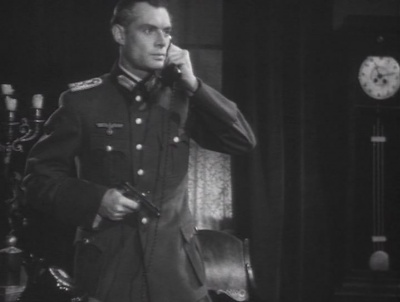 Pavel Petrovich Kadochnikov (July 16 (Old Style July 29), 1915 – May 2, 1988) was a Soviet actor, film director and screenwriter. He appeared in more than eighty movies. Among his most notable roles are Prince Vladimir of Staritsa in Sergei Eisenstein's Ivan the Terrible, Soviet intelligence officer Aleksey Fedotov in Secret Agent (Podvig razvedchika) (1947), the movie that became the predecessor and inspirer of all Soviet spy films, and Soviet fighter ace Aleksey Maresyev in Story of a Real Man. In 1979 he was awarded the title of the People's Artist of the USSR, and in 1985 the title of the Hero of Socialist Labor.