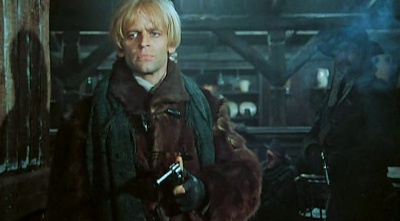 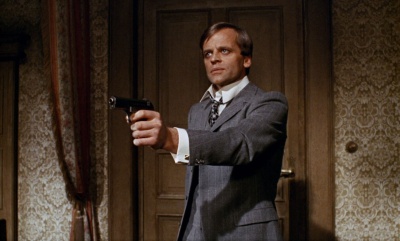 Klaus Kinski holds a CZ 27 as Dave Emerson in Creature with the Blue Hand (1967).

N.B. A popular legend about the filming of Aguirre, the Wrath of God (which took place on location in the Peruvian rain forest), holds that conditions were so harsh that director Werner Herzog had to carry a handgun to keep the cast and crew at work. Kinski denied the anecdote, stating firmly that there was only one gun on the location, and it was his (with which he shot off one of the extra's fingertips).