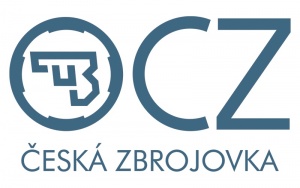 CZ (Česká zbrojovka Uherský Brod) is a renowned firearms manufacturer originally founded in Czechoslovakia, 1936. It was originally founded as an arms factory relocated away from Czechoslovakia's border with Germany. It initially produced the LK vz. 30 in the leadup to World War II, and subsequently produced weapons for Germany while under occupation. After the war, the Uherský Brod factory became independent of the nationalized Česká zbrojovka brand. Its first notable and successful design was the Sa 23 submachine gun series, followed by later success in the vz. 58 rifle, Sa vz. 61 Skorpion compact submachine gun, and the CZ 75 pistol.

After the end of the Cold War, Česká zbrojovka privatized and refocused its activities with the Uherský Brod plant. It has continued to develop modern variants of the CZ 75, new polymer frames/striker-fired pistols, the CZ Scorpion Evo 3 submachine gun, and the CZ BREN rifle series. A subsidiary in the United States, CZ-USA, was founded in 1997 in California. The following year, it relocated to the Kansas side of Kansas City, and is headquartered there today. In 2004, CZ acquired the Zbrojovka Brno factory as part of the joint stock holdings group. In 2005, CZ's parent holding group acquired Dan Wesson through CZ-USA. As of February 2021, beleaguered American manufacturer Colt has been acquired by the parent CZ Group. This deal also includes Colt Canada in Ontario.