Sitting on a Branch, Enjoying Myself 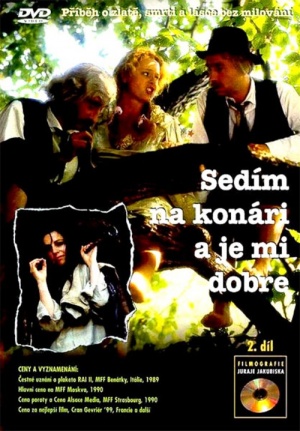 The following guns were used in the 1959 Czechoslovak film Sitting on a Branch, Enjoying Myself:

The officers of the Czechoslovak army and SNB worn as a service weapon CZ 27 pistols. 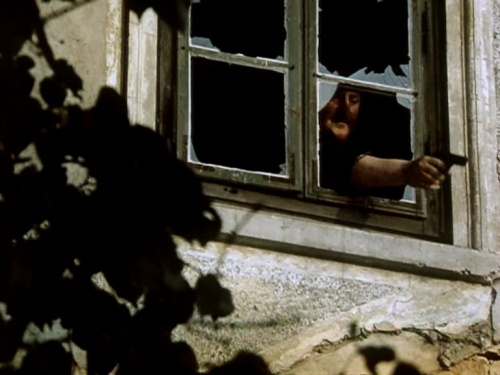 A member of SNB shoot with this pistol at fleeing Pepe. 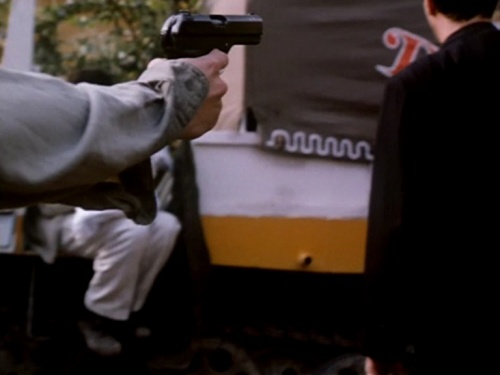 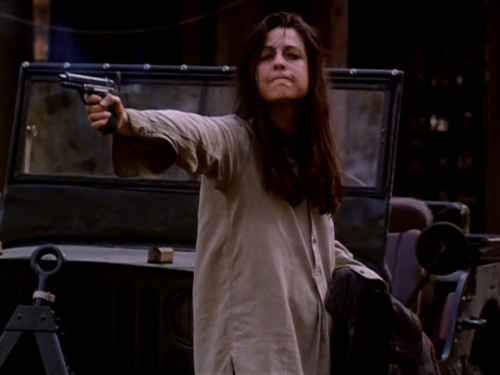 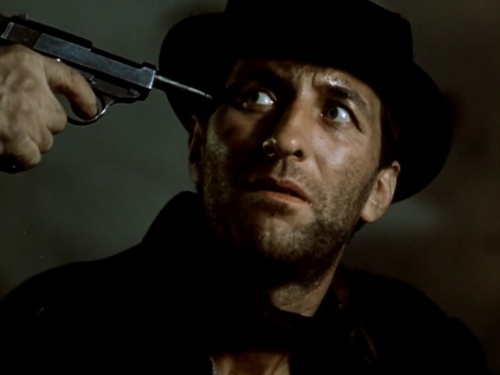 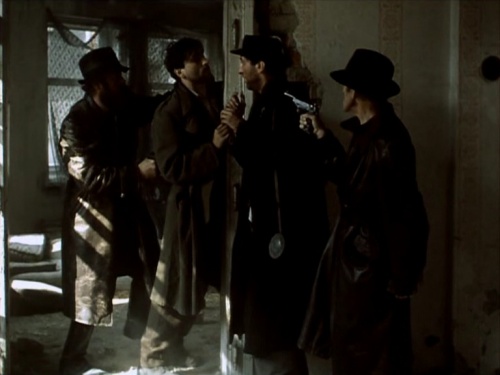 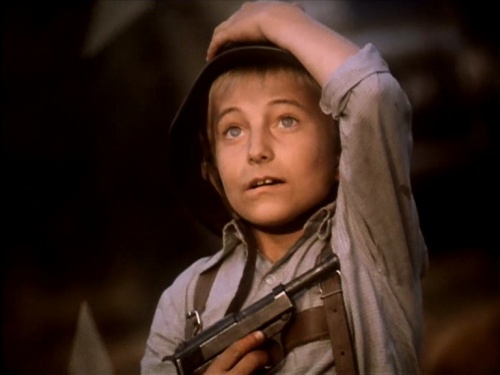 One of the little boys on the battlefield wore as his toy a German pistol.

Czechoslovak soldiers and partisans were armed with the Soviet PPSh-41 submachine guns. 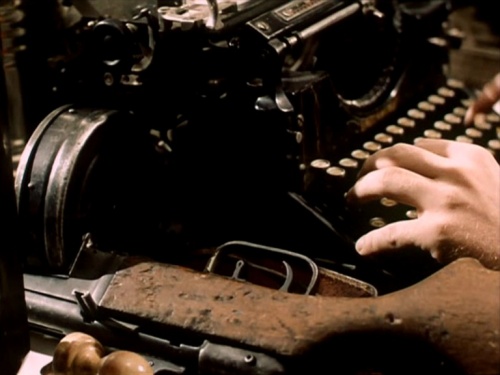 Soldier on questioning has on the table next to the typewriter a submachine gun. 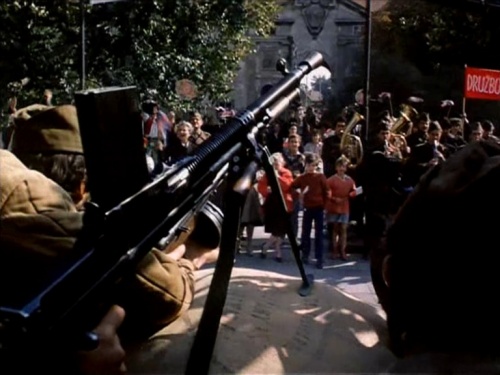 Soldier (left) fired a submachine gun into the air from the allegorical car.

Czechoslovak army soldiers and the partisans were armed with a VZ-24 Czech Mauser rifles. 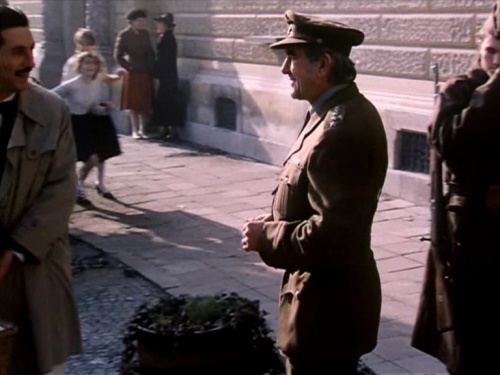 The crew chief (Stefan Kvietik) talks with Pepe. The soldier behind him carries to shoulder this rifle. 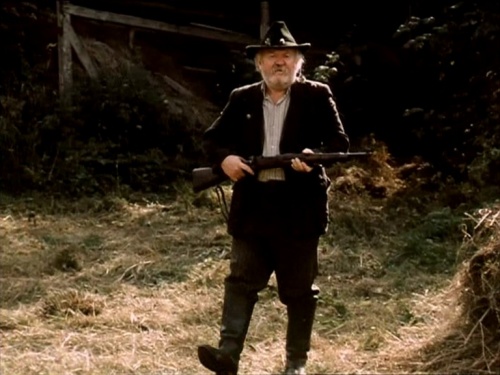 Soldiers riding on an allegorical chariot holding a machine gun. 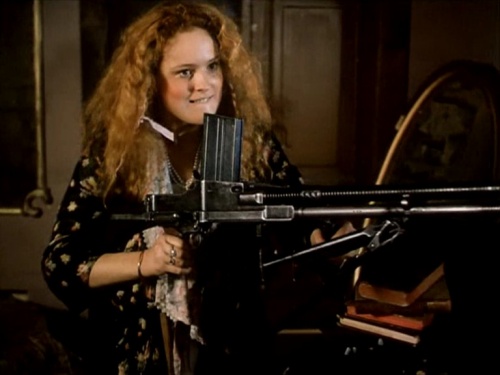 Esther pointed the gun into the room and pumped into wall the entire magazine. 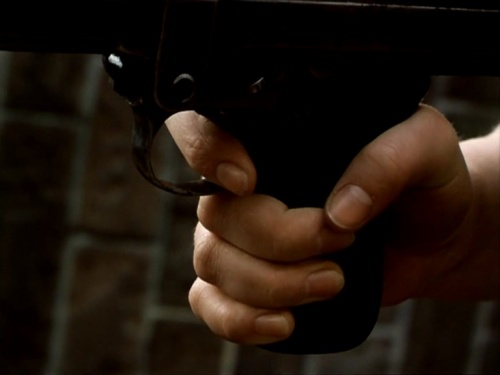 The boys found on the battlefield a loaded guns and used them as their toys. One of them fired a MP40 submachine gun. 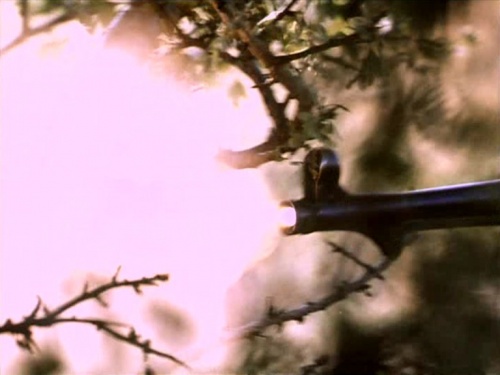 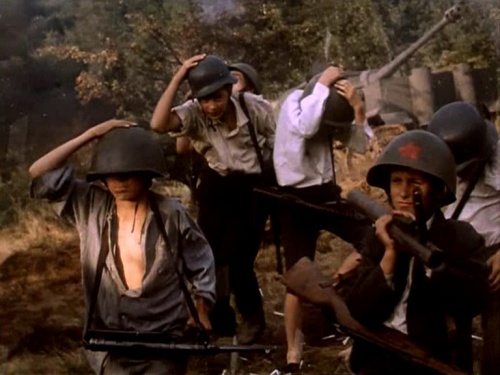 Among the weapons seized of boys were also the English Sten and the Soviet PPS-43 submachine guns. 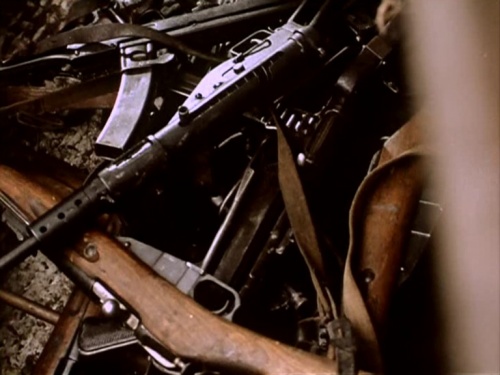 Another of the boys carrying Soviet Mosin Nagant M44 Carbine. 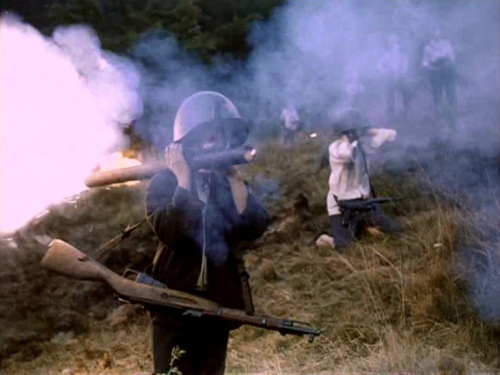 Polish soldier with M38 carbine on his back.

The leader of a group of boys destroyed the car using the Panzerfaust. 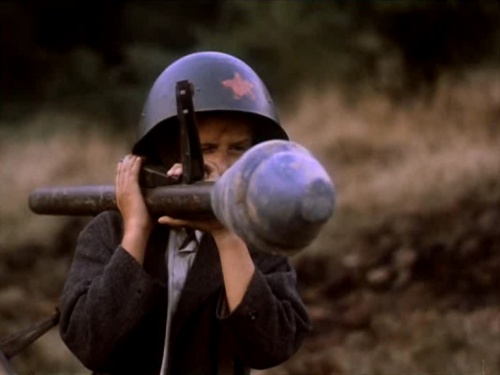 On the battlefield, but arms were also wrecks of Tiger I tanks. 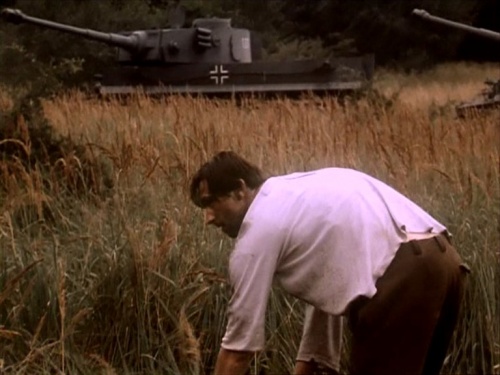