Creature with the Blue Hand (Die blaue Hand ("The Blue Hand") is a 1967 German detective movie directed by Alfred Vohrer. Despite the film was claimed to be adapted from the 1925 novel "The Blue Hand" by Edgar Wallace, in fact the plot differs radically from the book. Dave Emerson (Klaus Kinski) is on trial for the murder but is considered insane and admitted to Dr. Mangrove's lunatic asylum. An mysterious person helps Dave to escape. Dave returns to Emerson's castle and assumes the identity of his twin brother Richard who disappears without a trace. As the story continues, a masked figure with a blue iron hand begins to hunt for Dave's siblings. Most endangered is Dave's sister Myrna.

The following weapons were used in the film Creature with the Blue Hand (Die blaue Hand): 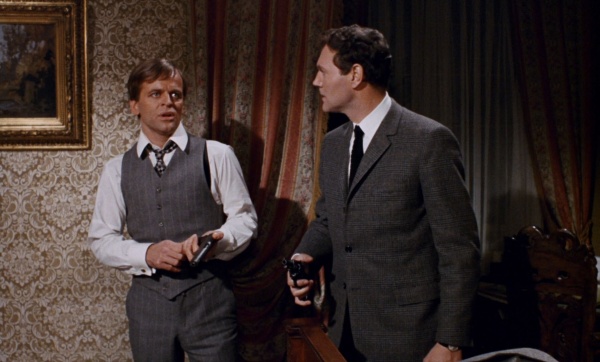 Inspector Craig with an HW-1 revolver and Dave Emerson with a CZ 27 pistol after the unsuccessful attempt to capture The Blue Hand. 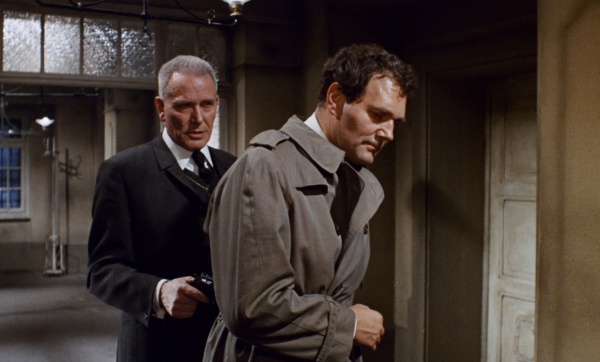 Dr. Mangrove surprises Craig in the scene in the asylum. 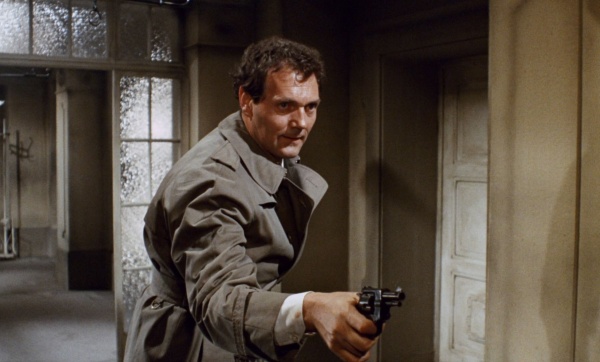 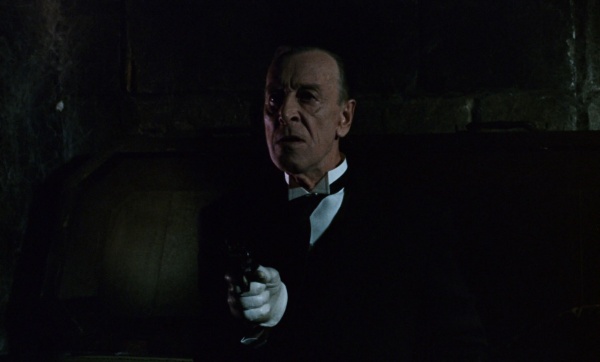 Butler Anthony holds a revolver when he searches the secret passage in the castle. 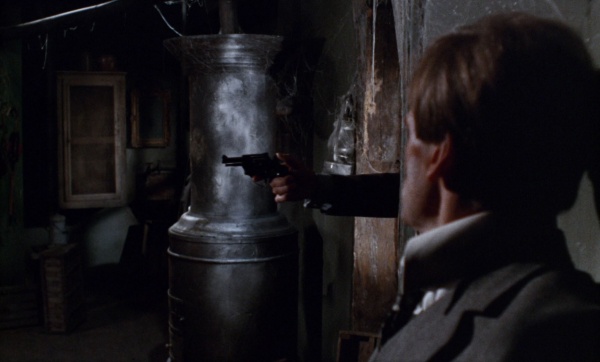 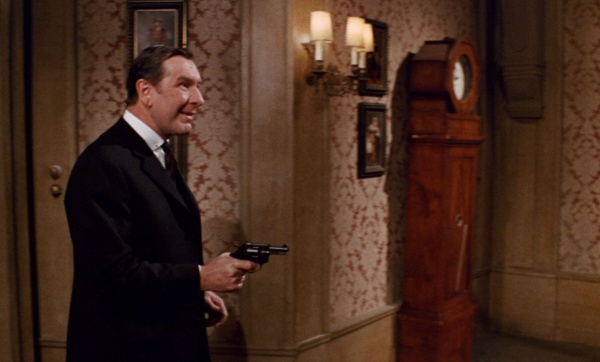 Douglas holds a revolver in the climactic scene.

Dave Emerson (Klaus Kinski) carries a CZ 27 pistol. In one scene he surrenders the gun to Inspector Craig (Harald Leipnitz). 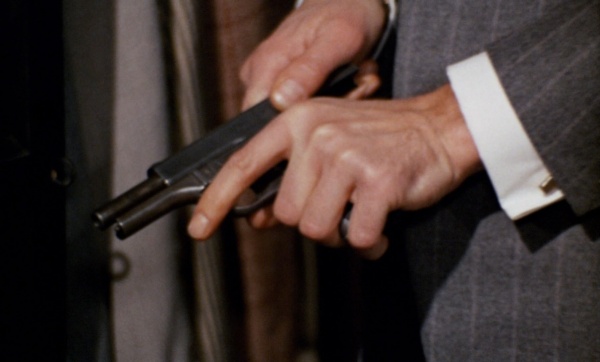 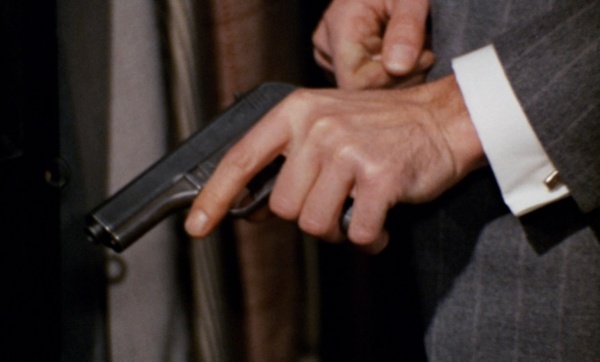 Dave cocks the gun that he found in his brother's wardrobe. 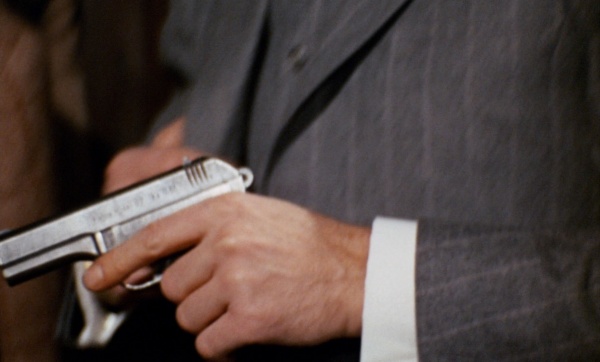 Dave puts the pistol with cocked hammer in his pocket (quite an unsafe action). 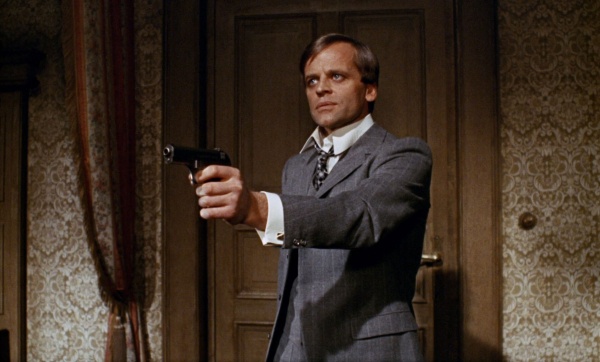 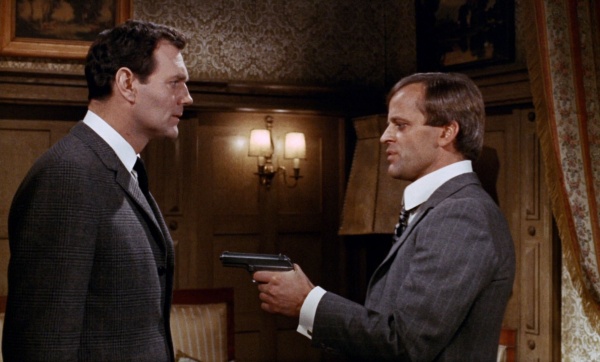 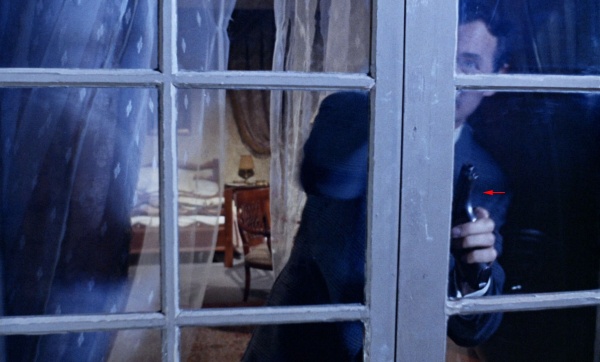 Craig holds the pistol when he tries to chase The Blue Hand. 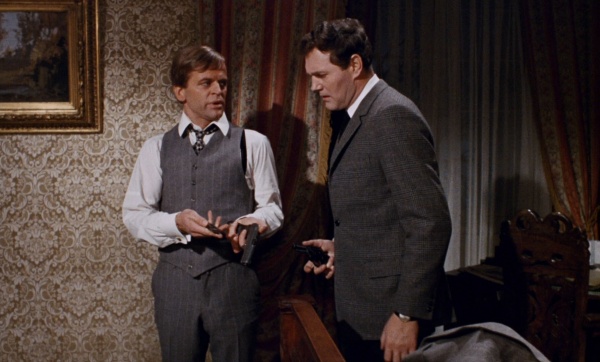 Dave finds out that someone covertly unloaded his pistol.