The AS Val is an assault rifle. It is equipped with a folding stock, pistol grip, and generally uses 20-round magazines (also usable by the VSS Vintorez), and it uses a slightly different 9x39mm round. It can also use a PSO-1 scope like the VSS Vintorez.

The VSS Vintorez (Vintovka Snayperskaya Spetsialnaya) is a sniper rifle. It features a wooden stock, a PSO-1 scope, and normally uses 10-round magazines to facilitate easier use of the weapon from a prone position, though it can use 20-round magazines. 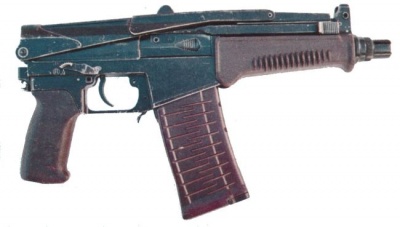 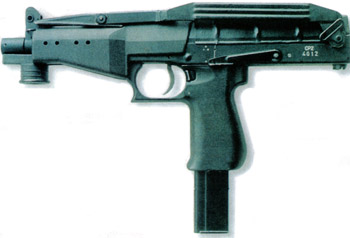 Derived from the SR-1 Vector pistol, the SR-2 Veresk Personal Defence Weapon fires the proprietary 9x21mm SP-10 round designed to penetrate most body armour (despite the similarity in size, it is not identical to the 9x21 IMI round). It is gas operated, and its mechanism is similar to the SR-3 compact Assault Rifle. Both the SR-2 and the SR-2M (M for Modernized) can use 20- to 30-round magazines and feature a folding buttstock. The SR-2M however allows for red dot sights to be mounted, as well as possessing a folding vertical foregrip near the muzzle.

SR-2MP - 9x21mm. An improved version of the SR-2M Veresk with Picatinny rails on the receiver cover, forend. It is also now possible to install a silencer and stock of a modified shape.

Translation notes: "SR-2" stands for "Spetsialnaya Razrabotka 2" in Russian, which means Special Development 2 in English. "Veresk," the weapon's codename, is the Russian word for the "Heather" plant. Other weapons with the SR designation includes the SR-3 Vikhr seen above and the SR-1 Vektor.