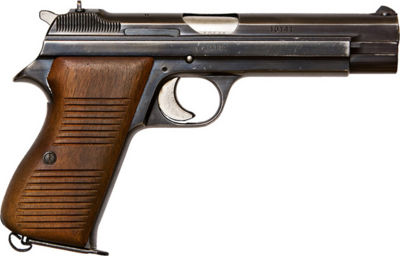 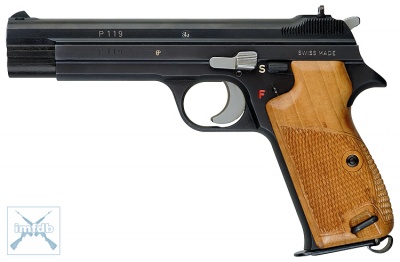 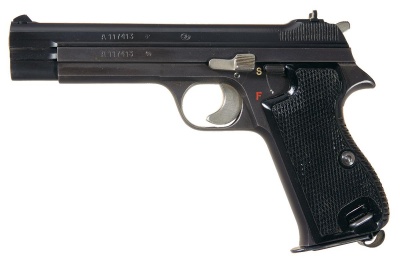 Developed from the French Mle 1935A chambered in 9mm. Not initially satisfied with the design, SIG went through no less than 11 prototypes (including one with a double stack 16 round magazine) before settling on the 47/8 model, renamed P210 in 1957. Adopted by the Swiss Army, who used it until replacement by the SIG-Sauer P220 in 1975 and the Danish military as the M/1949, where it is still the main pistol to this day.