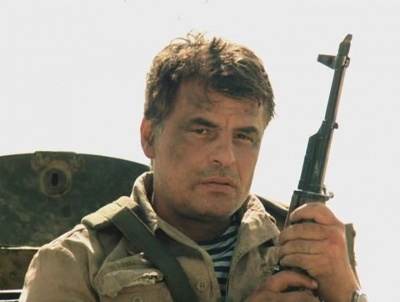 Michele Placido with AKMS as Major Bandura in Afghan Breakdown (1990).

Michele Placido (born May 19, 1946) is an Italian actor and director. From 1972 he appeared in about 100 movies and TV series. His most notable role is Corrado Cattani in the TV series La Piovra.

For the films directed by Michele Placido, please visit the talk page.