It Happened in Broad Daylight

It Happened in Broad Daylight is a 1958 Swiss-German-Spanish movie directed by Hungarian director Ladislao Vajda. The crime thriller, whose screenplay was written by the Swiss author Friedrich Dürrenmatt (Das Versprechen; The Pledge), tells of the search for a child murderer. The Zurich cantonal policeman Dr Matthäi actually wants to travel to Jordan as an instructor. His latest case is the gruesome murder of little Gritli Moser. In a weak moment, he promises the parents to solve the case and now feels bound to his promise. A suspected murderer is arrested, but Dr. Mathäi does not believe in his guilt. In his desperation, he takes on the girl Annemarie, who looks a lot like Gritli, and uses her as bait to catch the child murderer.

While Heinz Rühmann as the obsessive criminalist not only has sympathetic traits, Gert Fröbe's sensational portrayal of the child murderer recommended him for his later appearance as the villain in the James Bond film Goldfinger.

The following weapons were used in the film It Happened in Broad Daylight: 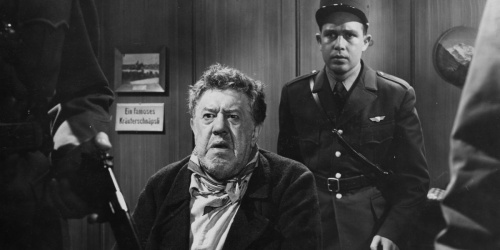 A promotional picture shows a held P210. This is the only time that the pistol is actually seen. 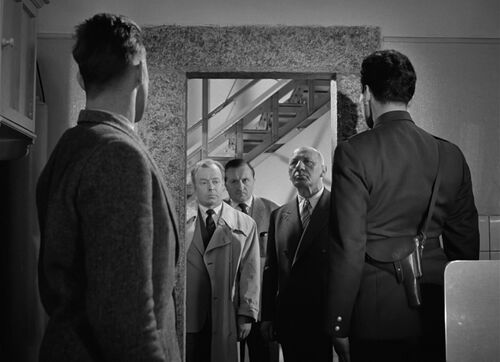 The P74 Pistolentasche holster is carried by the police officer on the right. 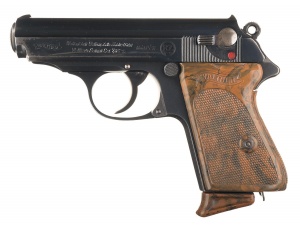 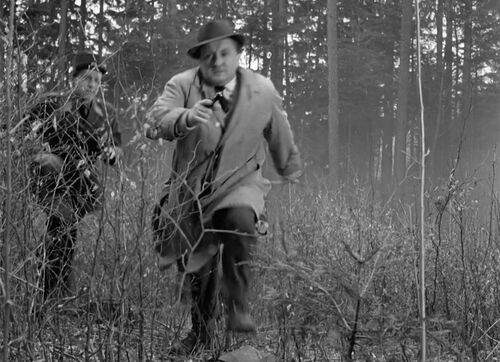 Lt. Henzi runs with his pistol in his hand. 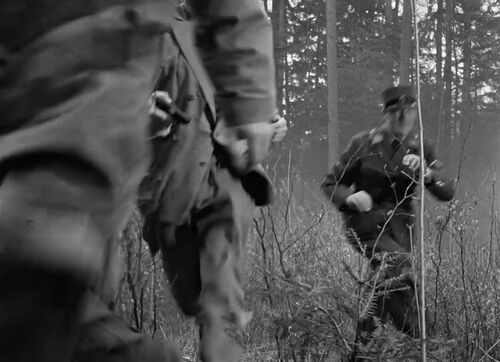 Another blurred view of Weber's pistol.

Two 12 Gauge Double Barreled Shotgun are seen hanging on the wall in the living room of Albert Schrott (Gert Fröbe) and his wife (Berta Drews). 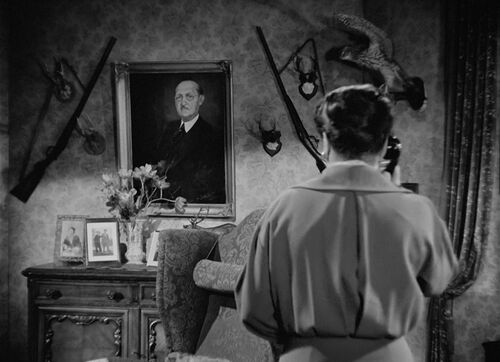 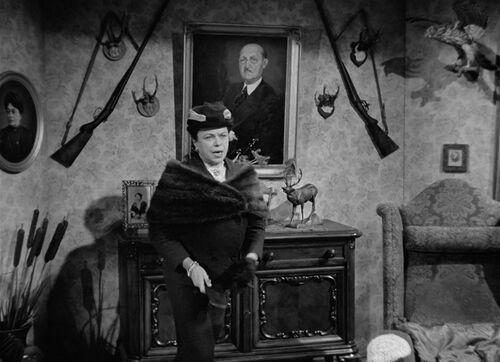