The SIG-Sauer P238 is a small frame .380 ACP semi-auto handgun based on the Colt Mustang design and has been produced since 2009. It is available in many different slide/frame/grip color variations. It was SIG-Sauer's first serious attempt into the CCW market, as many of their previous designs were unsuccessful. A 9mm version, the SIG-Sauer P938, was introduced in 2012. 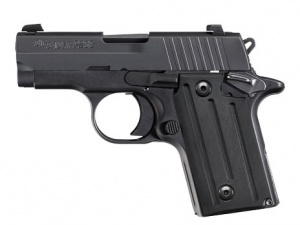 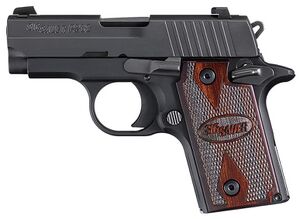 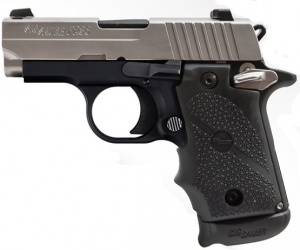 The SIG-Sauer P238 and variants can be seen in the following films, television series, video games, and anime used by the following actors: 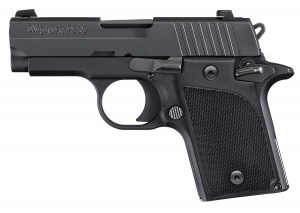