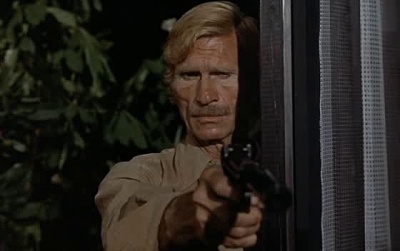 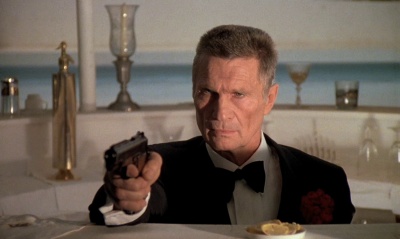 Gordon Mitchell (born July 29, 1923 in Denver, Colorado as Charles Allen Pendleton – died September 20, 2003 in Marina Del Rey, California) was an American actor and bodybuilder. During World War II he served in Europe and was taken prisoner and then worked as a teacher. As a soldier he graduated also the Korean War. From his youth is dedicated to bodybuilding. Like other athletes, sensing opportunities in Italy, where at the late fifties came to the word genre called " Sandals and swords". During the sixties it became a popular representative of villains. His the most significant role is the character assassin Moskovitze in the comedy Umbrella Coup (Le Coup du parapluie) (1980). At the end of the eighties Gordon Mitchell returned to USA, and other a filming offerings accepting only exceptionally. Shortly before his death, was awarded of a lifetime achievement award at a film festival in Los Angeles. Gordon Mitchell died due to a heart attack 20 September 2003 at the age of 80 years.