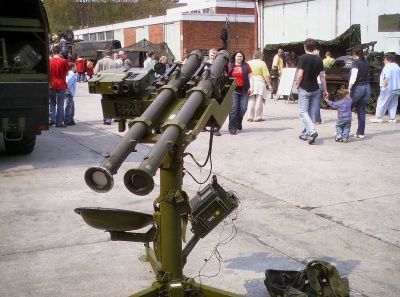 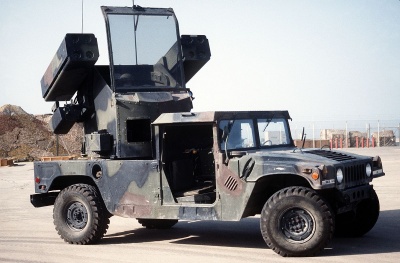 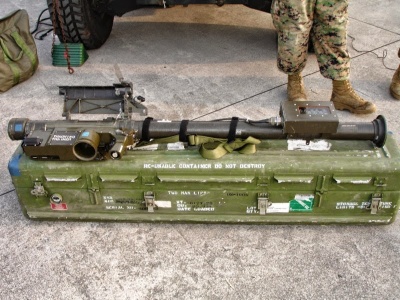 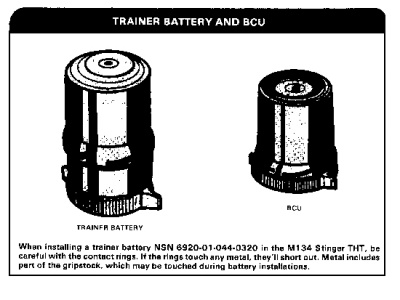 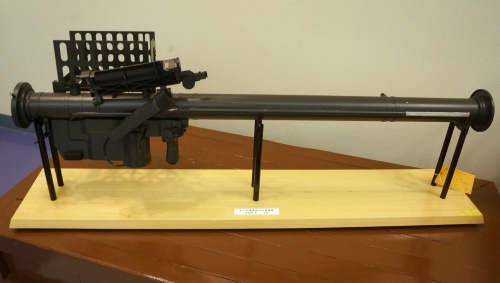 Type 91 MANPADS launcher on static display - 80mm. Note that the IFF antenna has two rows of half-height holes instead of one row of full-height holes, there is a rectangular device mounted diagonally on the side of the launcher directly below the sight that appears to be some kind of second eyepiece, and it has a short, broad muzzle that looks almost the same as the tailcone rather than the longer and flatter muzzle of the Stinger.
Retrieved from "https://www.imfdb.org/index.php?title=FIM-92_Stinger&oldid=1437093"
Categories: