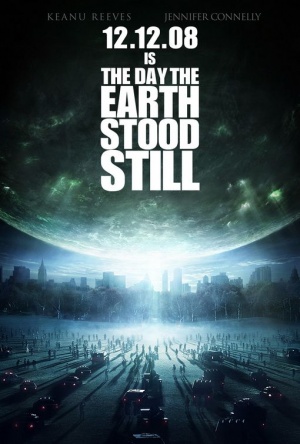 The Day the Earth Stood Still is the 2008 feature film remake of the 1951 science fiction classic of the same name. Keanu Reeves stars in the film as Klaatu, an alien being who has arrived on Earth bearing a message that could affect the entire human race. The film was directed by Scott Derrickson and co-stars Jennifer Connelly, Jaden Smith, and Jon Hamm.

The following weapons were used in the film The Day the Earth Stood Still:

When Klaatu's (Keanu Reeves') ship first arrives in Central Park, the NYPD officers at the scene are armed mostly with Glock 19s.

Two NYPD officers aim their Glock 19s at Klaatu's ship, while a soldier with an M16A4 crouches in the foreground.

Another NYPD officer with a Glock 19.

When Klaatu is being interrogated, a U.S. soldier guarding him has a pistol in a thigh holster which appears to be a SIG-Sauer P226, though this is not certain.

A soldier stands guard with what appears to be a SIG-Sauer P226 in his thigh holster.

The New Jersey state trooper who tries to arrest Klaatu is armed with a Beretta 92SB. 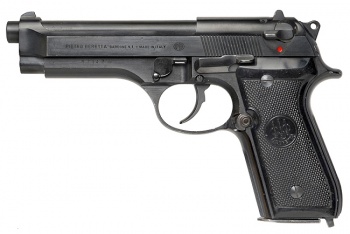 A New Jersey state trooper radios for backup while holding his Beretta 92SB on Klaatu.

Another shot of the same NJSP state trooper holding his Beretta 92SB.

Most of the U.S. soldiers in the movie use M16A4 assault rifles which have had the removable carry handles left on (instead of removed to attach optics)

Two soldiers crouch down with M16A4s at the ready.

A soldier with an M16A4 takes aim. Note the knobs for the detachable carry handle on the receiver.

Another soldier with an M16A4.

Some of the U.S. soldiers in the movie also carry M4A1 Carbine assault rifles fitted with various accessories from the SOPMOD kit.

U.S. soldiers standing ready; the one in the center has an M4A1 with the carry handle left on.

A female soldier talks on her radio with an M4A1 in hand, while another soldier aims an M16A4 in the foreground.

A closer shot of a Remington 700PSS' barrel.

The Browning M2HB heavy machine gun is one of the most commonly-seen weapons in the movie, mounted on many of the Humvees and other U.S. Army vehicles seen throughout the film.

A soldier carries a Browning M2HB to be set up at a checkpoint in New Jersey.

A Humvee pulls up in Central Park when Klaatu arrives, with an M2 gunner at the ready.

A close-up of the M2HB's receiver after the gunner in the Humvee has cocked it.

The gunner stares in shock at Klaatu's ship.

Two machine-gunners in Humvees fire at GORT with M2HBs after the robot escapes the missile silo where it's being held.

When the US Army converges on the landing site of Klaatu's ship in Central Park, one of the vehicles is an M1097 Heavy Humvee fitted with the AN/TWQ-1 Avenger air defense system armed with twin four-tube FIM-92A Stinger missile launchers and one FN M3P heavy machine gun. 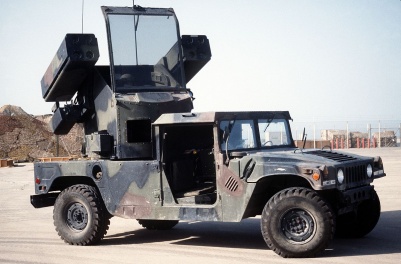 In the news footage of rioting seen on the TV, a riot police officer is armed with a DefTech 1315 which he fires at a group of rioters. 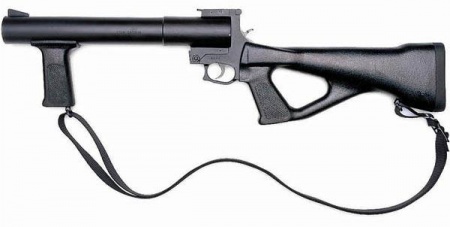