The Colt Model 1902 is a short-recoil, semi-automatic pistol, designed by famous American arms designer John Browning. It was made in two versions: the Colt Model 1902 Military and Model 1902 Sporting pistols. It was then followed by the smaller Colt Model 1903 Pocket Hammer. The Colt 1902 Pistols were produced from 1902 to 1928 with a total of 18,068 Military models and 6,927 Sporting models. 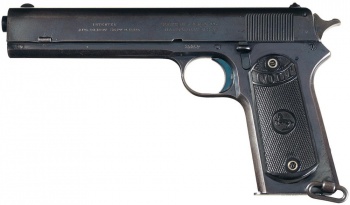 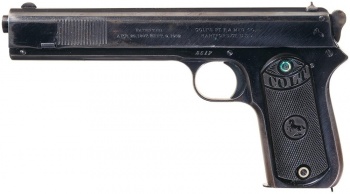 The "Sporting" model was more of a transitional version than the variant of M1902. When Colt created the Model 1902 to meet military requirements, there were still many parts and tooling from the production of the previous M1900. In order not to waste it, some changes were made to them from the M1902, and the resulting pistols were sold on the civilian market.