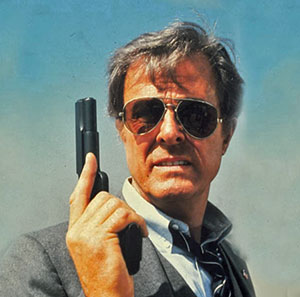 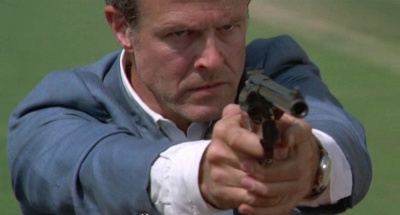 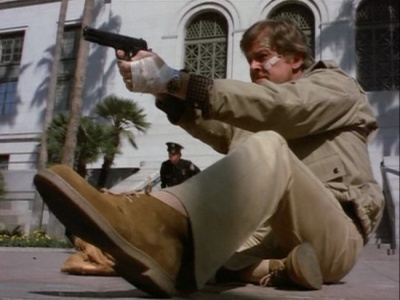 Robert Culp armed with a Colt Government as Bill Maxwell in The Greatest American Hero.

Robert Culp was an American actor whose lengthy acting career often was in tough guy roles, the majority of which was on television. Among his most well known television roles included as Kelly Robinson in the series I Spy in addition to his role as Bill Maxwell in the cult series The Greatest American Hero. He also directed the feature Hickey & Boggs, which reunited him with his I Spy co-star Bill Cosby. A lifelong shooter, Culp competed in skeet shooting in his earlier days when he wasn't acting and won several competitions. He remained a gun owner until the day he died. He was also an accomplished athlete when he was a student. He was 79 years old when he died in 2010.