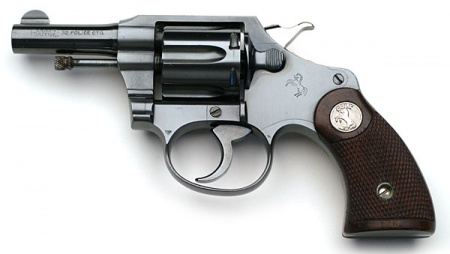 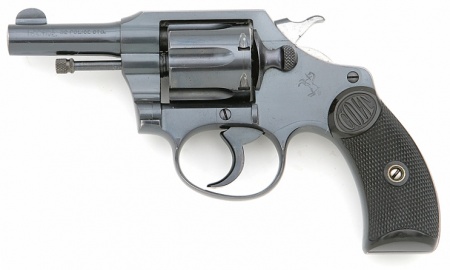 The Colt Pocket Positive revolver was the improvement of the previous New Pocket model, with the addition of Colt's new "Positive Safety" feature. The Positive Safety was a steel bar that retracted down inside the action as the trigger was pulled and allowed the hammer to move forward and fire the cartridge. This added an additional layer of safety to the Colt rebounding hammer safety feature of the New Pocket and made it more safe if the gun were to be dropped on the hammer. The Pocket Positive First Issue had "knife blade" front sights and was produced from 1905 to 1927. The Pocket Positive, Second Issue was the same gun only with a matted top strap, wider sights and available with a 2" barrel. It was produced from 1927 to 1940.

The Colt Pocket Positive and variants can be seen in the following films, television series, video games, and anime used by the following actors: