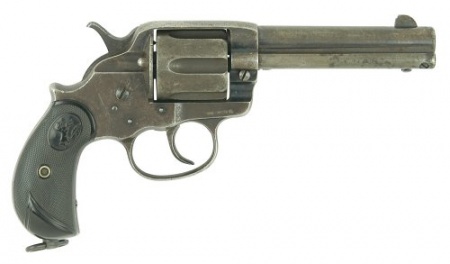 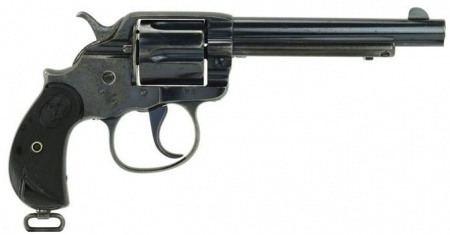 The Colt 1878 is double action revolver by Colt, following the small frame 1877 Colt Lightning. The 1878 would reuse several Single Action Army parts (such as ejector rod assembly) for economy. Unfortunately the revolver suffered from light strikes on the hardened primers of military ammunition and only sold 31,000 units over its 30 years of production despite its wide range of caliber offerings. Attempts to correct the issues with light strikes led to the Colt 1902 Revolver. The 1902 was given much heavier spring, resulting in a distinctive large trigger that was intended to give greater leverage on the exceptionally long trigger pull this spring change resulted in. The 1902 was used as a stop-gap till the adoption of the Colt 1911 after the Philippines conflict revealed the flaws of the Colt New Army & Navy.

The "Colt 1878 Double Action" has been used by the following actors in the following movies, television series, anime, and video games: