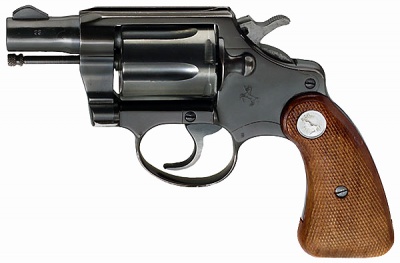 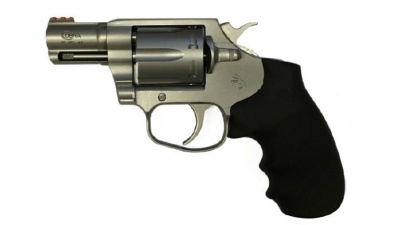 The Colt Cobra is a snubnose revolver, and is a lighter version of the Colt Detective Special. The Colt Cobra was preferred by detectives and policeman over the competing Smith & Wesson revolvers at the time. Colt reintroduced the Cobra in January 2017. The reintroduction marked Colt's return to manufacturing double action revolvers, however the design was significantly different, utilizing a steel frame, but also a larger trigger guard, ejector rod shroud, fiber-optic front sight and different finish.

The Colt Cobra is also known to be the revolver used by Jack Ruby to shoot and kill Lee Harvey Oswald, President Kennedy's alleged assassin on November 24, 1963, after the President had been shot 2 days prior. The revolver is seen in the iconic photograph that captured the moment Oswald was shot. Ruby's revolver was equipped with a hammer shroud, meaning he likely did not cock the hammer before shooting Oswald.

The Colt Cobra and variants can be seen in the following films, television series, video games, and anime used by the following actors: