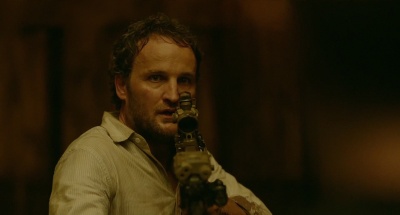 Jason Clarke as Malcolm hold an FN SCAR-L as Malcolm in Dawn of the Planet of the Apes.