The following weapons were used in the anime film Case Closed: Jolly Roger in the Deep Azure:

Officer Miwato Sato briefly holds the Nambu Model 60 at the start of the movie. 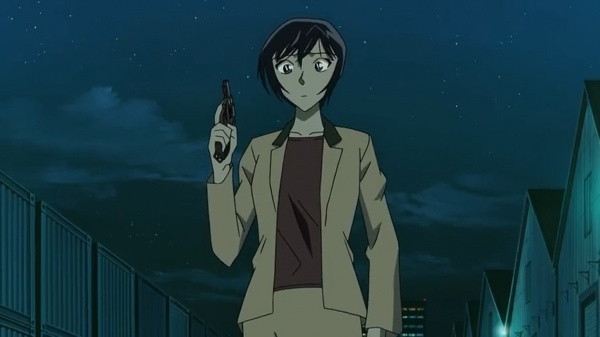 Mary Read owns the Flintlock Pistol. Later it can be seen in the hands of Matsumoto Mitsushi. 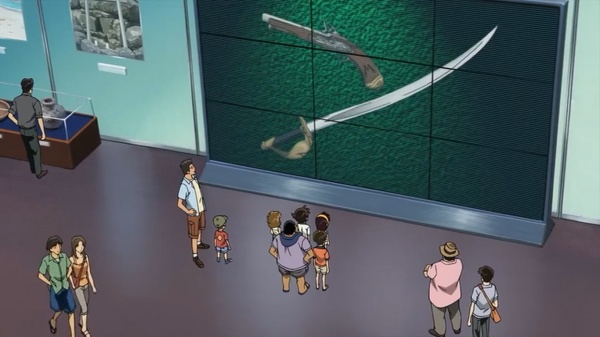 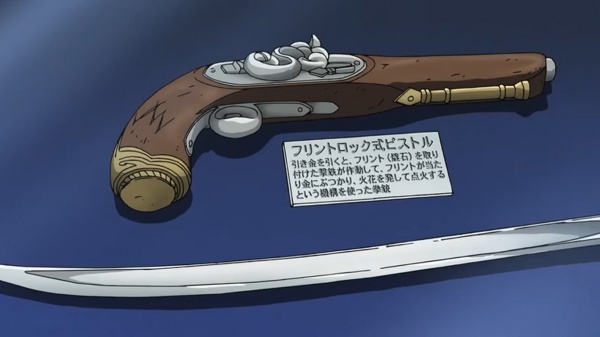 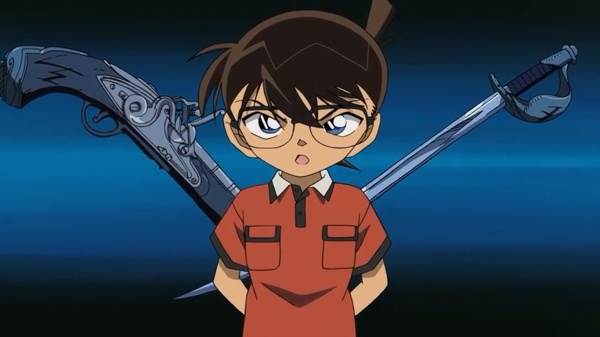 Pistol at the background. 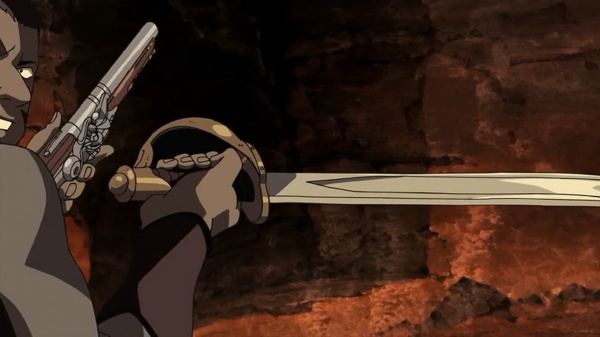 Matsumoto with the Flintlock Pistol. 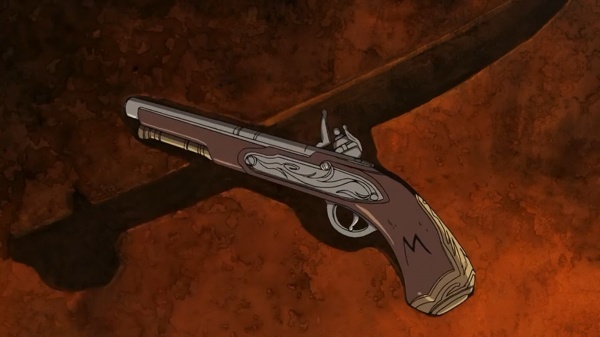 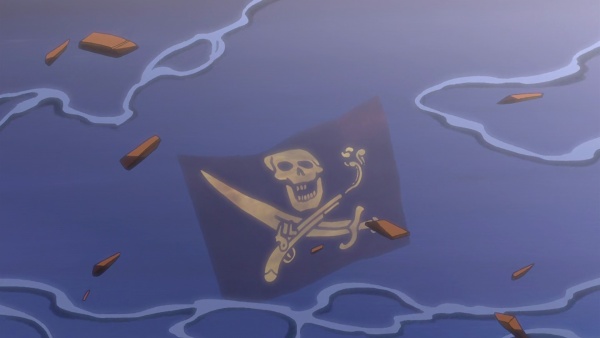 The black Jolly Roger flag with the flintlock. 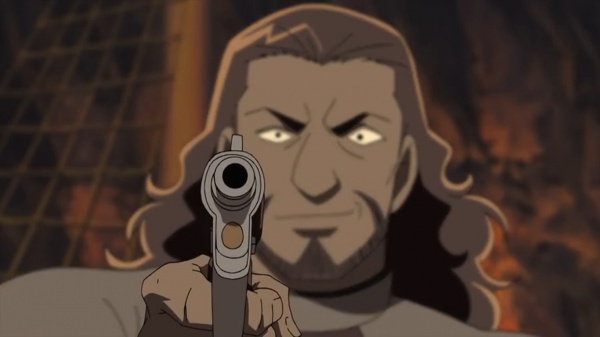 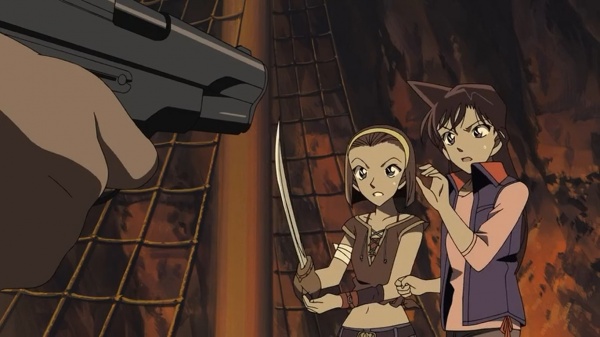 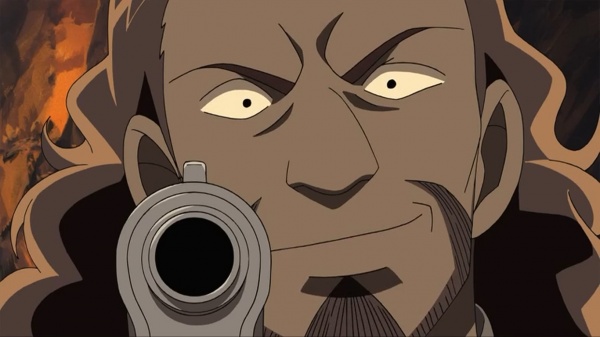 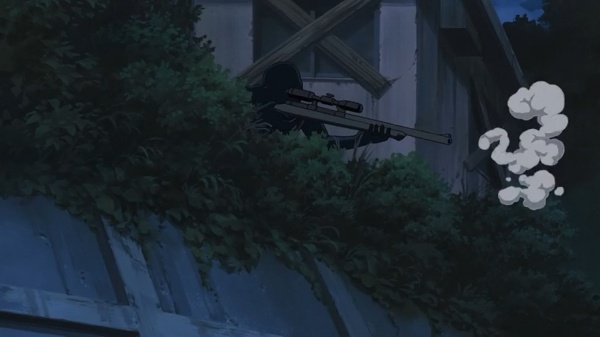 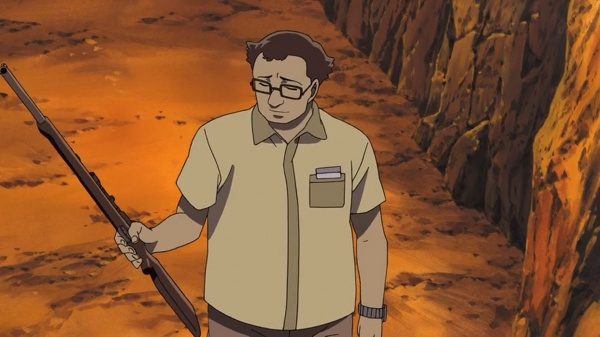 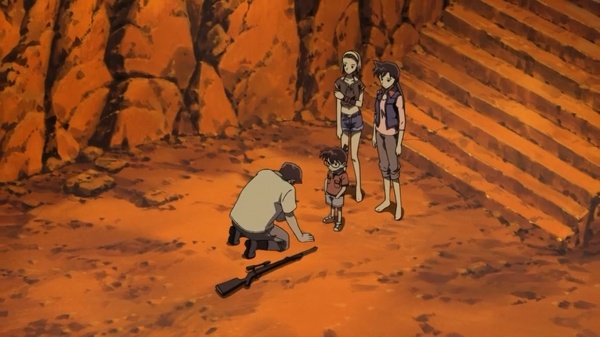 Rifle on the ground. 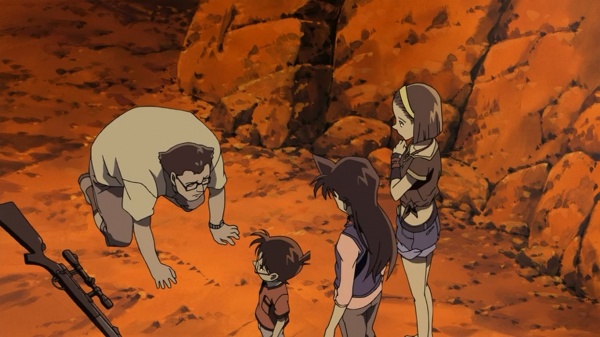 Naval cannons can be seen during the ED sequence, "Nanatsunoumi o Wataru Kaze no you ni". 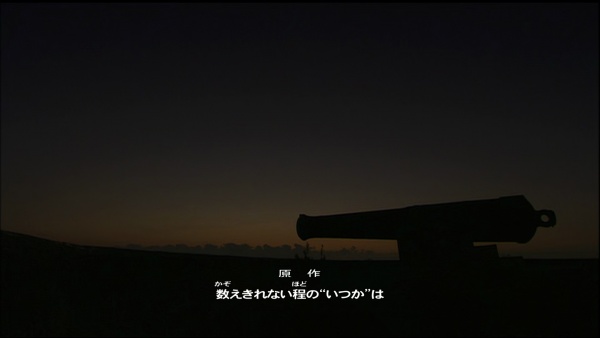 An actual static cannon in the ED sequence, "Nanatsunoumi o Wataru Kaze no you ni".