Case Closed: The Fourteenth Target or also known as Detective Conan: The Fourteenth Target (名探偵コナン 14番目の標的 Meitantei Konan: Jūyon-banme no Tāgetto), is the second Case Closed movie. One night, Ran awakens from a terrible nightmare in which her mother was shot. Ran does not suspect her evil premonition could soon become a terrible reality, as a mysterious series of attacks begin in her environment. Among all the sacrifices strange objects are found: a sword, a paper-flower, and a spear-grip. Conan quickly recognized the system behind the various things symbolize Jack, Lady and King, the 11th and 13th card of a card game.

The following weapons were used in the anime film The Fourteenth Target:

The Nambu Model 60 plays an important role and is first seen in Ran's nightmare firing at her mother Eri Kisaki. Later it is used by her father Kogoro Mori and Jo Murakami, who disarmed a police officer, in a flashback. In the climax of the movie, Inspector Ninzaburo Shiratori draws his Nambu and aims at Kohei Sawaki after he uses Ran as a human shield. Conan also make use of this revolver. 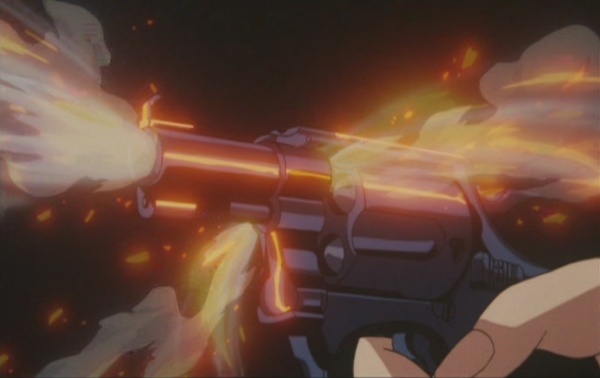 The revolver being fired at Eri during Ran's nightmare. 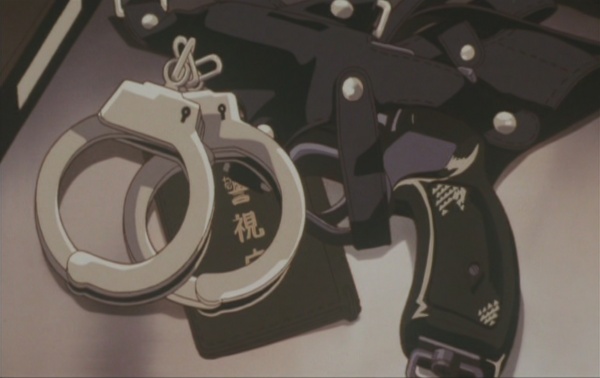 Kogoro's holstered Nambu, handcuffs and police identity card on a tray prior to resigning from the Tokyo Metropolitan Police in the flashback. 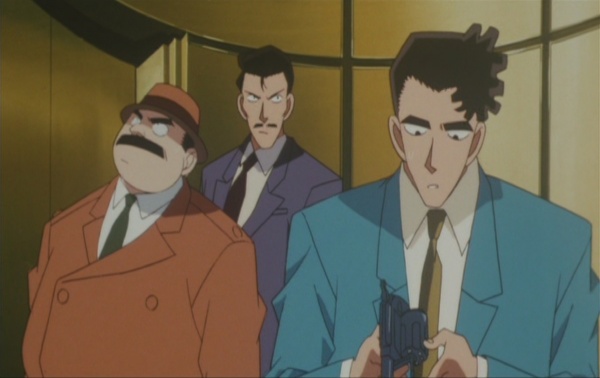 Kogoro:"Inspector, how good is Shiratori with a gun?"
Megure:"He's as bad as I am."
Shiratori performs an ammo check in the elevator. 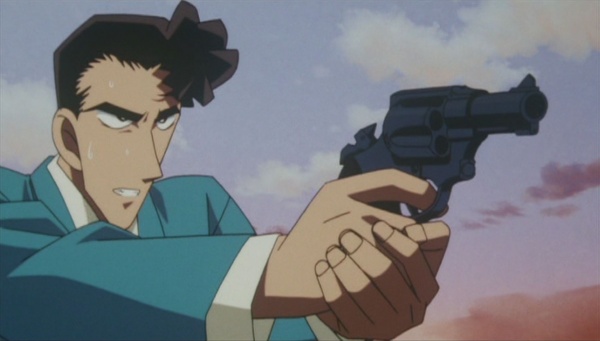 Conan:"His hands are shaking! He'll hit Ran if he shoots."
Ninzaburo Shiratori nervously holds the Nambu Model 60 at the hijacker, who uses Ran as a human shield. 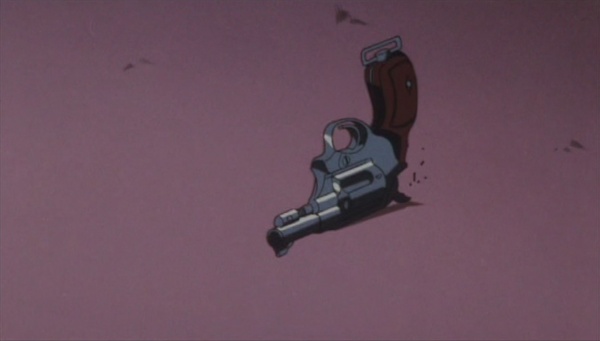 Shiratori tosses his sidearm to Sawaki after he threatens to kill Ran. 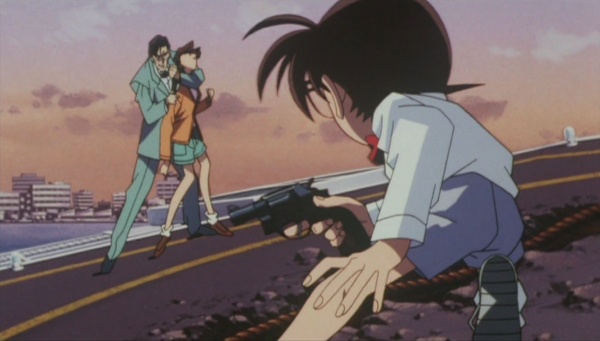 Conan is forced to pick up the Nambu and give it to Sawaki. 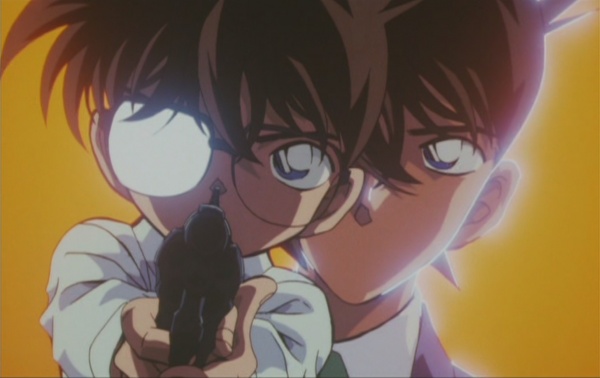 Ran sees a similarity with Shinichi while Conan taking aim at both of them. 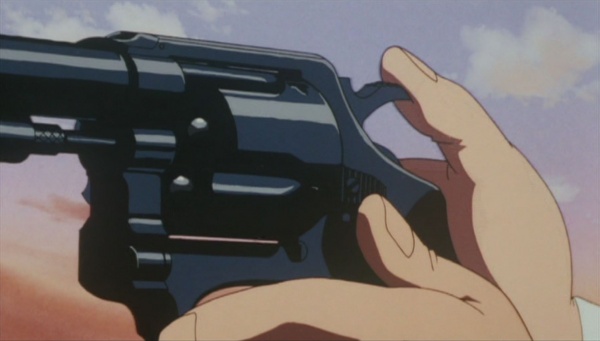 Conan cocking the hammer of the Nambu after realizing why Kogoro shot at his wife at this time. 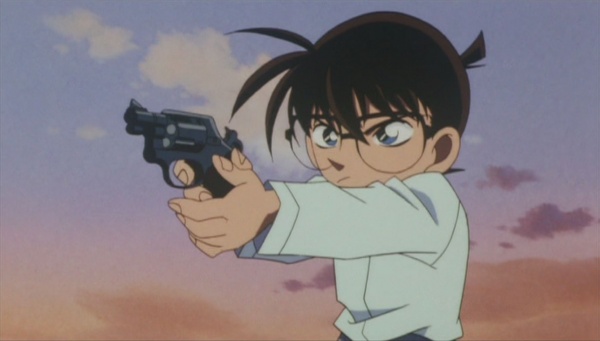 Conan aiming Shiratori's revolver before he fires and being affected by the strong recoil. 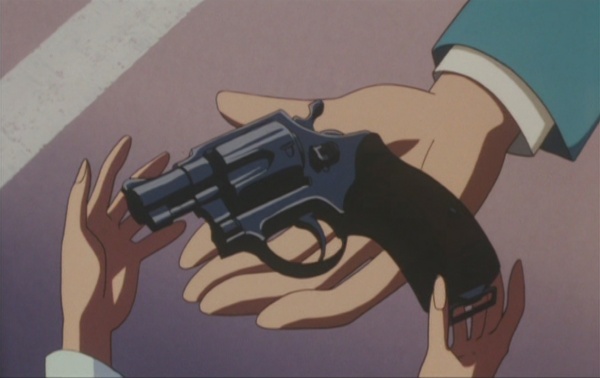 Conan:"He suddenly jumped at me, so I got surprised!"
He gives Shiratori the Nambu back. You can see the entire weapon. 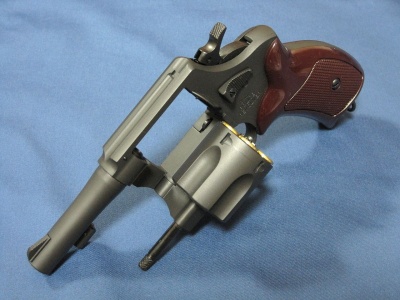 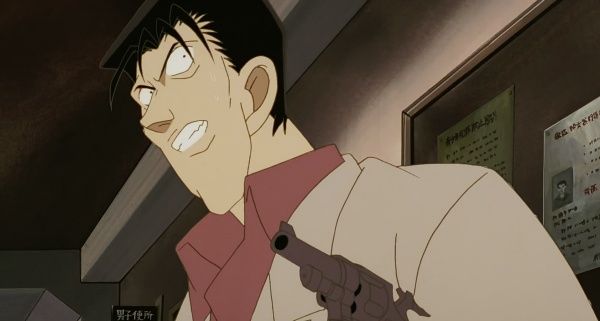 Murakami with a Model 60 stolen from a uniformed officer after he escaped from his cuffs.

At the end, Conan explains that he has learned his good shooting skills while on a trip in Hawaii. The revolver which he uses is a Smith & Wesson Model 29. 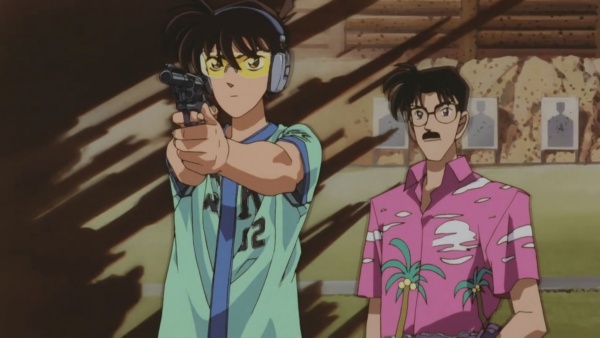 Shinichi holds the revolver under the supervision of his father Yusaku. This is actually done with gun shops/ranges in Hawaii catering to tourists who reside in countries/territories that have strong gun restriction laws like Japan, South Korea and Hong Kong/Macau.

The killer uses a crossbow to wound Inspector Megure and Professor Agasa. 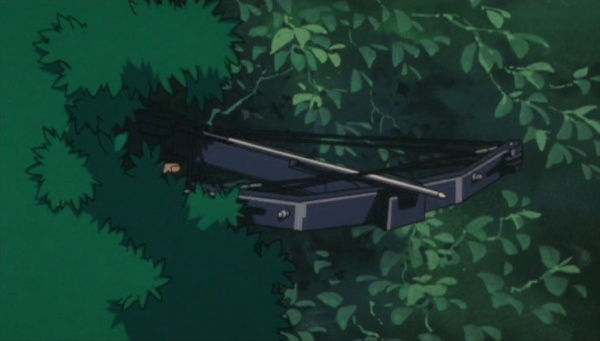 The killer fires the crossbow at Megure while he is jogging. 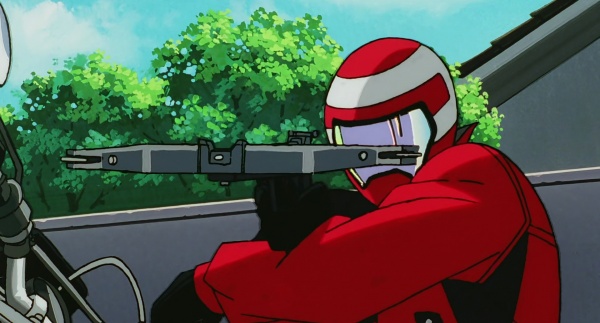 The crossbow aimed at the direction of the Agasa residence. 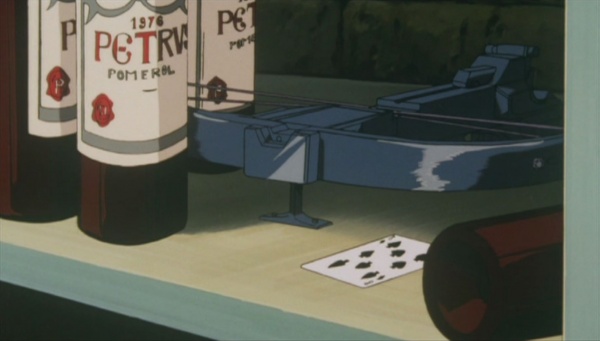 Full view of the crossbow placed in a wine shelf.