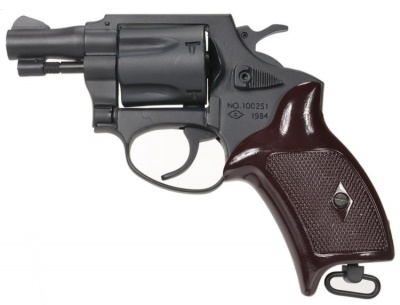 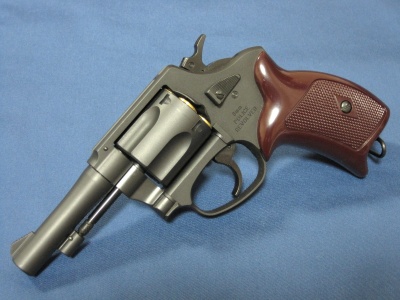 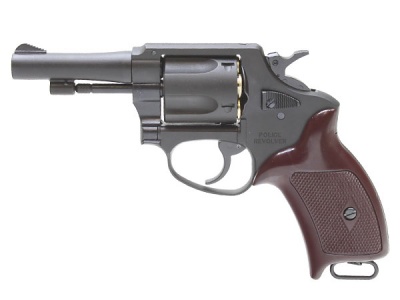 The Nambu Model 60 is a double/single-action, solid-frame, swing out cylinder revolver. The Model 60 was adapted from the Smith & Wesson Model 36 to be the standard-issue handgun for Japanese police officers. Nearly 60 years on, the Model 60 is still performing this role, as regular uniformed police in Japan simply do not need a more powerful handgun. For situations when more firepower may be required, Japan's Special Assault Teams have a wide range of modern semi-automatic firearms available, such as the Smith & Wesson 3913, Heckler & Koch USP, Glock 19, SIG-Sauer P226 and Beretta 92FS Vertec.

In typical Japanese fashion, the Nambu Model 60 was produced with precision and attention to detail. This makes it very accurate for such a short-bareled revolver, being able to achieve 50-mm (2") target groupings at 25 meters in single-action operation. Its accuracy was such that a sporting model called the New Nambu Model 60 Sakura was planned. This would have had features like a weighted 153-mm (6") barrel and adjustable rear sights for more accurate target shooting, but the Sakura never progressed past the prototype stage.

When distinguishing a Model 60 from the S&W Model 36, things to look for are the distinctive Bakelite butt, which has a flare to accommodate the user's pinky, behind which is a lanyard ring. As an aside, the butts on airsoft replicas are usually made out of more modern plastics, which helps to distinguish them from genuine Model 60s. There is also the barrel, which has a very distinctive taper towards the point where it meets the frame. Compare this to the Model 36, whose barrel only has a slight taper that is constant from muzzle to frame. The Nambu's front sight is also shorter than that of the Model 36; while the snub-nose Model 36 has a front sight that goes back almost to the frame, the snub-nose Model 60's front sight is truncated around the middle of the barrel's exposed section. It should never be assumed that just because a piece of media is set or even filmed in Japan, a Model 60 is being used by Japanese police characters. Genuine Model 60s are very hard to get hold of as movie props, and thus the S&W Model 36, or even bigger six-shot revolvers like the Colt Detective Special are used as substitutes. Do note that the former has been used by Japanese law enforcement agencies to replace their old Model 60s in recent years.

The Nambu Model 60 and variants can be seen in the following films, television series, video games, and anime used by the following actors: