Case Closed: The Private' Eyes Requiem or also known as Detective Conan: The Private Eyes' Requiem (探偵たちの鎮魂歌, Tanteitachi no rekuiemu) is the tenth Case Closed movie. Conan, Ran, Kogoro and the Detective Boys are invited to a new amusement park. There, Ran and the children receive special VIP bracelets. Everyone falls into the fun of it, only Conan and Kogoro are left behind in an extra room: an unknown person tells them by television that bombs are hidden in the bracelets. If the two do not succeed in solving a case within 12 hours with which the mysterious man assigns them, the bombs will explode.

The following weapons were used in the anime film Case Closed: The Private Eyes' Requiem:

One of the armed bank robbers uses a Colt M1911A1 which is called "Government" by Conan and various characters. 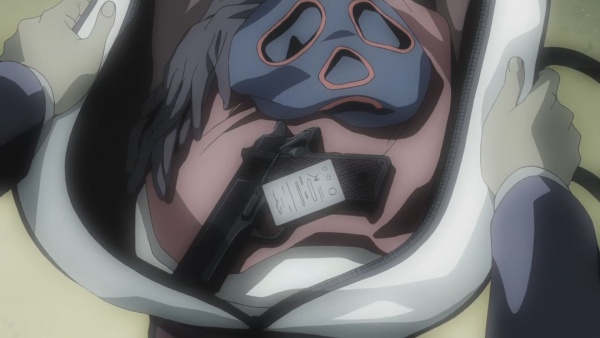 The Colt pistol and mask in the abandoned robber's bag opened by Kogoro. 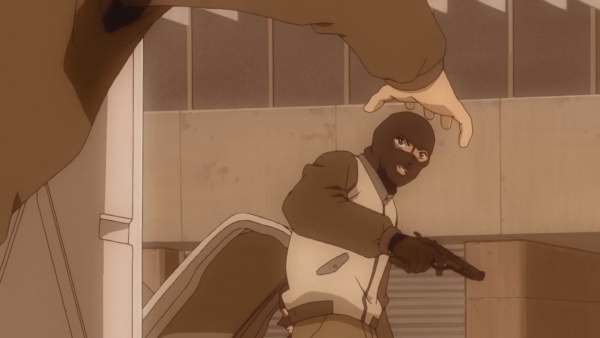 During a flashback of a witness, the armed robber make use of his M1911A1.

An IMI Desert Eagle Mark XIX is used by one of the bikers while chasing Conan and Heiji. 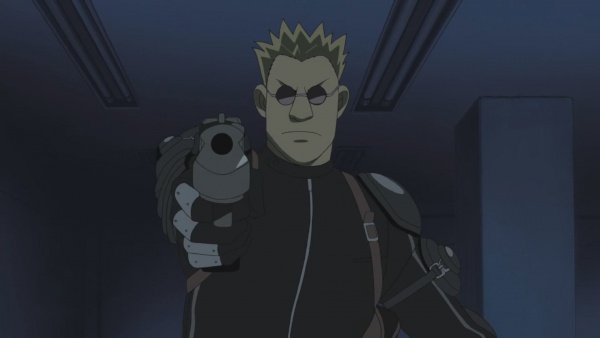 The biker aiming his Desert Eagle at Hattori. 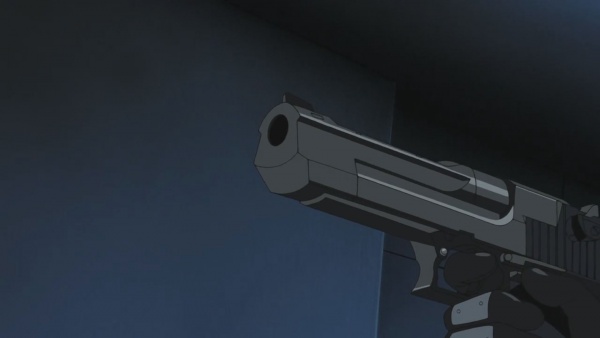 A clear view of the Desert Eagle before being fired. 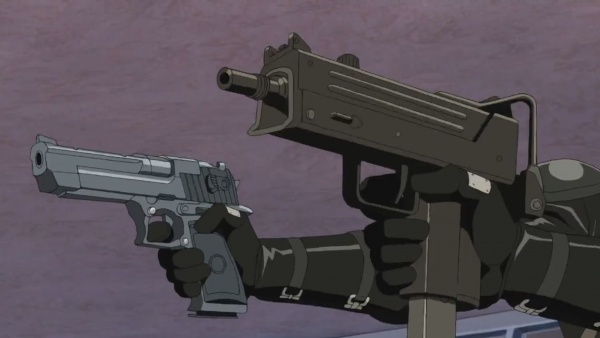 A full view of the Desert Eagle along with the MAC-10.

A stainless steel Walther PPK is used by Reiko Shimizu near the ending of the movie. Heiji Hattori identifies it as a "Walther PPK" that contains 8 bullets in the magazine. 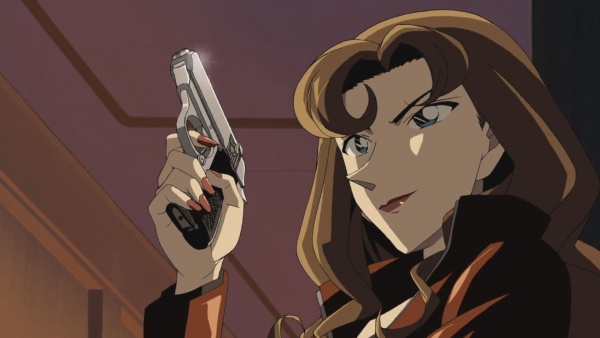 Reiko with her PPK confronts Conan and Heiji. 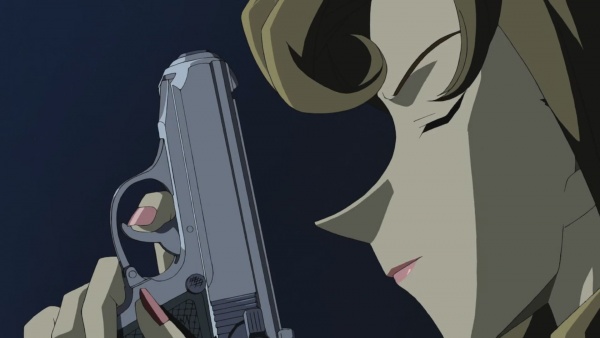 A detailed view of the pistol. 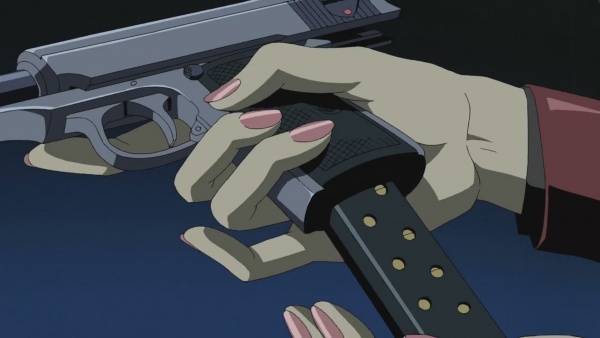 She inserts a new magazine into the gun to finish the matter.

Another sidearm used by Reiko along with her PPK is a gold-plated Remington 1866 Derringer. 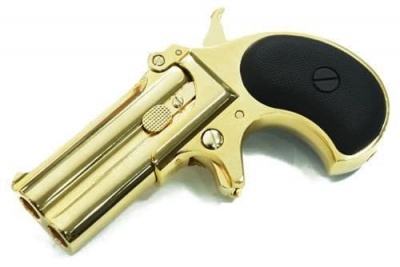 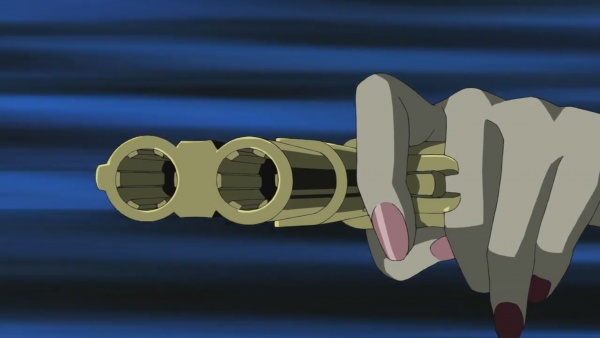 A clear shot of the Derringer. 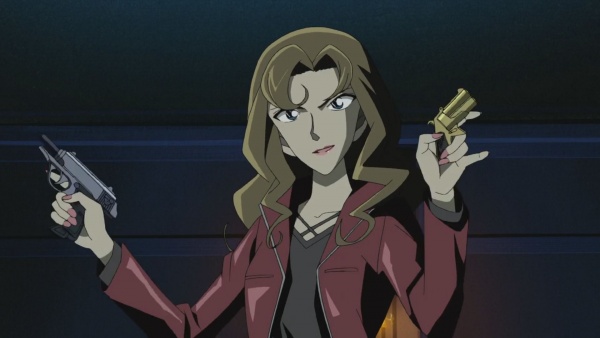 Reiko with both pistols in hands.

Nambu Model 60 revolvers are seen in the hands of two Kanagawa Prefectural police officers outside the hotel. 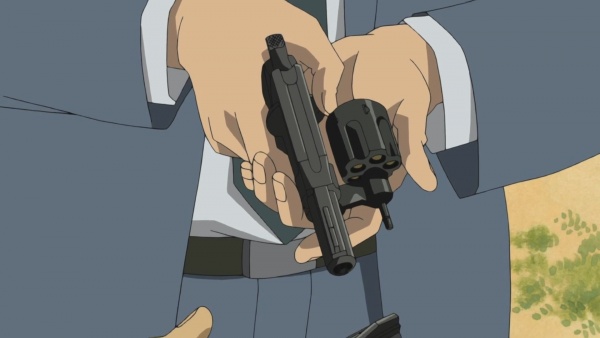 Before entering the hotel, an officer checks his revolver. 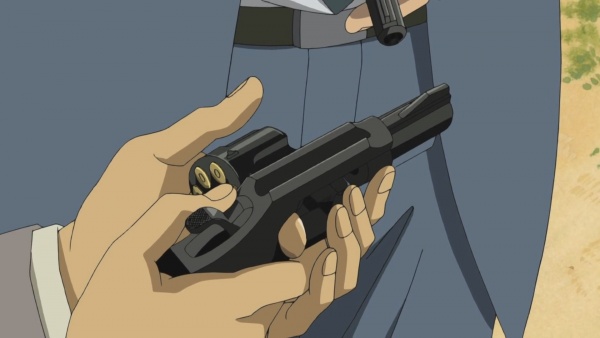 The officer next to him does the same. 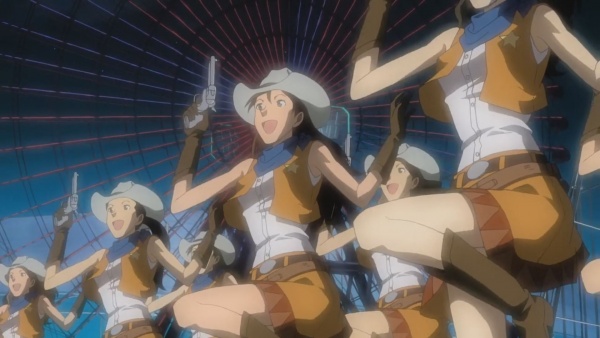 The cowgirls with Colt SAAs in their hands.

The second biker and later Kaitô Kid uses a MAC-10. 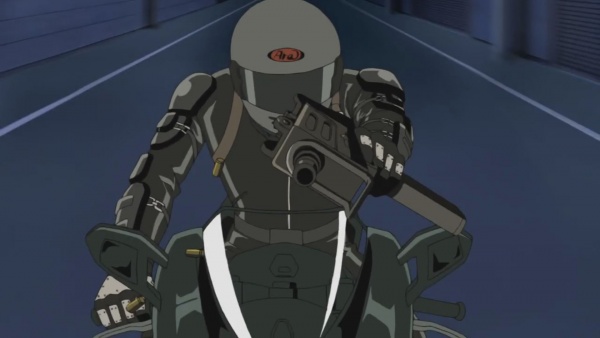 The biker firing his MAC-10 from his bike. 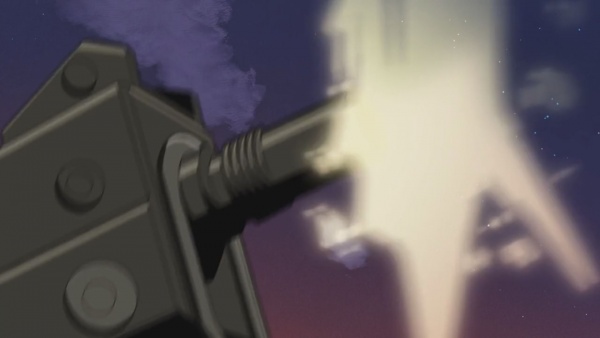 The MAC-10 and Desert Eagle being aimed at Kid. 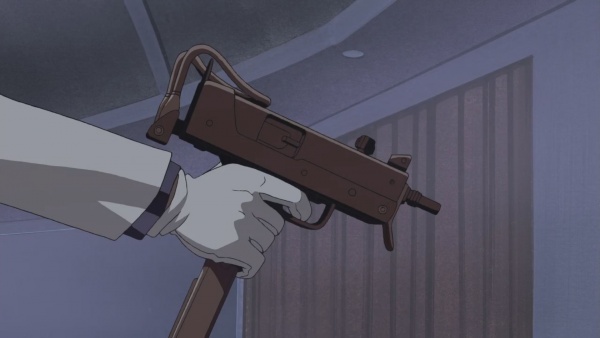 After picking up the gun Kaitô Kid raises it... 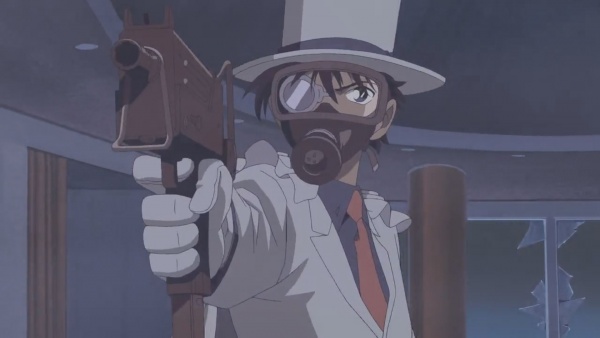 ... and starts emptying the magazine.

An Charter Arms AR-7 is prominently seen in the film as the murder weapon used to kill the victim. This rifle is referred to as an "Automatic AR-7" by Conan. 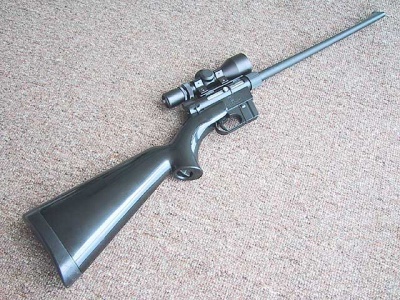 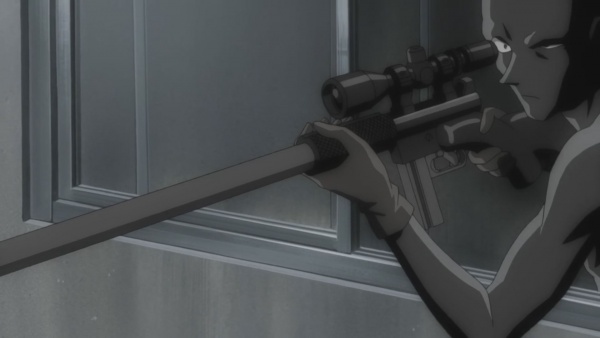 The assassin aiming his AR-7 at the victim. 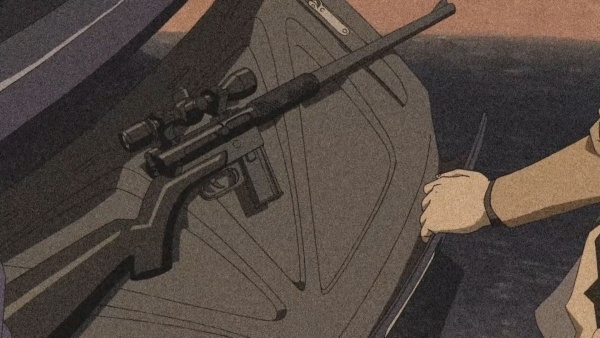 The AR-7 retrieved from the assassin. 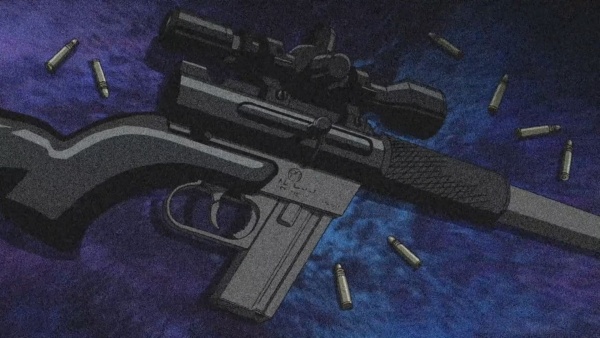 The AR-7 used by the assassin with .22 LR bullets lying around it. 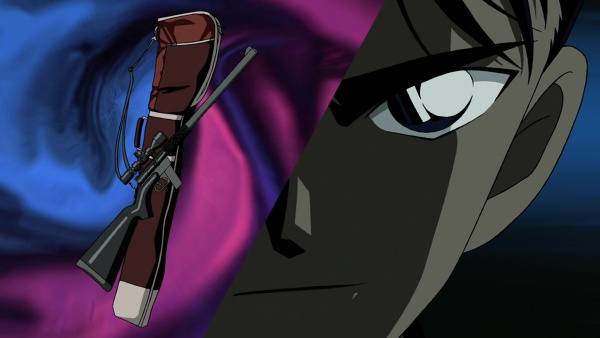 Heiji's imagine spot of the AR-7 in front of a golf bag.