Lupin the 3rd vs. Detective Conan

Lupin the 3rd vs. Detective Conan is a 2009 Anime TV special directed by Hajime Kamegaki on the occasion of the 55th anniversary of Nippon TV and the 50th anniversary of Yomiuri TV. The kingdom of Vespania is causing quite a stir due to a recently discovered mineral deposit, which also arouses Lupin's interest. At the same time, the queen and prince unexpectedly die in a hunting accident, making Princess Mira next in line for the throne. During Princess Mira's state visit to Japan, Mira and Ran run into each other, stunned to discover that they look exactly alike. Immediately, Mira seizes the chance to switch places with Ran. Consequently, Ran has to serve as a double and flies back to Vespania, where Conan is meanwhile trying to solve the queen's questionable death with Jigen.

This article contains some heaviest spoilers, so, if you still don't watch this movie, DON'T READ IT!!!

The following weapons were used in the anime film Lupin the 3rd vs. Detective Conan:

Duke Gerard Musca Vespaland owns a Smith & Wesson Model 10 snub-nose revolver that is found in the hand of Prince Gill. 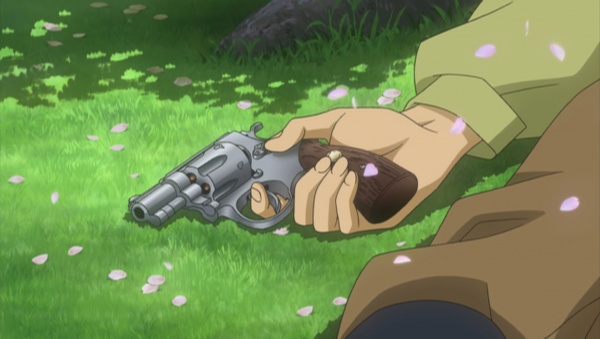 A close-up of the S&W revolver lying the hand Prince's hand.

The pair of Smith & Wesson Model 19 revolvers of Daisuke Jigen is briefly seen. 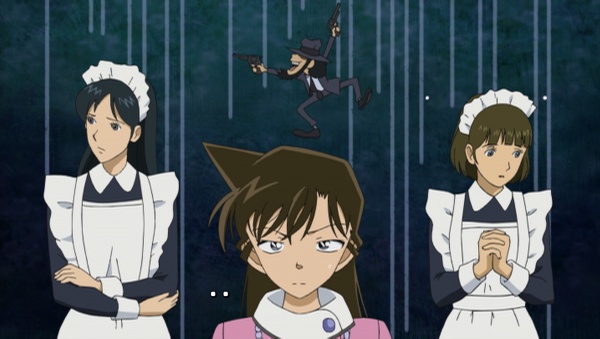 A small Jigen slides through the scene. 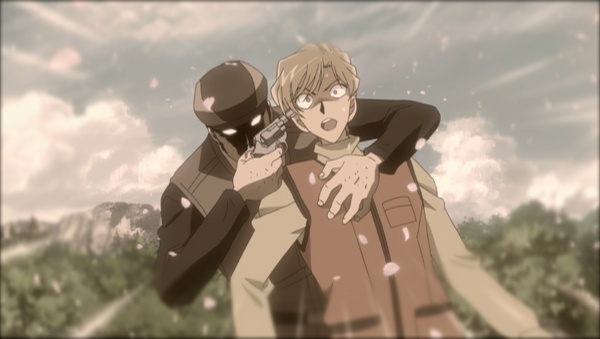 The revolver is pointed on the Prince's head. 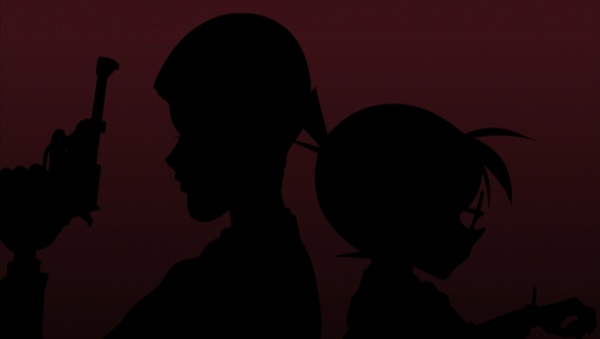 The silhouette of the P38 on the left while Conan stands with his Stun-Gun Wristwatch at the ready.

Vespania soldiers and royal guards are armed with Heckler & Koch MP5A3 at the palace. 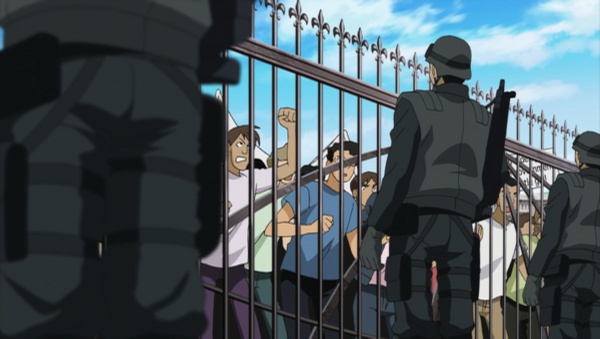 Soldiers standing at the palace gate have MP5s over their backs. Note the collapsed stock. 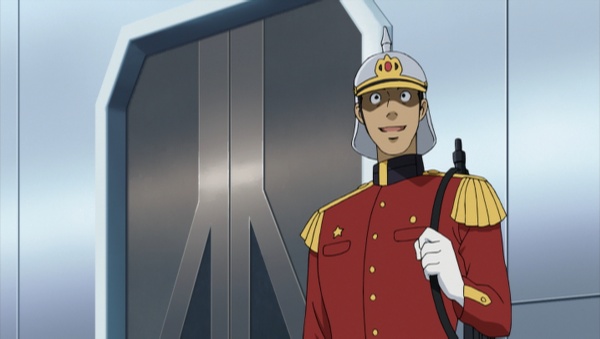 A view of the muzzle and a bit of the barrel.

A Heckler & Koch MP5A2 submachine gun is used by one hitman pursuing Fujiko and Princess Mira. 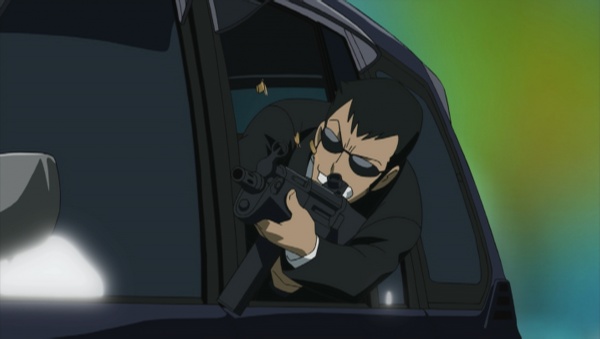 The criminal leaning out from the car window starts firing his MP5.

Fujiko Mine engages her persecutors with an MAC-10 submachine gun. 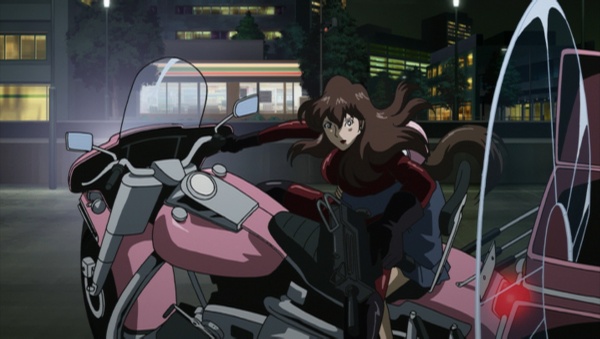 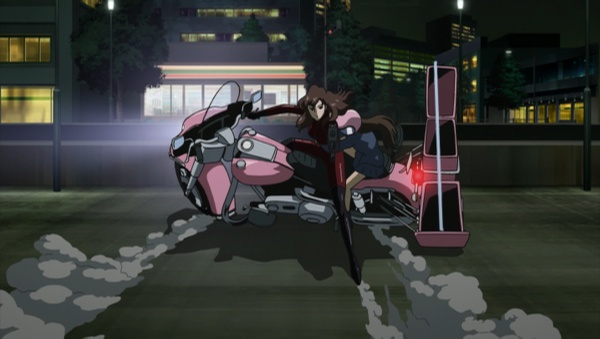 The full bike slide in motion shows the front muzzle of the MAC. 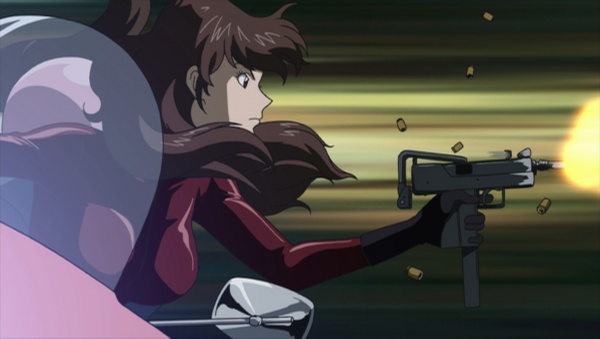 The firing MAC-10 with spent casings. 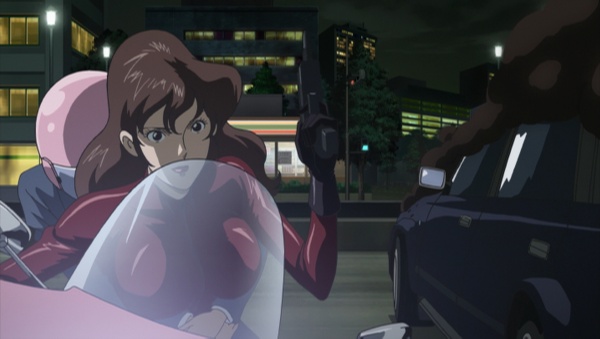 Satisfied Fujiko holds up her gun after her daring maneuver.

A Vespania soldier is briefly seen with an unknown submachine gun. 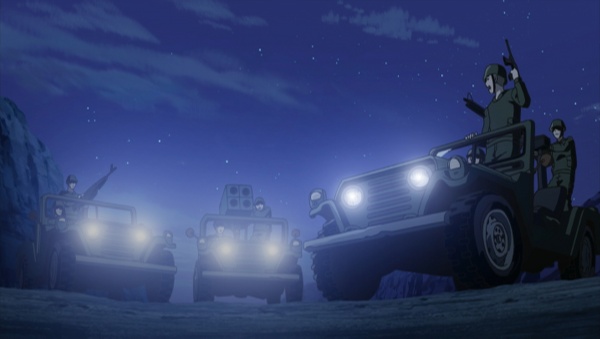 The standing soldier in the right jeep has the unknown gun. 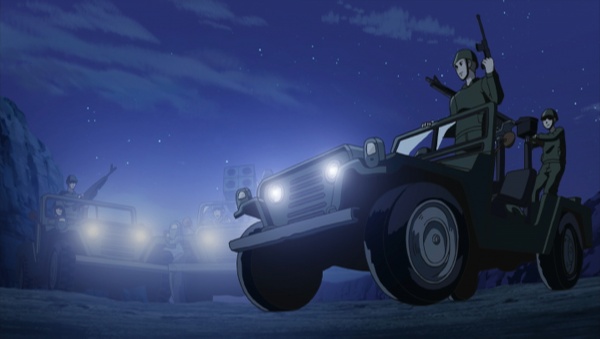 A slightly different view of the gun.

At the film beginning, Prince Gill Cowell Vespaland, as well as Duke Gerard Musca Vespaland, use Remington Model 700 rifles during the hunting. During the Explanation, bodyguard Kyle, disguised Lupin, and Inspector Koichi Zenigata hold also the murder weapon. These rifles were incorrectly credited as 'Vortex'. 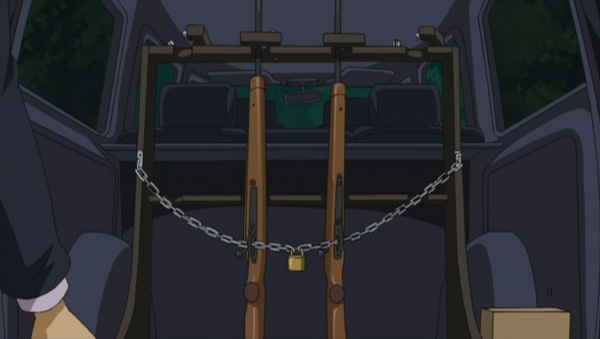 The two rifles locked in the trunk. 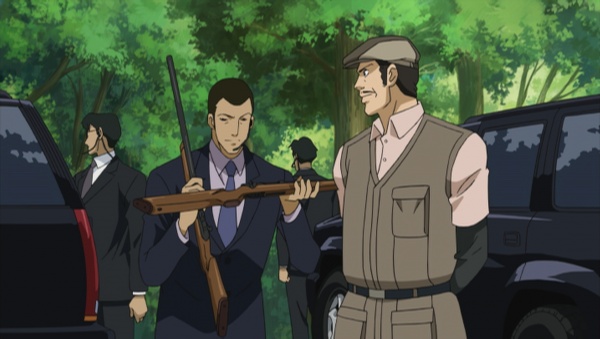 Kyle on his way to Musca to hand over one rifle. 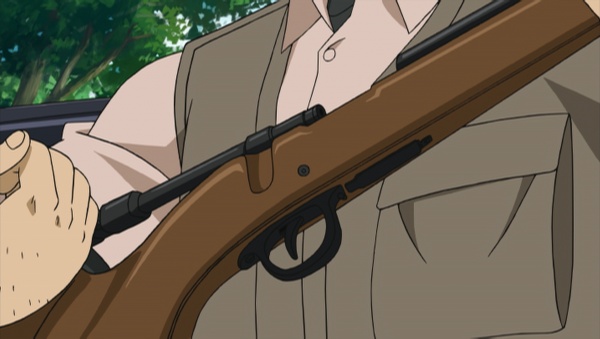 Musca cycles the bolt handle which allows a look of the opened... 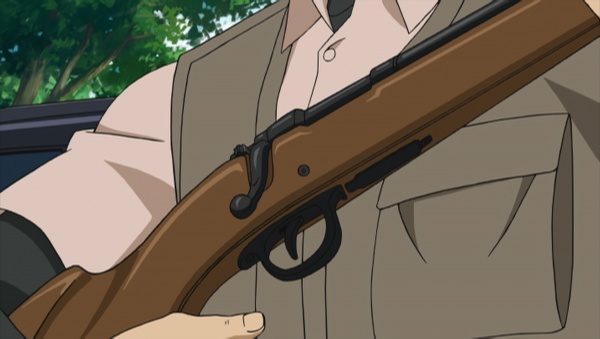 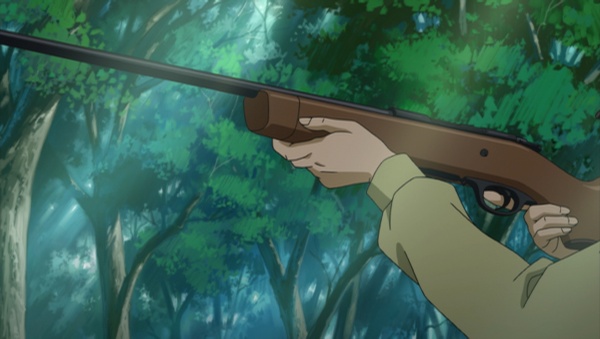 Gill aims his Remington at a fox which offers a view of the right side. 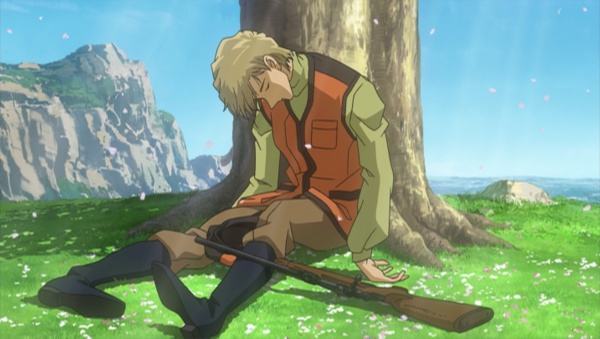 A rifle lies on the body of Gill after the accident. 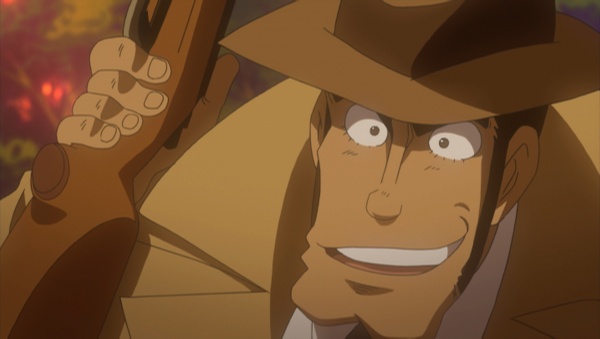 Two broken assault rifles are seen near knocked out hitmen. 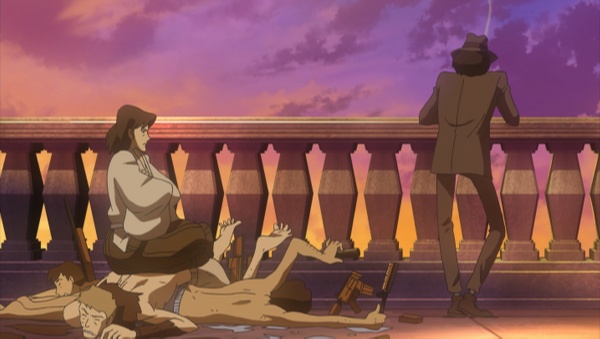 Goemon Ishikawa sits on the hitmen.

Ford M151 A2 'MUTT' Military jeeps of the Vespania army are equipped with M60 machine guns. 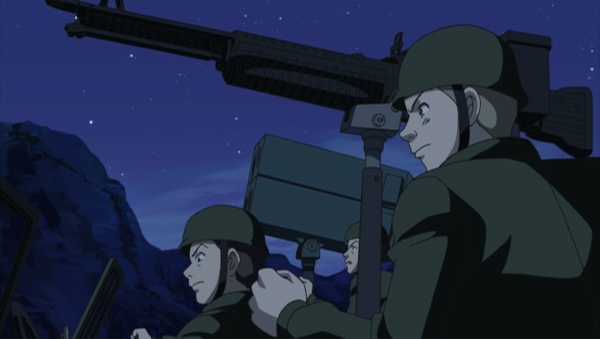 One of the two mounted M60s is seen as the soldiers execute Jugen's third point.