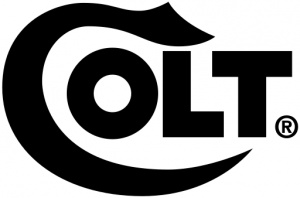 Colt's Manufacturing Company, often referred to as simply Colt, is an American firearm manufacturing company founded in 1855 by Samuel Colt, the culmination of Samuel Colt's earlier firearms manufacturing business ventures. The first forerunner to the modern Colt company was known as the Patent Arms Company, established in 1836 in Paterson, New Jersey, shortly after Samuel Colt was granted patents for his improved revolver mechanism. The Patent Arms Company gained recognition for producing the earliest successful revolver design, the Colt Patterson 1836. While the Colt Patterson was met with praise for its innovative design, the early revolver was marred by quality issues. Samuel Colt started to find true success after production began on the Colt Walker series of revolvers and in 1855, a new corporation, Colt's Patent Fire Arms Manufacturing Company was established in Hartford, Connecticut.

The 1850s and 1860s saw huge success for Colt, with revolvers like the Colt 1851 Navy and Colt 1860 gaining enormous popularity in the United States and Europe, with sales booming with the onset of the American Civil War in 1861. The post-Civil War era saw Colt branching into the new-fangled metallic cartridge market, eventually resulting in the creation of the Colt Single Action Army, arguably one of the most iconic and instantly recognizable revolvers in popular culture. Colt's success is partly owed to its embracing of new manufacturing techniques like interchangeable parts and the assembly line.

The 20th century bought continued success for Colt, with its revolvers being used by military forces the world over and the venerable Colt M1911 being introduced in 1911. World War I and World War II saw a massive surge in business as had occurred during the American Civil War decades earlier. Following the Second World War, Colt was faced with bankruptcy due to years of mismanagement and labor disputes- the company produced nothing at all between 1945 and 1947. The company's next windfall came with the Vietnam War, where they would be contracted to produce the M16 rifle series. While not the original designers of the AR-15/M16, Colt would become the company most heavily associated with the M16 rifle. The 1980s saw Colt attempting to innovate on its aging handgun designs to compete with the increasingly popular "Wonder Nines" like the Glock 17, but efforts like the Colt Double Eagle and Colt 2000 were met with tepid sales (or complete failure, in the case of the Colt 2000). Colt's problems compounded in the 1990s, as the fall of the Soviet Union and end of the Cold War affected the entire arms industry. In 1998, Colt CEO Ron Stewart voiced favorable opinions for gun control, leading to a massive boycott by American gun owners. This boycott petered out by 2002, when new Colt CEO William M. Keys, a former United States Marine Corps Lt. General, managed to salvage the company's reputation and save it from bankruptcy.

Continued failed bids at contracts throughout the 2000s bought on more financial woes. Following a 2002 restructuring, Colt Defense, LLC was founded to fulfill military, law enforcement and security orders while Colt's Manufacturing Company, Inc continued to make weapons for the commercial market. Another blow to the company came in 2013, when Colt lost its contract to manufacture M4 carbines for the US military due to persistent reliability issues. Colt restructured again in 2016. Following this restructure, Colt began introducing new variants of the M1911 pistol and began reintroducing its classic double-action revolvers, including a new run of the iconic Colt Python revolver starting in 2020.

Colt, along with Colt Canada (formerly Diemaco), was acquired by CZ on February 11, 2021, a deal which was officially completed on May 24th.