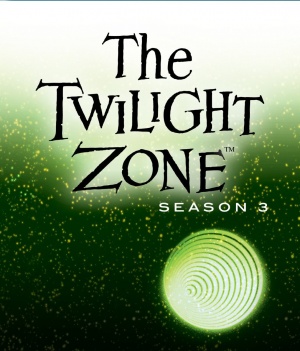 The following weapons were used in Season 3 of the series The Twilight Zone:

Several revolutionaries, notably Ramos Clemente (Peter Falk) are seen with an M1911A1 in "The Mirror" (S3E06). 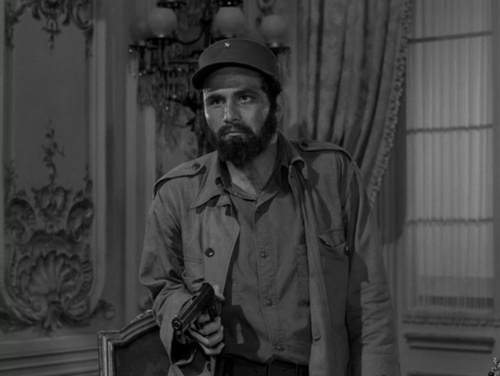 The Single Action Army revolver is another weapon seen throughout the series. In "The Grave" (S3E07), several lawmen, including Con Miller (Lee Marvin) carry the revolver. Rance McGrew (Larry Blyden), Jesse James (Arch Johnson), and other actors playing cowboys use Single Action Army revolvers with 4 3/4 barrels in "Showdown with Rance McGrew" (S3E20). Rance shows his ineptitude by accidentally throwing it into the window when trying to draw. 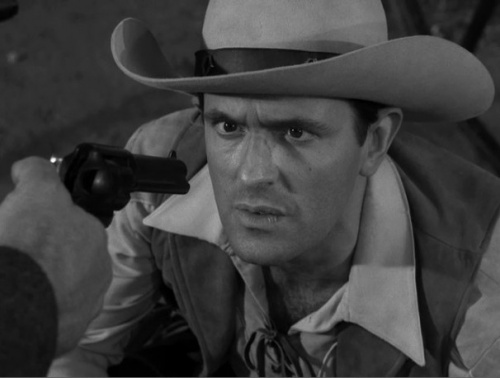 Actor Rance McGrew (Larry Blyden) is threatened with the SAA in "Showdown with Rance McGrew" (S3E20).

The M1 Garand is a frequent weapon seen in the series, usually carried by US troops in episodes dealing with war. In "A Quality of Mercy" (S3E15), American GIs carry the M1 Garand while fighting in the Pacific during World War II. 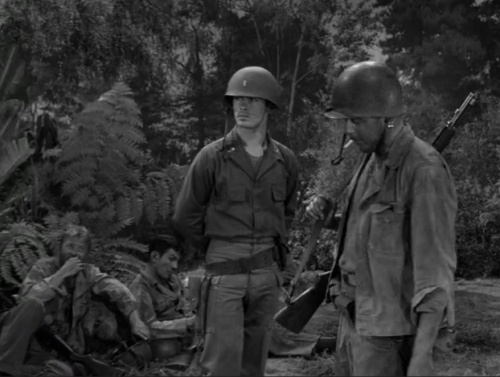 In "A Quality of Mercy" (S3E15), US troops are armed with M1 Garands, including Sgt. Causarano (Albert Salmi) and Hansen (Leonard Nimoy). 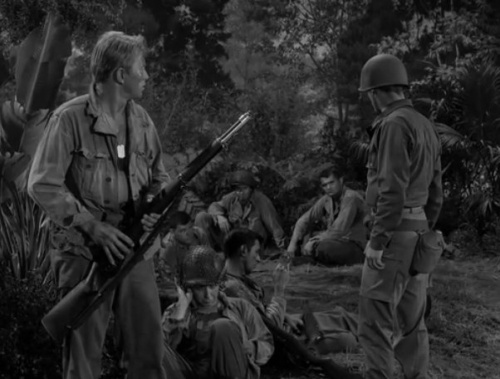 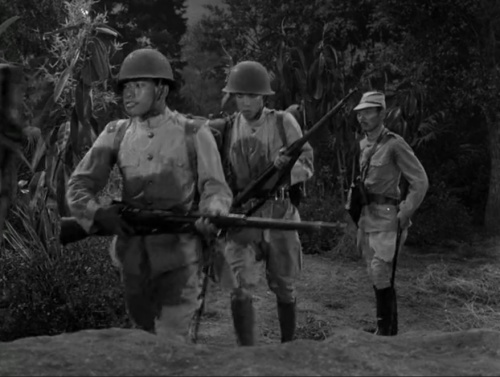 An American soldier defending a cave appears to hold the M1928A1 Thompson submachine gun in "A Quality of Mercy" (S3E15). 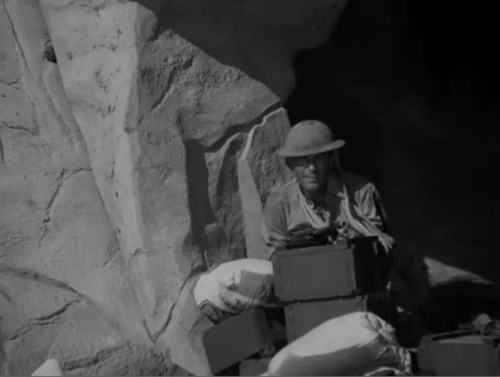 An American soldier defends a cave with his Thompson in "A Quality of Mercy" (S3E15).

In "The Passerby" (S3E04), Lavinia Godwin (Joanne Linville) is seen holding what appears to be a 12 Gauge Double Barreled Shotgun on a Union officer. Since this particular episode takes place at the end of the American Civil War, this particular shotgun would be anachronistic. 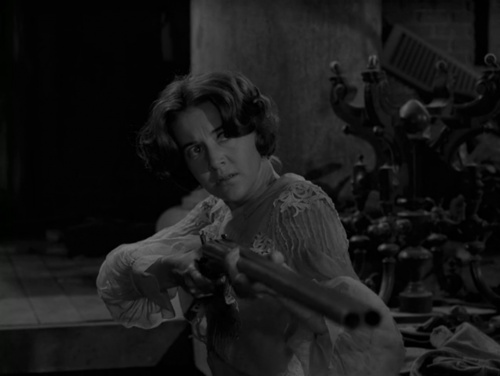 In "The Passerby" (S3E04), Lavinia Godwin (Joanne Linville) is seen holding what appears to be a 12 Gauge Double Barreled Shotgun on a Union officer.

In "Two" (S3E01), both the Man (Charles Bronson) and the Woman (Elizabeth Montgomery) carry what appear to be replica rifles. 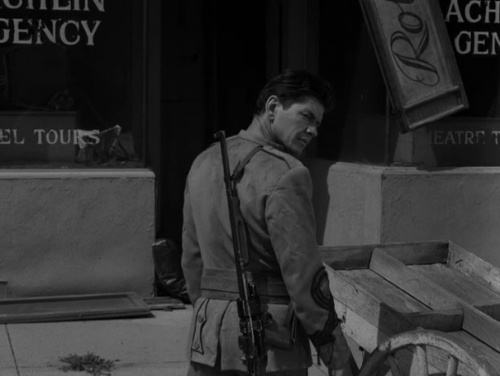 In "Two" (S3E01), an unusual rifle is seen carried by the Man (Charles Bronson). It appears the rifle has parts from an M1 Carbine and a Thompson SMG. 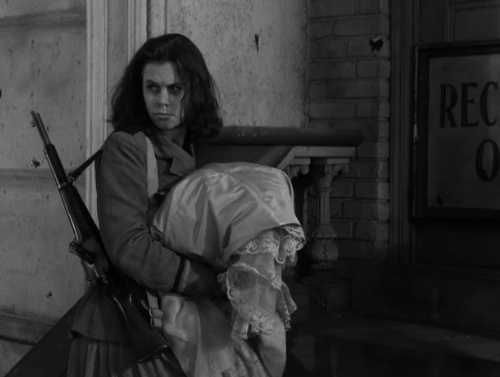 The Woman (Elizabeth Montgomery) also carries a rifle. This rifle appears to have parts from an M1 Garand.