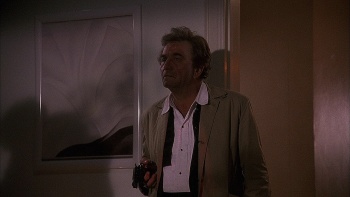 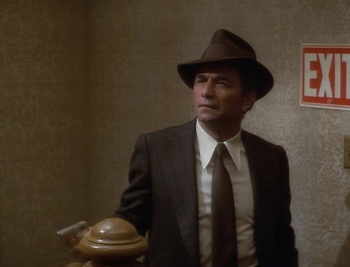 Peter Falk holds a nickel Colt 1908 as Lou Peckinpaugh in The Cheap Detective.

Peter Falk (1927-2011) was an American actor who is best known as Det. Lt. Columbo in the television series Columbo, a role he portrayed for over 30 years and where the character rarely carried a firearm. He also appeared in such films as The In-Laws (1979), Anzio, Castle Keep, The Cheap Detective and The Princess Bride and had guest roles in such series as The Twilight Zone and Alfred Hitchcock Presents.