Sahara is a 1943 World War II film that focuses on the crew of US Army M3 Lee tank, commanded by U.S. Army Sergeant Joe Gunn (Humphrey Bogart) that becomes separated from its unit during a general retreat. In the course of their journey, the crew picks up a motley collection of stragglers, among them a British doctor, four assorted Commonwealth troops, and a Free French corporal. Later, they pick up a Sudanese sergeant major and his Italian prisoner, who volunteers to lead them to a well at Hassan Barani. As the well is completely dried up by the time the Germans arrive, a standoff and battle of wills begins. The 1943 film is based on an incident seen in the 1936 Soviet film The Thirteen, which ironically was itself a remake of 1934 movie The Lost Patrol. Making the things even more confusing, Sahara itself would inspire a 1995 remake starring James Belushi.

The following guns were used in the movie Sahara: 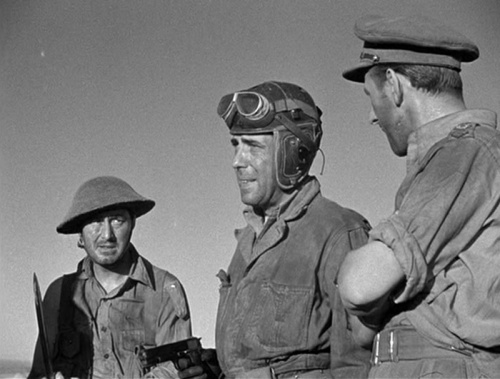 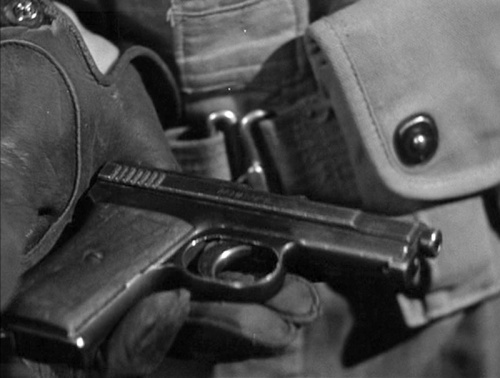 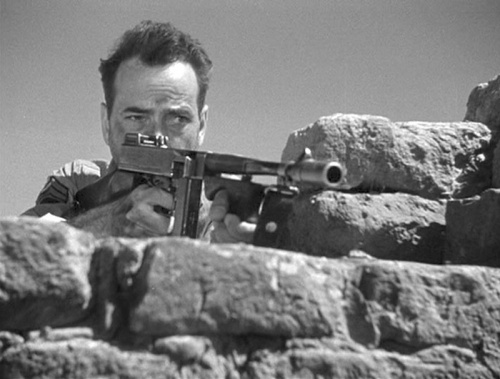 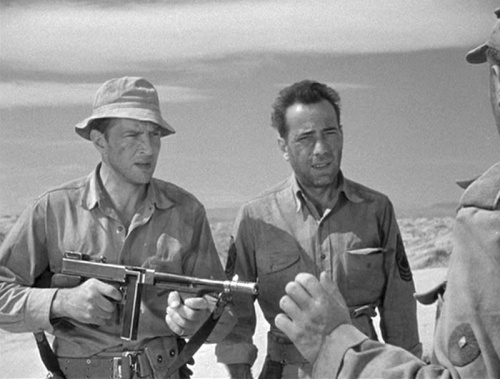 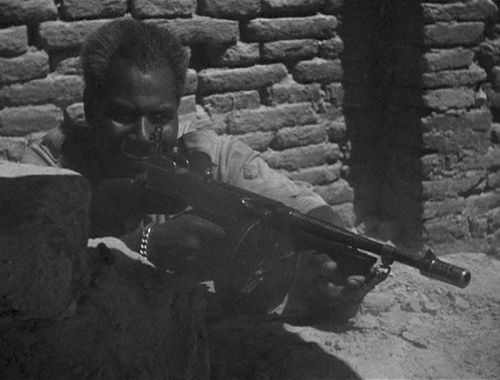 Jean 'Frenchie' Leroux (Louis Mercier) uses a 1903 Springfield Rifle. Curiously, German soldiers can be seen with one as well. 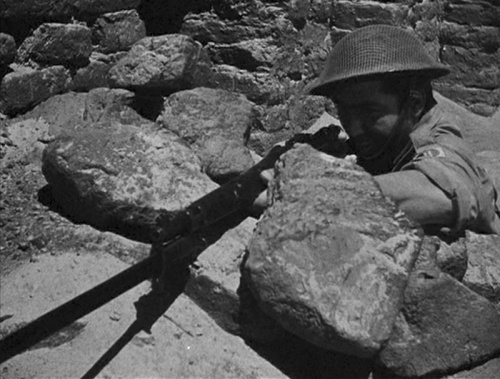 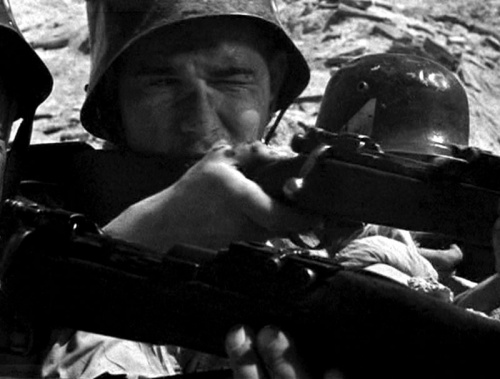 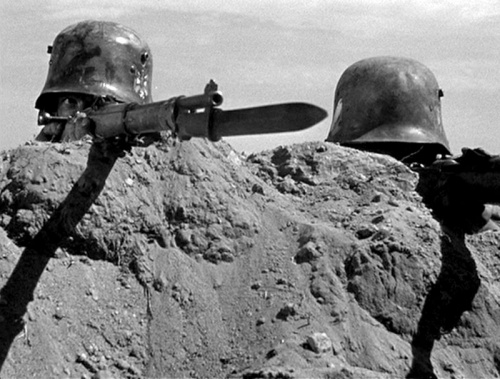 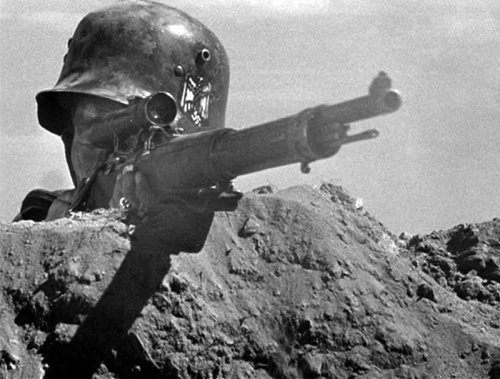 The German sniper with his scoped Gewehr 98. 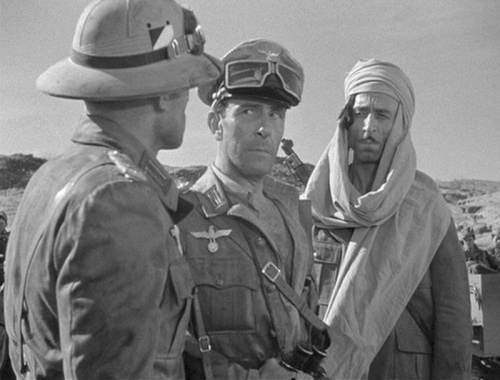 Commonwealth troops can be seen with No.1 MkIII* Enfield Rifle 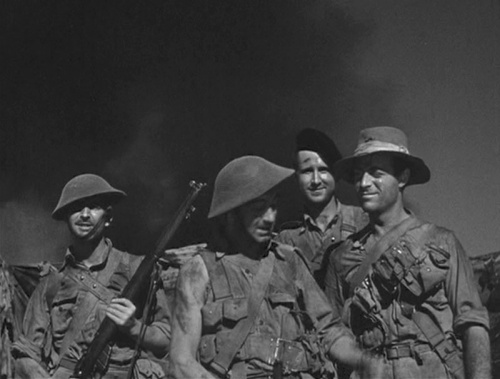 Browning M1919A4s are used extensively by American and Commonwealth troops. 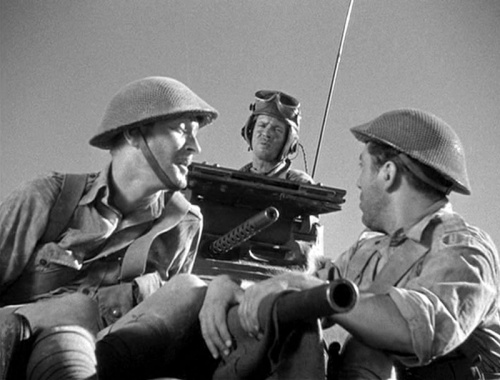 An M1919A4 mounted in the commander's turret 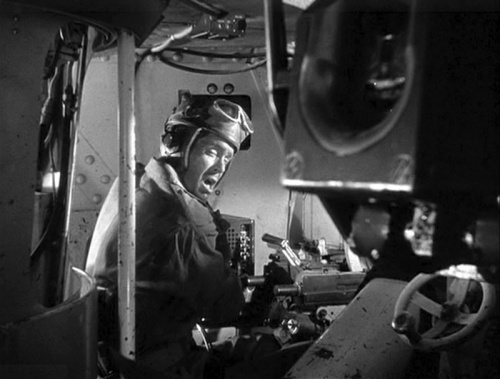 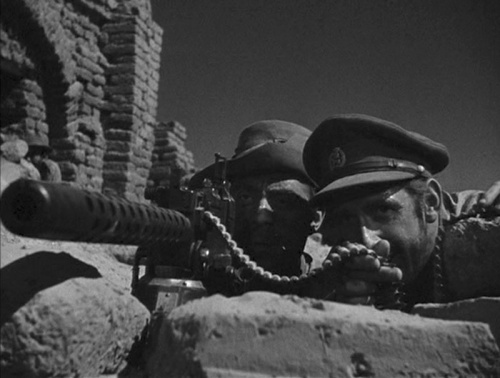 A German soldier fires a Maxim MG08 Machine Gun from a half-track. 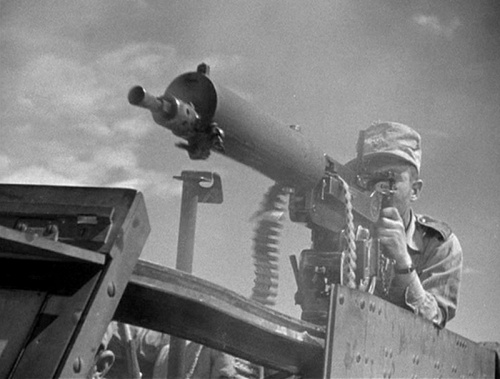 The German soldier firing the MG08.

A Vickers Mk I Machine Gun mocked up to look like a Maxim MG08 - mostly with an MG08 muzzle device - can be seen in a fortification. 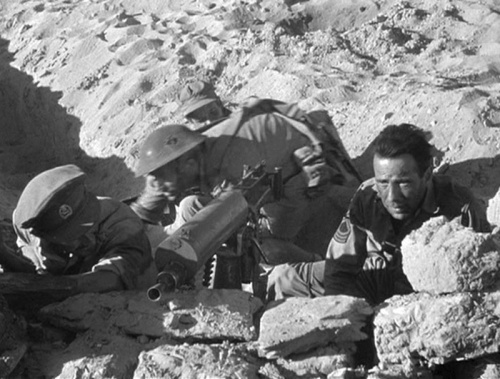 Note the front sight, indicative of a Vickers rather than an MG08, above. 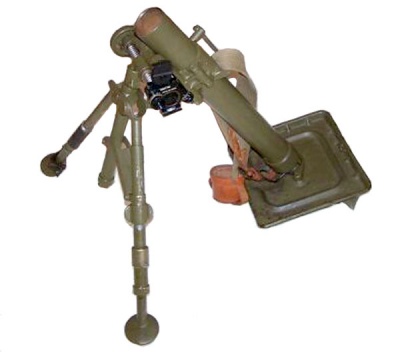 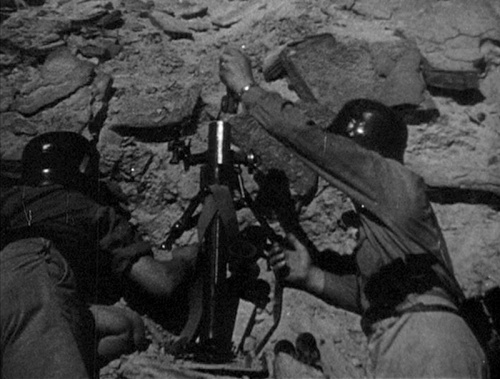