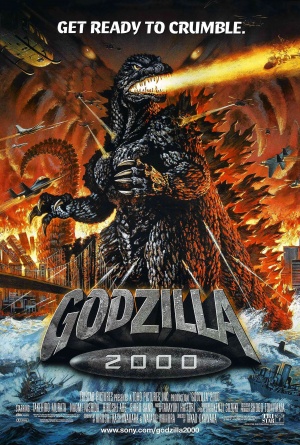 The following weapons were used in the film Godzilla 2000:

The Howa Type 64 is seen carried by JGSDF troops in the film.

The Type 82 command and communications vehicle on the right of the frame has a roof mounted M2HB fitted with a shield.

The Type 90 MBT in the foreground has a cupola mounted M2HB.

AH-1 Cobra helicopters of JGSDF armed with a General Dynamics M197 Vulcan three barreled Gatling gun. The helicopter is most likely not a real one but CGI.