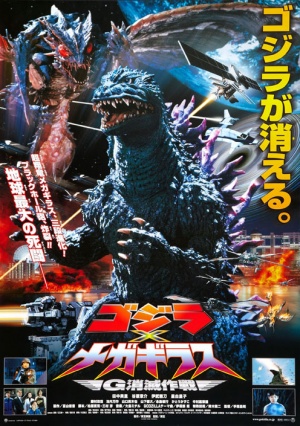 Kiriko readies to fire the radio transmitter at Godzilla.
Retrieved from "https://www.imfdb.org/index.php?title=Godzilla_vs._Megaguirus&oldid=912992"
Categories: