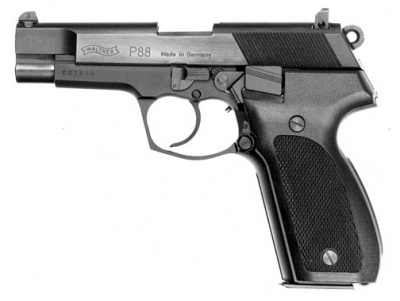 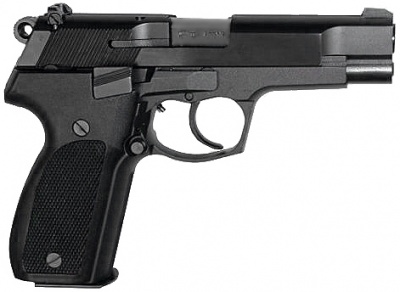 The Walther P88 is a semi-automatic pistol developed by the Walther Arms company of Germany in 1988. Its main feature is a high-capacity double-stacked magazine designed for military and law enforcement use.

The Walther P88 and variants can be seen in the following films, television series, video games, and anime used by the following actors: 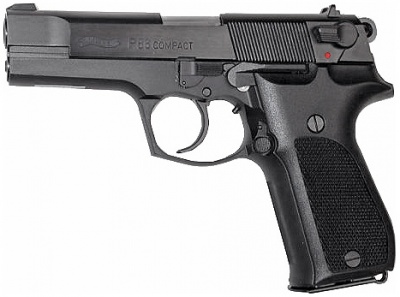 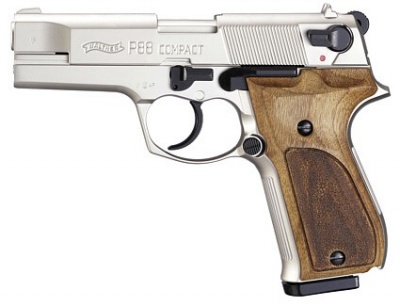 This somewhat smaller and lighter version was introduced in 1992. The most striking design change is that the safety/decocker lever has been moved to the slide.