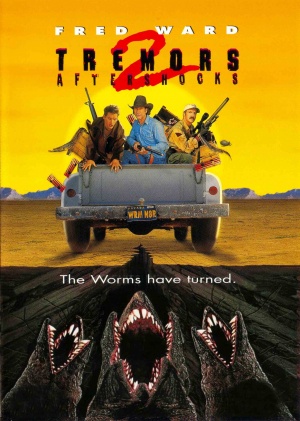 Tremors 2: Aftershocks is the 1996 sequel to the 1990 cult hit Tremors. Fred Ward returns from the original film as Earl Bassett, who is hired to hunt down the original underground monsters known as Graboids in the oilfields of Mexico. He soon discovers that the Graboids have evolved into more terrifying creatures. The DTV sequel was directed by S.S. Wilson, who co-wrote the original film and the cast includes Helen Shaver and Michael Gross as Burt Gummer, who would subsequently return in several DTV sequels into what would become film franchise.

The following weapons were used in the film Tremors 2: Aftershocks:

Burt Gummer (Michael Gross) brings a stainless LAR Grizzly Big Boar single-shot .50 BMG rifle to Mexico to deal with the Graboid problem, he later uses it to dispatch a Shrieker at 100 yards resulting in over-penetration; the powerful armor-piercing round causing the Shrieker to explode on impact before traveling through a cinder block wall, a cement mixer, and ultimately the engine block of the truck the protagonists were intending to make their escape in. 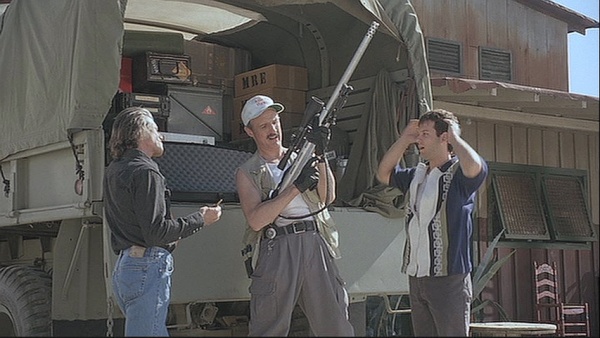 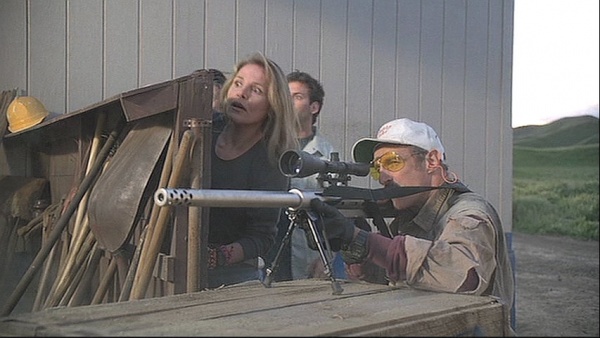 Burt with his LAR Grizzly Big Boar after dispatching a Shrieker.

Earl (Fred Ward) orders a couple of Colt Sporter II Carbines mocked-up as Colt XM177E2/Commando Carbines from the Mexican Army to take on the hunt in the oil fields. Grady (Christopher Gartin) fires one of them off the back of the truck in a scene in which a Graboid pulls the truck by a chain. 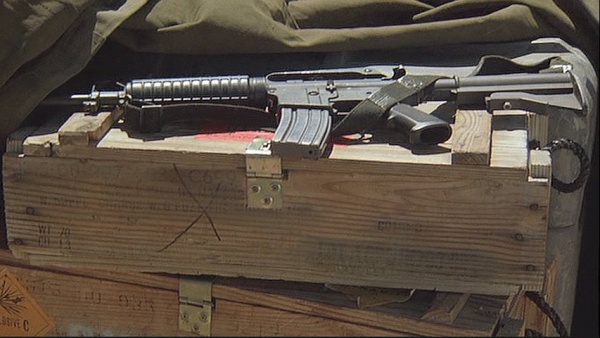 a Colt Commando on a crate. 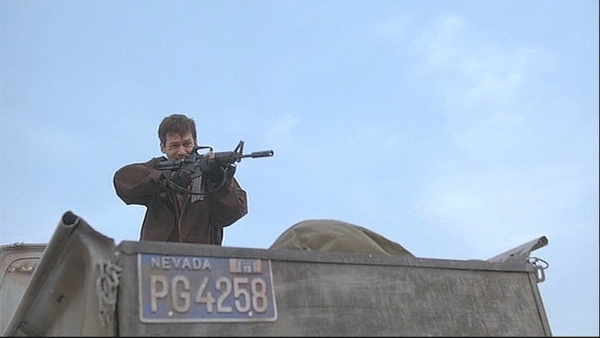 Grady fires a Colt Commando from the truck. 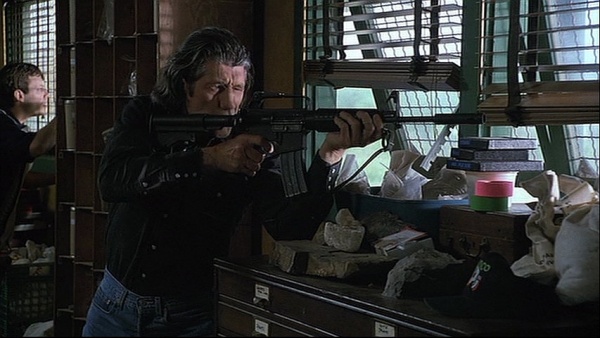 Earl with a Colt Commando.

Burt brings a couple of Westley Richards 480 double-rifle elephant guns chambered in .375 H&H Mag down to Mexico for Earl and Grady to use (with a warning to "hold 'em good and tight to your shoulder, or they'll break your collarbone") as an effective backup weapon against Graboids, which they both use on multiple occasions to dispatch Shriekers with devastating results. (Note Burt demonstrates his firearms handling proficiency by ensuring the chamber is empty before he hands the gun to Earl.) 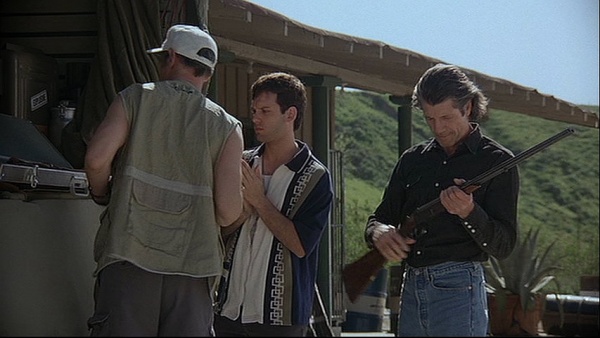 Earl with a Westley Richards 480. 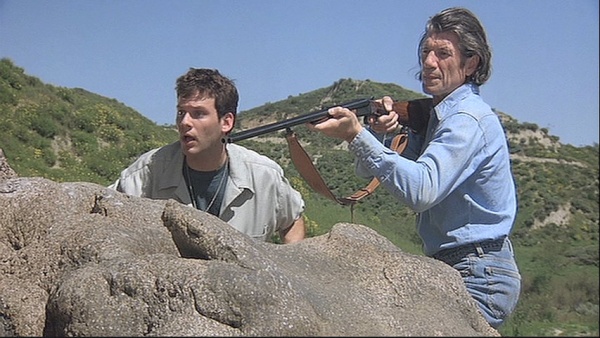 Earl with a Westley Richards 480 again.

Burt wears a pair of Beretta 92FS Inox pistols throughout the film in hip holsters, using up all his ammo for them while fending off a Shrieker ambush. 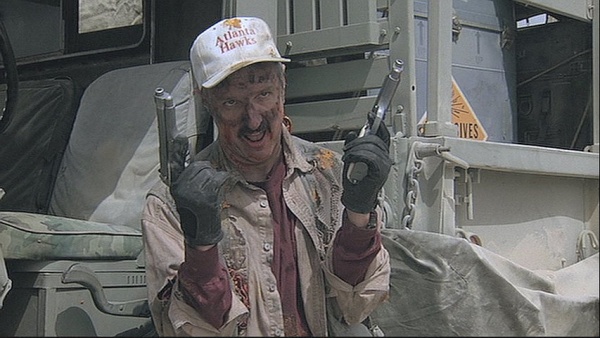 Burt pulls out a pair of Beretta 92FS Inox pistols, lamenting that he is "completely out of ammo" for the first time.

Burt's gun wall has changed since the first film. The first gunwall was built on a soundstage in Southern California. This gun wall had to be built again from scratch and most sharp-eyed viewers will notice that many of the more modern weapons are no longer there (though this may be due to losing them in Burt and Heather's divorce as was mentioned in the case of the HK91 from the first film). Also the drilled holes for the gun hooks are in different spots on the wall. 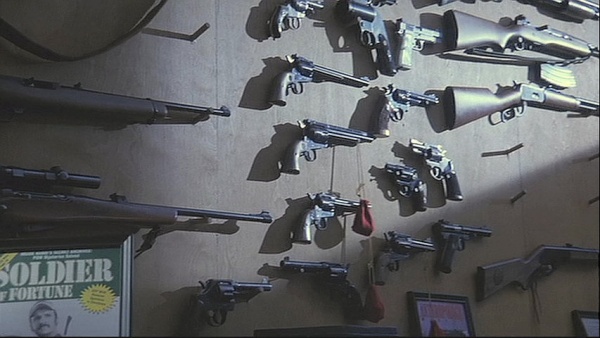 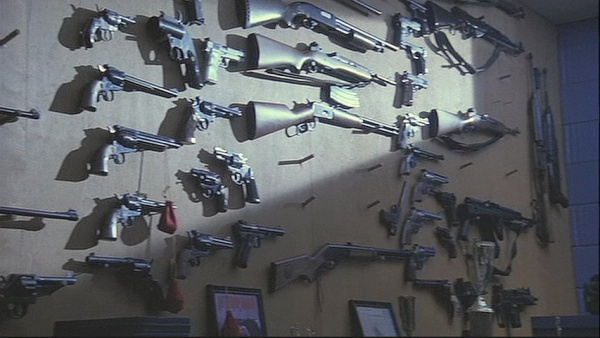