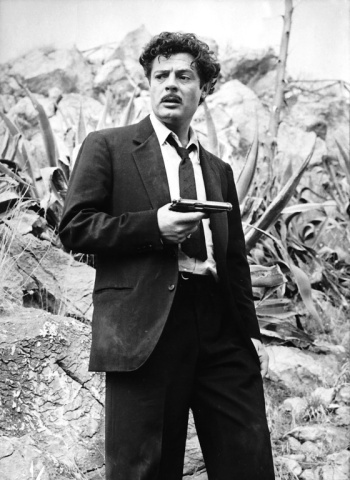 Marcello Mastroianni born 28th September 1924 in Italy. After school he worked in the family shop since 1944 and was treasurer of Eagle Lion Films in Rome. Gradually he began to work in a amateur files. In 1960 came the role that launched Mastroianni stellar career. The character of paparazzi in the film Federico Fellini's La Dolce Vita. Meeting with Fellini was for Mastroianni not only a huge success, but also long-standing friendship and cooperation. Since 1960, he went from role to role, his film 'partners were the largest and most beautiful actress (Claudia Cardinale, Ursula Andress, Brigitte Bardot and Catherine Deneuve). A very popular pair formed with Sophia Loren, who starred with him in thirteen films. For his role as gay Gabriel in movie A Special Day (1977) was nominated for an Oscar. Died 19th December 1996 in Paris. She left the great acting legend, a symbol of Italian cinema.