You Can't Win 'Em All

You Can't Win 'Em All is a 1970 British war adventure film directed by Peter Collinson, screenplay written by Leo Gordon (also an actor who appears in the film as Bolek). The story takes place in 1922 during the final phase of the Greco-Turkish War. Governor Osman Bey (Grégoire Aslan) hires a group of mercenaries who have in their ranks as well as two former U.S. Army soldiers Adam Dyer (Tony Curtis) and Josh Corey (Charles Bronson), entrust the task to protect his three daughters and a shipment of gold. The desire to seize of the treasure in addition to mercenaries, has also a bandits from the mountains, the Greeks army and also turkish colonel Elci (Fikret Hakan), commander of that accompanies the shipment. Princesses with their treasures is protects by a governess and body guard Aila (Michèle Mercier), which actually works for the new Republic of Turkey.

The following weapons were used in the film You Can't Win 'Em All: 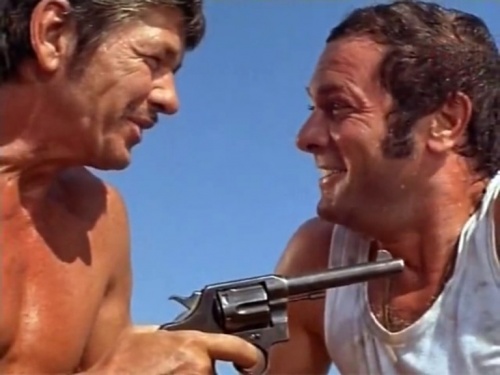 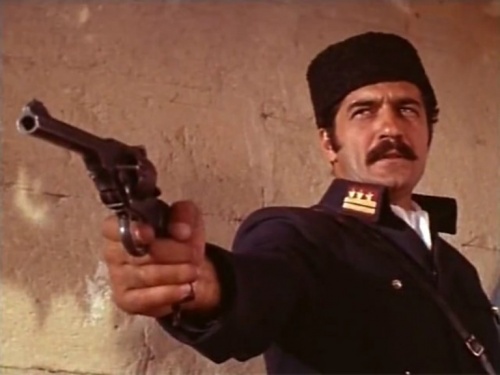 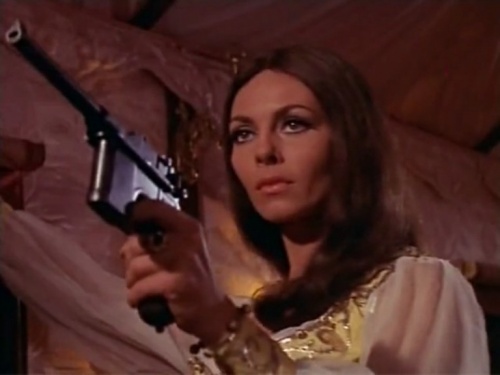 Various characters are seen with M1928A1 Thompson submachine guns. All SMGs is fitted with vertical foregrips and with a Cutts compensators removed, to make look it as the early Thompson M1921. 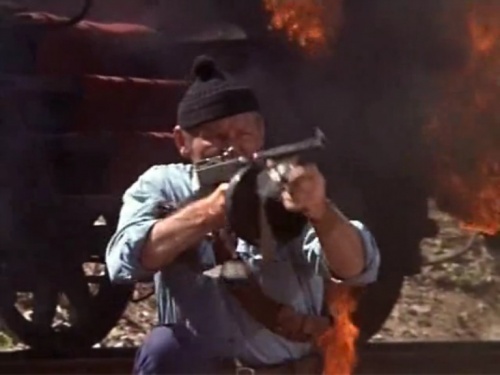 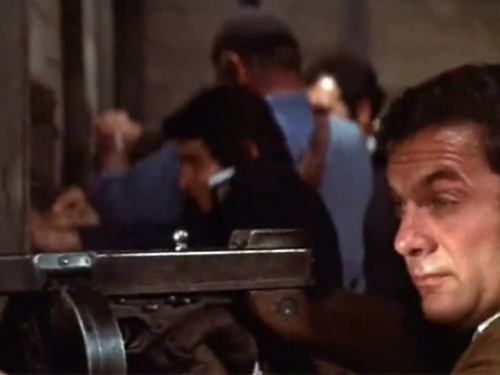 Adam Dyer (Tony Curtis) fires off the train at attacking bandits. But SMG is other (rear sight is not simplified). 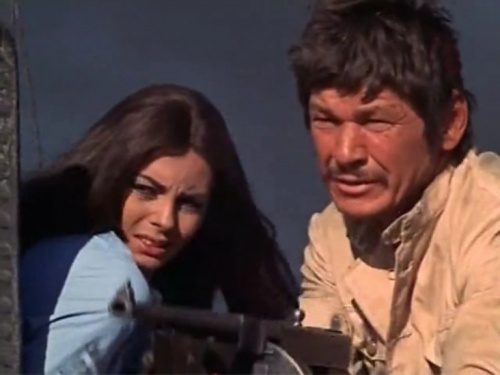 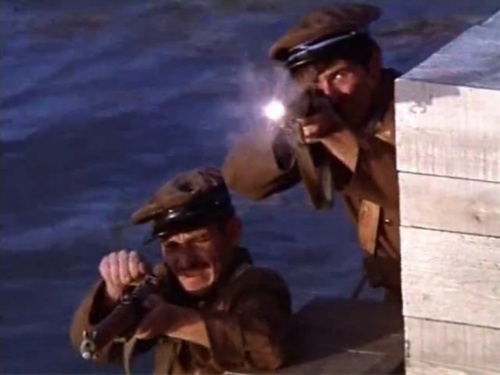 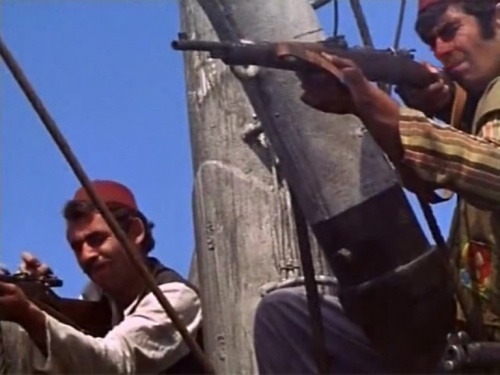 Mauser Gewehr 1898 rifles are the mainstay weapon of the turkish also greek soldiers. 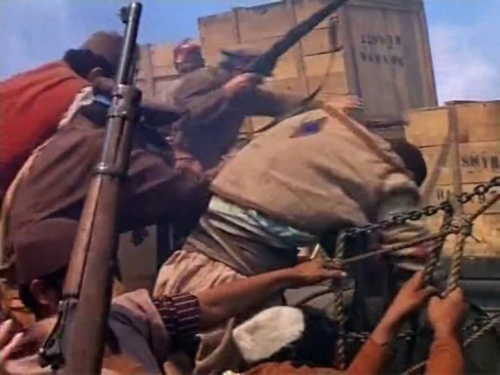 This particular rifle has Lange-Visier sight and carbine-length barrel. It is most likely original Gewehr 1898, converted to carbine.

The bandits in the mountains used various historical weapons, including Ottoman muskets. 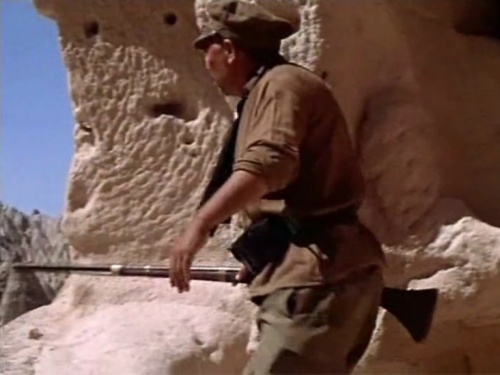 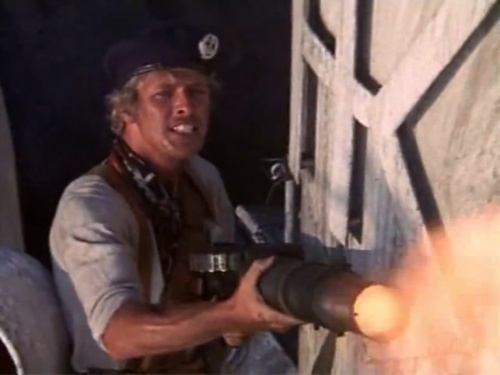 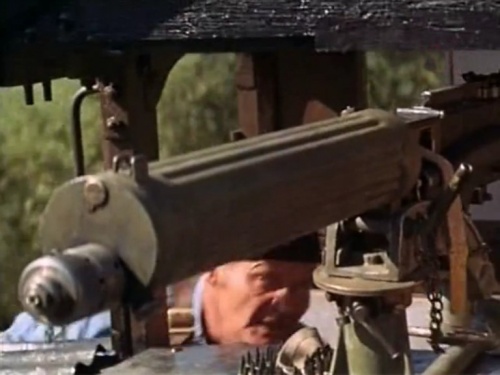 Bolek (Leo Gordon) did a Vickers MK1 machine gun control on the locomotive. 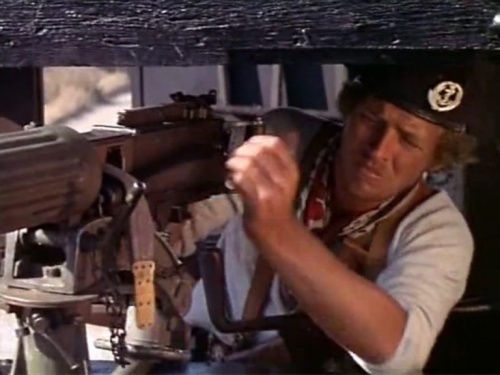 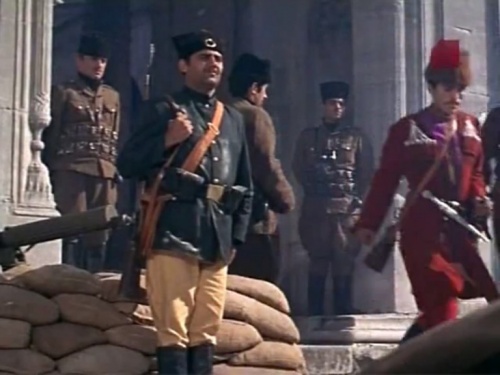 Ataturk's headquarters guards a soldiers with rifles and machine guns. 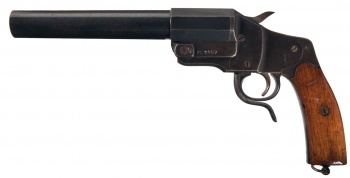 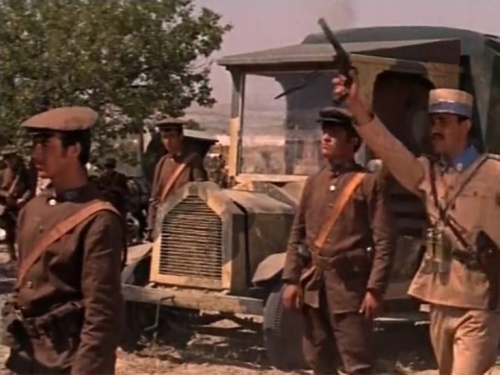 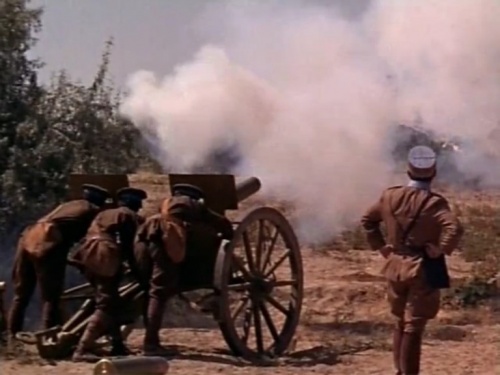 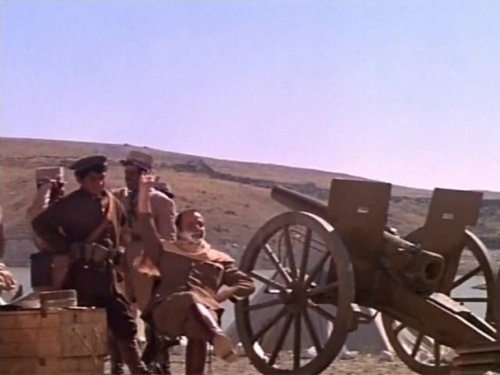