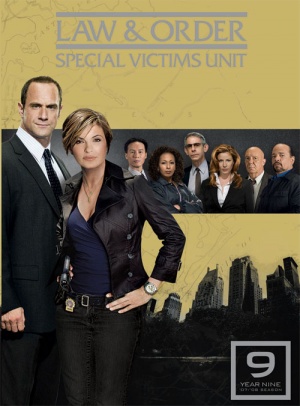 The following lists the weapons seen in Season 9 of the series Law & Order: Special Victims Unit:

2nd and 3rd Generation Glock 19s are used by the majority of NYPD detectives in the Special Victims Unit including Detective Elliot Stabler (Christopher Meloni), Detective Olivia Benson (Mariska Hargitay), Detective Sergeant John Munch (Richard Belzer), Detective Odafin "Fin" Tutuola (Ice-T) and Detective Chester Lake (Adam Beach). Captain Donald Cragen (Dann Florek) is sometimes seen carrying one in some episodes. Uniformed NYPD Officers and FBI Agents are seen using Glock 19s as well. Like many television shows and films, many times when a Glock is seen being drawn, the sound effect of a hammer cocking is heard (despite the fact that Glocks are hammerless). 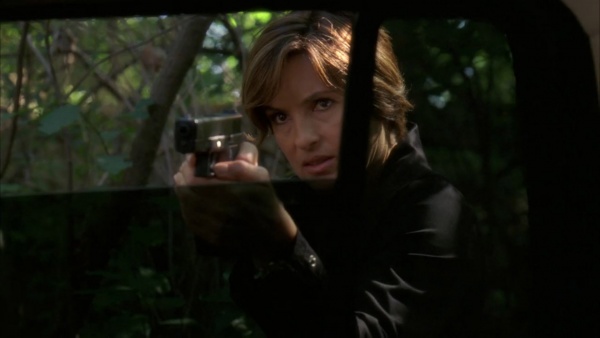 The Glock 19 is pulled by Detective Olivia Benson (Mariska Hargitay) in "Blinded" (S9E07). 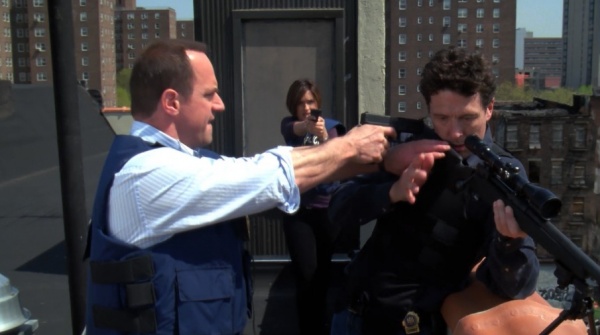 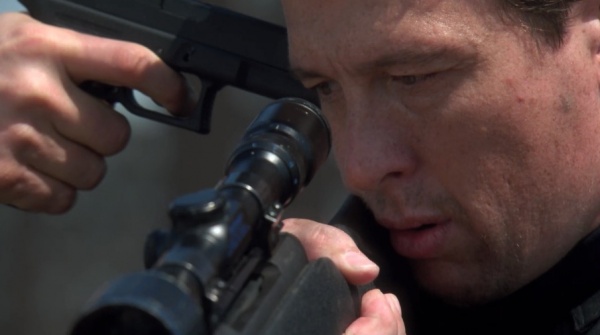 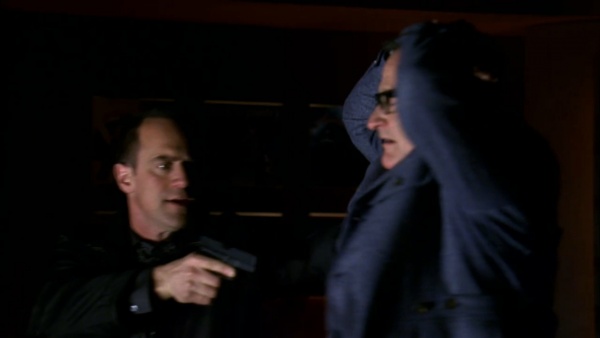 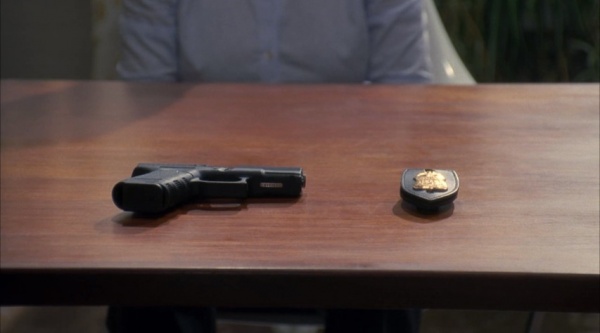 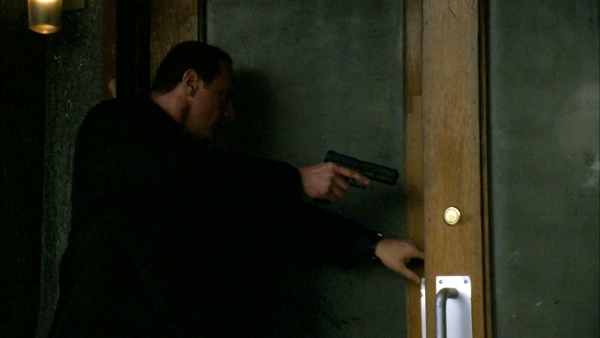 Detective Elliot Stabler (Christopher Meloni) draws his Glock in the series' 200th episode "Authority" (S9E17). The pistol here appears to be a Glock 17.

In "Inconceivable" (S9E14), a Browning Hi-Power appears to be used by a man named Scott Ryland (Kevin Kane Jr.) to shoot James Grall (Mark Moses). It's later discovered at Ryland's apartment and identified as a "9mm Browning" by Det. Stabler. 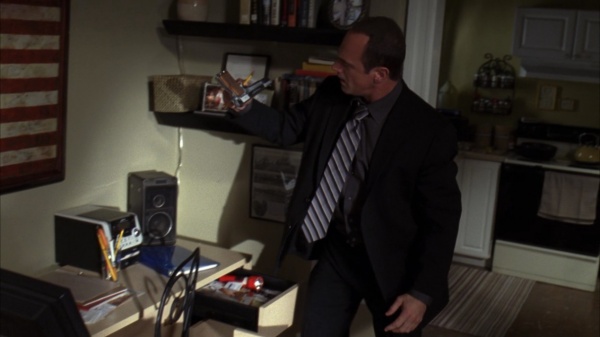 In "Inconceivable" (S9E14), a handgun is discovered at Ryland's apartment and identified as a "9mm Browning" by Det. Stabler. 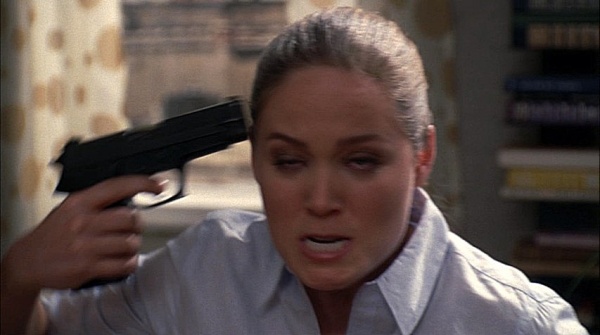 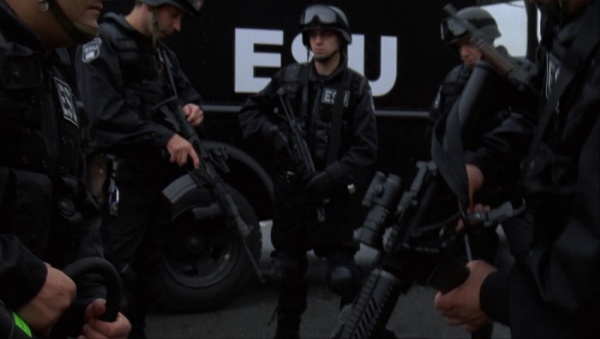 The NYPD ESU snipers are seen armed with the Remington 700PSS rifle throughout the series. The rifle is notably wielded by Thomas Crane (Jack Gwaltney), a corrupt officer from the Fugitive Apprehension Team near the conclusion of Season 9's finale "Cold" (S9E19). 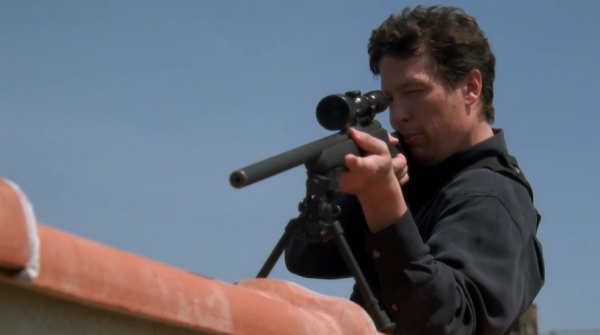 Thomas Crane (Jack Gwaltney) holds the rifle as the Glock is put to his head in Season 9's finale "Cold" (S9E19).

The Ithaca 37 shotgun is another weapon frequently carried by NYPD ESU and other SWAT officers in the series. An ESU Team Leader is seen carrying an Ithaca 37 in "Signature" (S9E12). 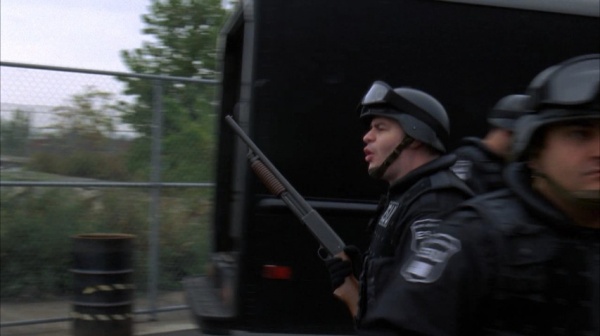