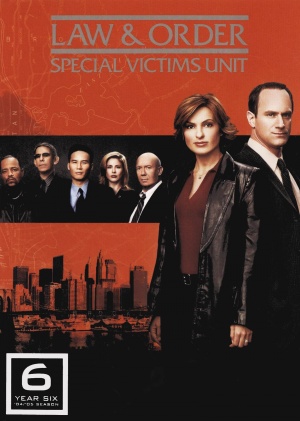 The following lists the weapons seen in Season 6 of the series Law & Order: Special Victims Unit:

2nd and 3rd Generation Glock 19s are used by the majority of NYPD detectives in the Special Victims Unit including Detective Elliot Stabler (Christopher Meloni), Detective Olivia Benson (Mariska Hargitay), Detective John Munch (Richard Belzer) and Detective Odafin "Fin" Tutuola (Ice-T). Captain Donald Cragen (Dann Florek) is sometimes seen carrying one in some episodes. Uniformed NYPD Officers are seen using Glock 19s as well. Like many television shows and films, many times when a Glock is seen being drawn, the sound effect of a hammer cocking is heard (despite the fact that Glocks are hammerless). 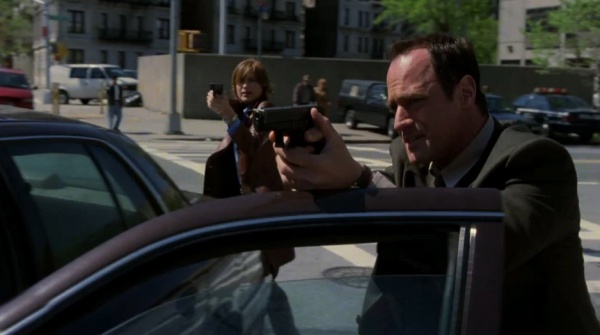 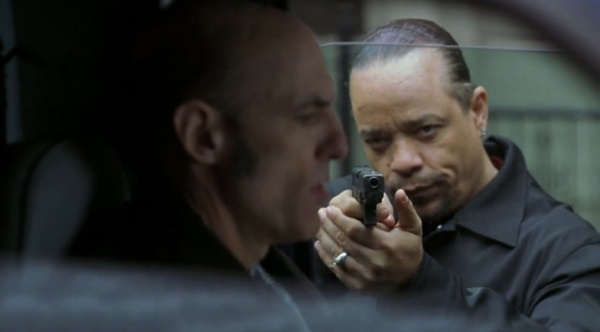 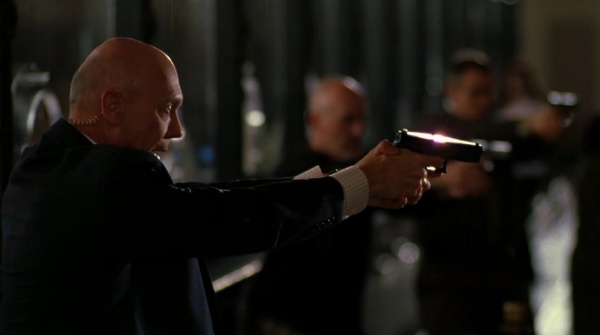 Captain Donald Cragen (Dann Florek) draws his Glock in "Charisma" (S6E07). This appears to be a Glock 17.

In "Haunted" (S6E10), a MAC-10 is used by a suspect during an armed robbery that Detective "Fin" Tutuola (Ice-T) stumbles into. It is identified as a MAC-10 in the episode. 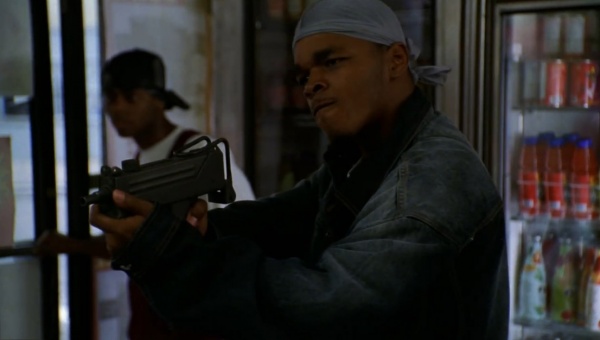 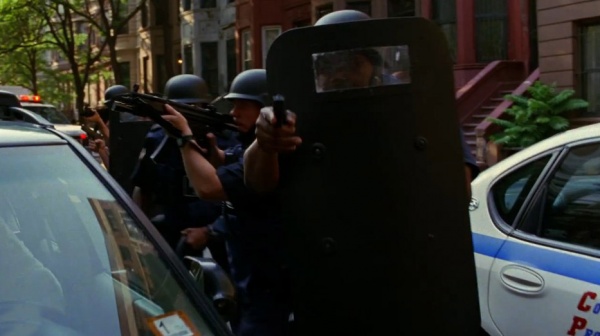 The Ithaca 37 shotgun is another weapon frequently carried by NYPD ESU and other SWAT officers in the series. 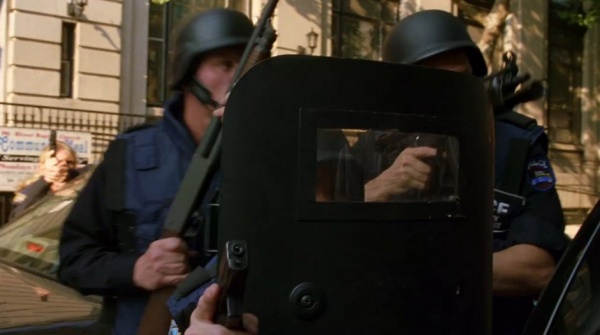