The following weapons were used in Season 2 of the television series Law & Order: Criminal Intent:

Many of the Major Case Squad detectives, including Det. Robert Goren (Vincent D'Onofrio). In reality, the Model 19 is the only Glock model authorized by the NYPD for onduty carry by its officers. 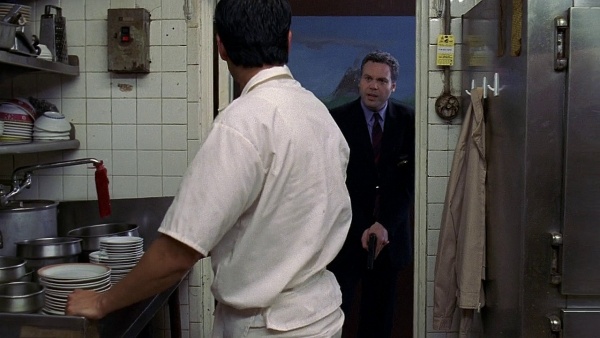 Det. Robert Goren (Vincent D'Onofrio) carries a Glock 19 during the apprehension of a suspect in "Chinoiserie" (S2E05). 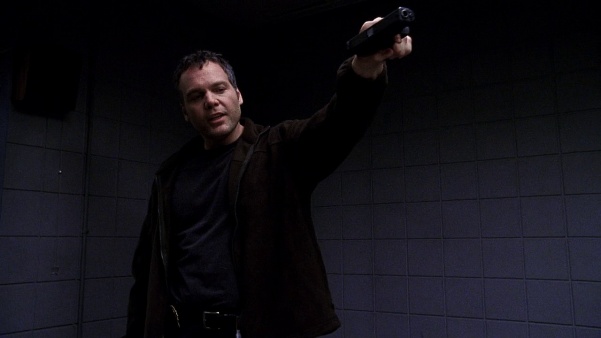 In "Cuba Libre" (S2E16), Det. Robert Goren (Vincent D'Onofrio) demonstrates a "90 degree flip" stance with his Glock 19 during an interrogation. Although he does have his finger on the trigger, he did unload the weapon first. 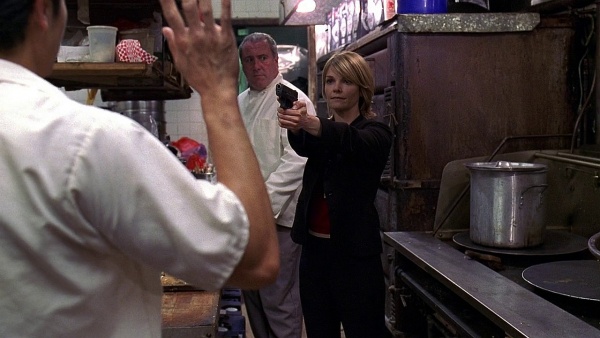 Det. Alexandra Eames (Kathryn Erbe) draws her Glock 26 during the apprehension of a suspect in "Chinoiserie" (S2E05). 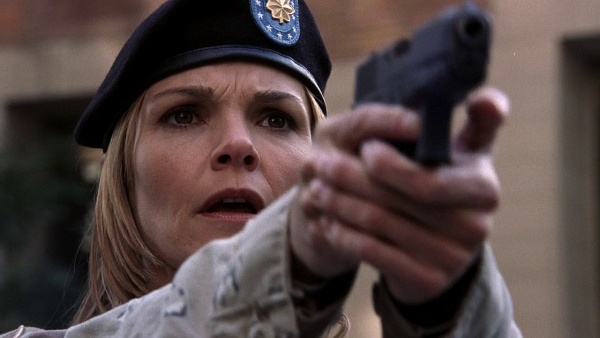 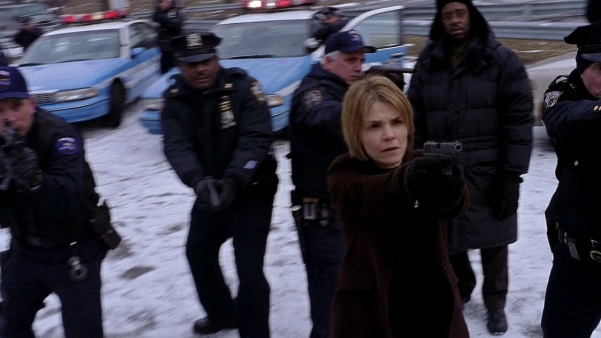 A stainless steel SIG-Sauer P232 appears to be the pistol taken by Dempsey (Clifton Powell) during a prison escape in "Cuba Libre" (S2E16). 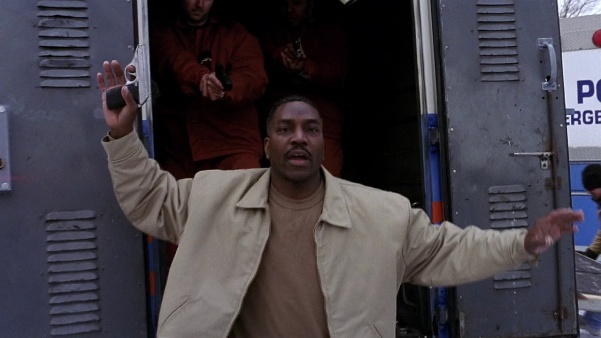 In "Cuba Libre" (S2E16), a stainless steel SIG-Sauer P232 is held by Dempsey (Clifton Powell) during a prison escape. 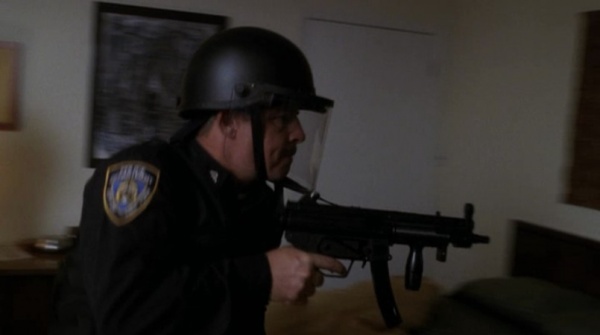 In "The Pilgrim" (S2E08), a Heckler & Koch MP5K-PDW appears to be the weapon carried by an ESU officer. Upon closer inspection, the weapon is an MP5A3 airsoft replica with a foregrip added and stock removed in order to resemble an MP5K.

In "The Pilgrim" (S2E08), Marines of a US Armed Forces color guard are seen carrying M14 Rifles during a veteran's parade. 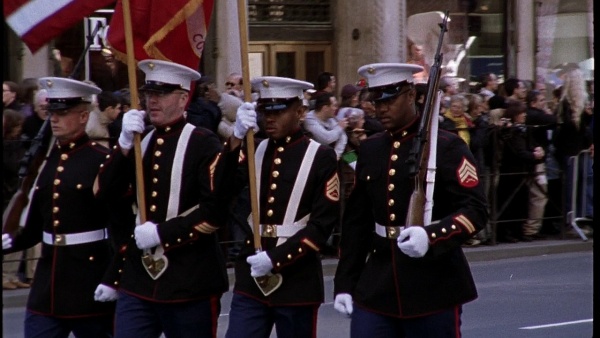 Marines of a US Armed Forces color guard are seen carrying M14 Rifles during a veteran's parade in "The Pilgrim" (S2E08). 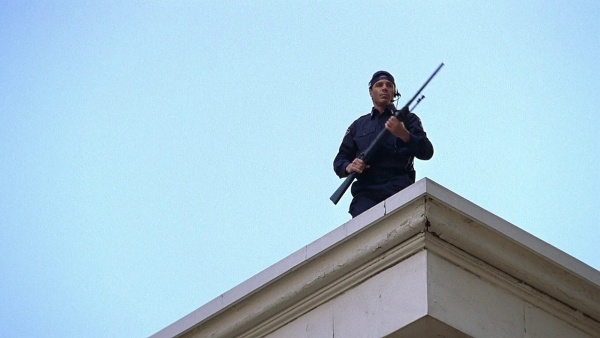 An ESU sniper with the Remington after taking down a terrorist bomber in "The Pilgrim" (S2E08).

The Ithaca 37 shotgun is seen in the hands of ESU officers as well as Capt. Deakins (Jamey Sheridan), notably in "The Pilgrim" (S2E08). 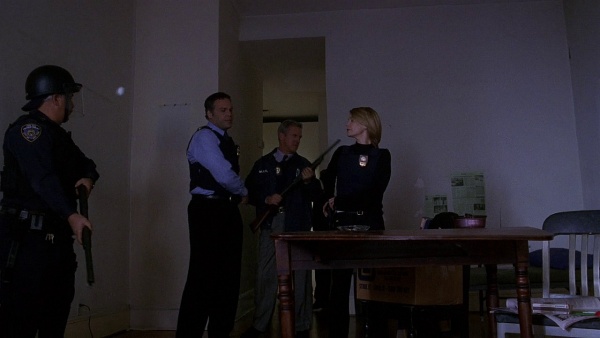 Capt. Deakins (Jamey Sheridan) holds the Ithaca 37 in "The Pilgrim" (S2E08). The ESU officer on the left appears to hold an Ithaca 37 as well with an extended magazine tube.

In "Cuba Libre" (S2E16), an ESU officer at the right is armed with the shotgun.