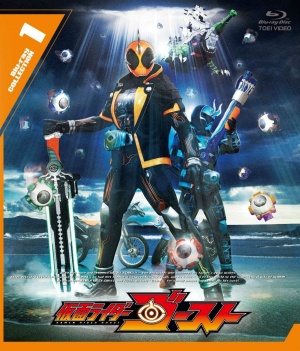 The following weapons were used in the television series Kamen Rider Ghost:

The CG image of a Tanegashima pistol is seen in Kamen Rider Specter's Ghost Driver in "Gathered! Fifteen Eyecons!". 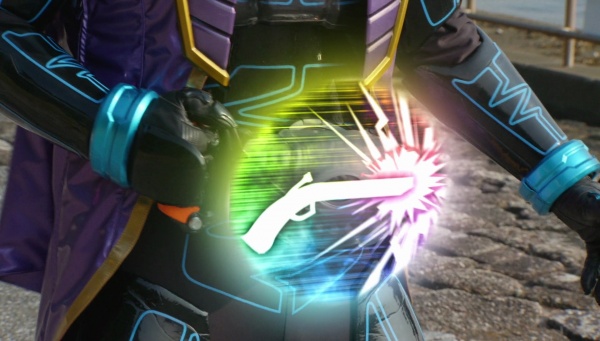 The image of a Tanegashima appears in Kamen Rider Specter's Ghost Driver in "Gathered! Fifteen Eyecons!".

A white gripped holstered Single Action Army is seen hanged in an American western store in the middle of "Quick Draw! The Legendary Gunman!". Kanon Fukami (Mio Kudo) uses dual SAAs, albeit water gun replicas, while being possessed by Billy the Kid in "Opposition! Father & Daughter!". 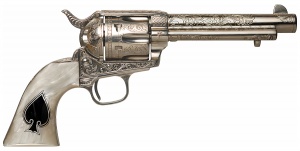 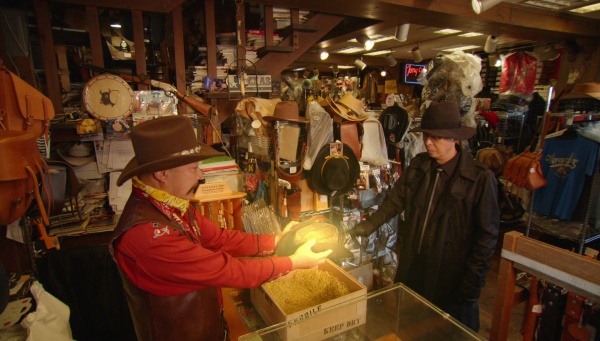 Revolver is seen at the center in the hanged holster in "Quick Draw! The Legendary Gunman!". 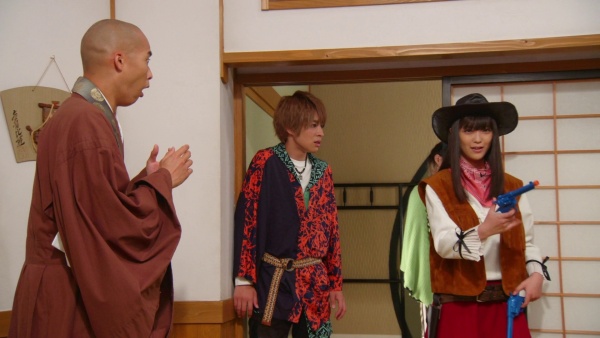 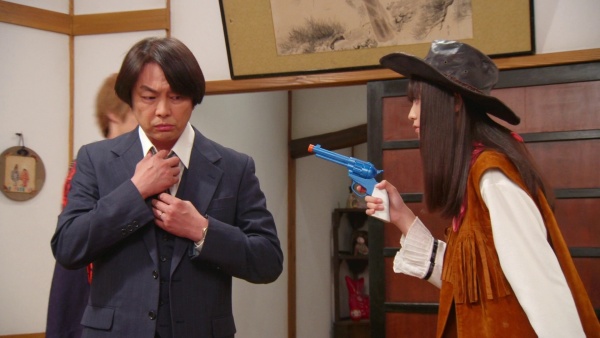 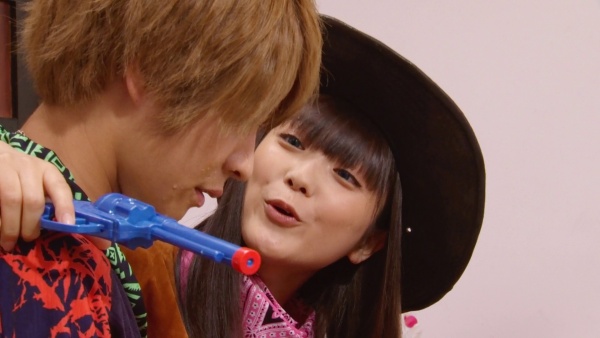 A side view of the water gun SAA.

A Smith & Wesson Model 2 is in an illustration of Ryoma Sakamato in the beginning of "Exciting! A Free Man!". 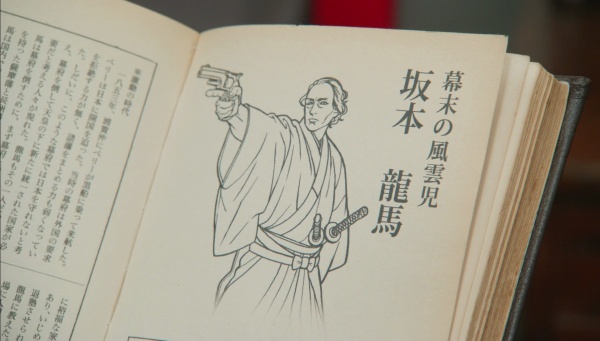 The image of Ryoma Sakamoto with the Model 2 in "Exciting! A Free Man!", which was historically his sidearm of choice during the Meiji era.

A Winchester Model 1866 "Yellow Boy" is seen in an American western store in the middle of "Quick Draw! The Legendary Gunman!". After a close inspection, it appears to be the Denix non-firing replica.

The carbine seen hung on the wall in "Quick Draw! The Legendary Gunman!". Note the position of the barrel band, which is a feature of the Denix replica.

What appears to be a Single Barreled Shotgun is seen in "Wandering! The World of Dreams!" by Professor Yuichi Katagiri (Isao Nonaka) while possessed by the Grimm brothers. 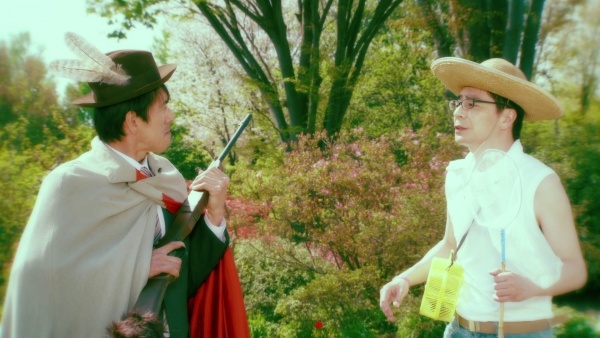 Professor Katagiri with the shotgun while controlled by the Grimm brothers in "Wandering! The World of Dreams!" 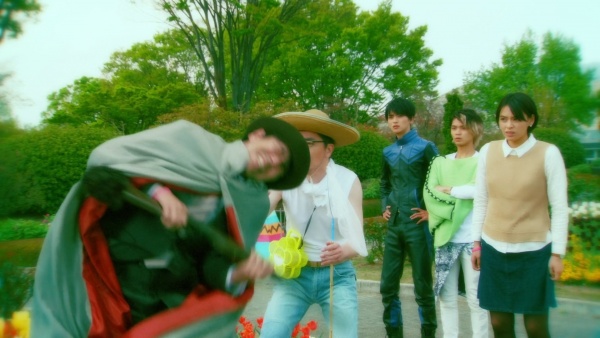 Katagiri struggles to get the Grimms out of his body.
Retrieved from "https://www.imfdb.org/index.php?title=Kamen_Rider_Ghost&oldid=1374857"
Categories: