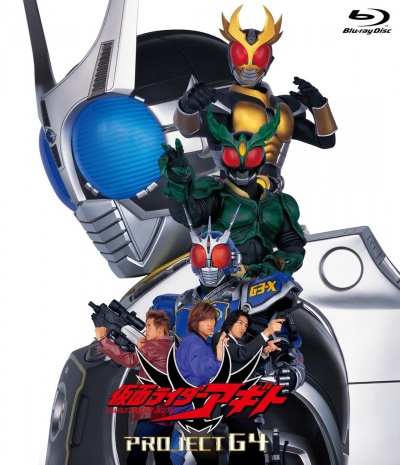 The following weapons were used in the film Kamen Rider Agito: Project G4:

The GM-01 Scorpion is a magnum-powered pistol used by the Tokyo Metropolitan Police's SAUL (Squad Against Unidentified Lifeforms) Unit. According to Kamen Rider Agito, the Scorpion is loaded with 10mm bullets used to take down the Lords. It's used by the Japanese Ground Self-Defense Forces for the Kamen Rider G4 suit, copied from the G3/G3-X. 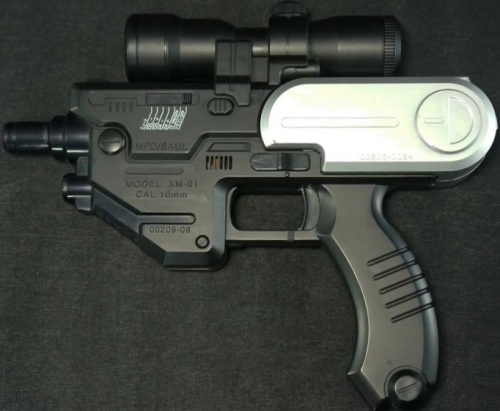 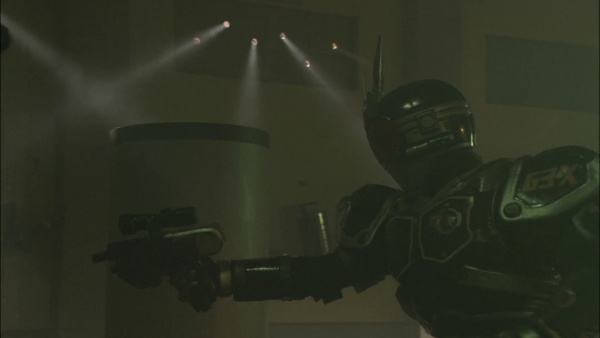 The Scorpion drawn out by Makoto Hikawa aka Kamen Rider G3-X (Jun Kaname) at a Formica Pedes. 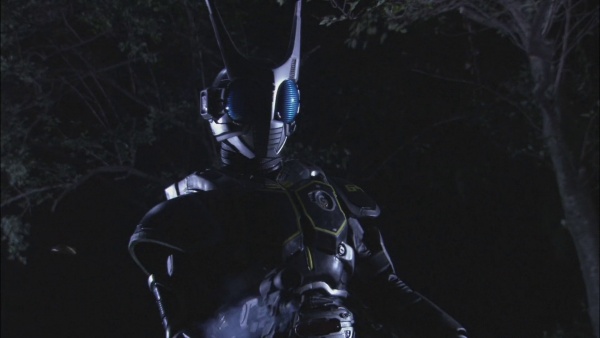 Shiro Mizuki aka Kamen Rider G4 (Ryo Karato) does a quick drawn during a showdown with Hikawa. 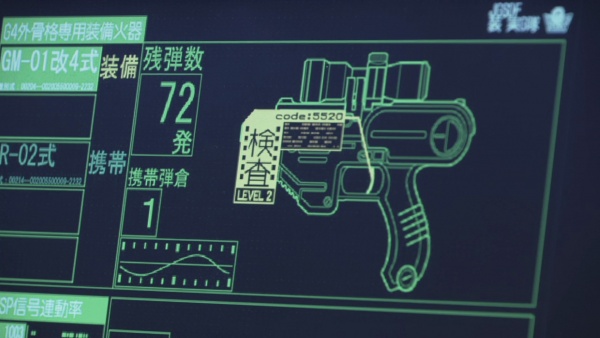 A screen prompt of the G4's Scorpion. It indicates 72 rounds and a Level 2 inspection. 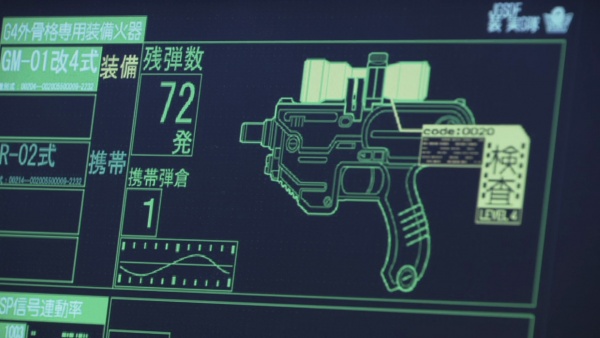 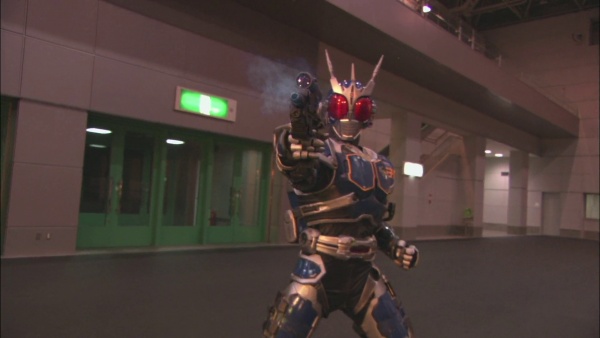 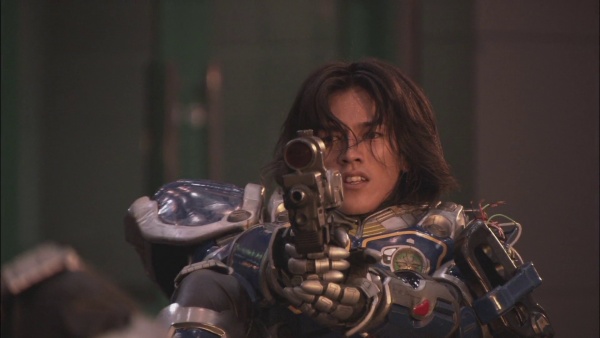 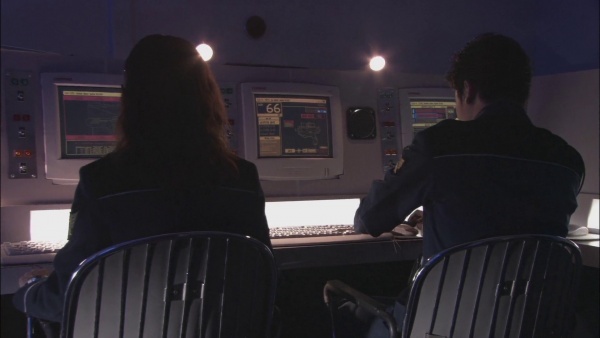 The SAUL team in front of Compaq monitor screens showing the Scorpion.

The Howa Type 64 is used by Japanese Ground Self-Defense Forces soldiers throughout the movie. 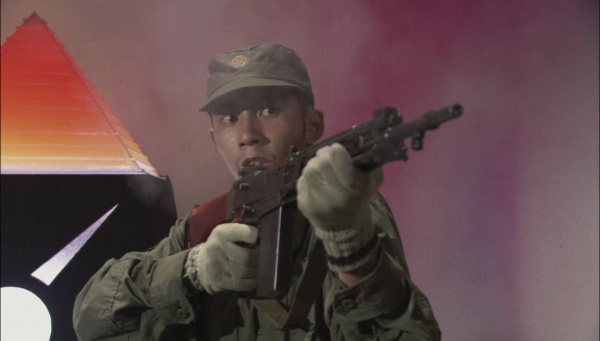 A JGSDF soldier dressed in Type 65 BDUs opens fire at a Formica Pedes at the start of the movie. 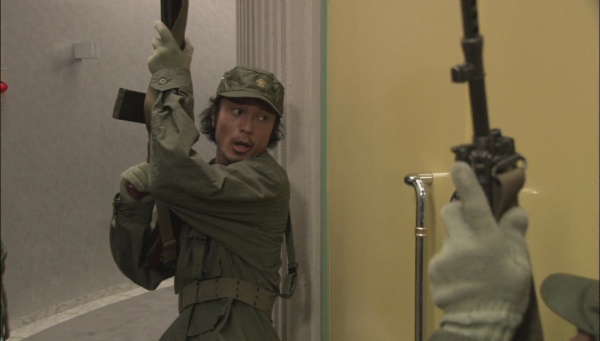 Shiro prepares to storm a room after the JGSDF GA research center comes under attack. 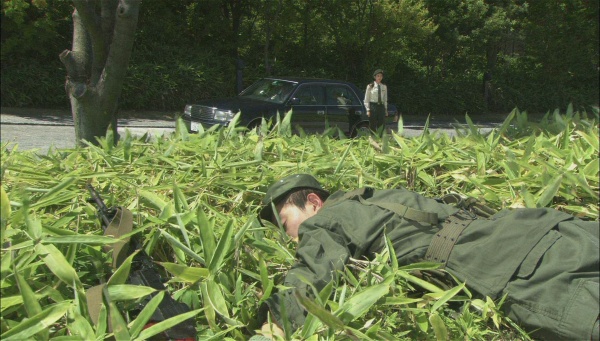 The discarded Type 64 next to the corpse of a JGSDF soldier. 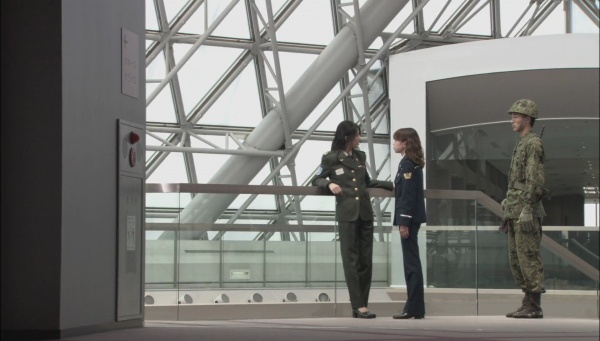 The Type 64 slung on the shoulder of a JGSDF soldier in Type II Flecktarn BDUs. 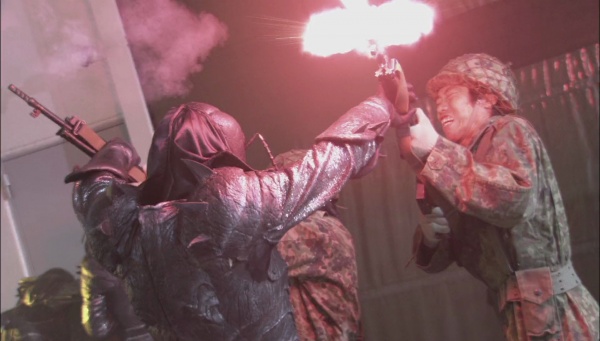 You can see the pink flash when the Type 64 is fired erratically, which indicates that it's a flashpaper-type weapon.

The GX-05 Cerberus is the primary weapon for Kamen Rider G3-X. 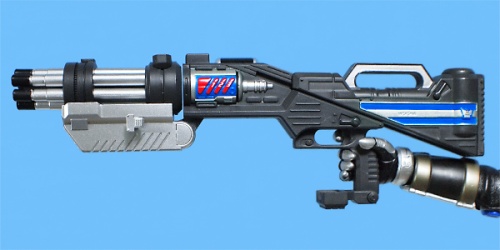 A DX model of the GX-05 Cerberus in Vulcan Mode. 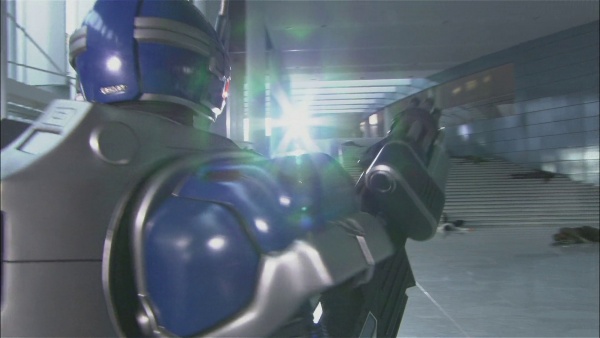 Hikawa arms himself with the Cerberus while investigating the raided research center. 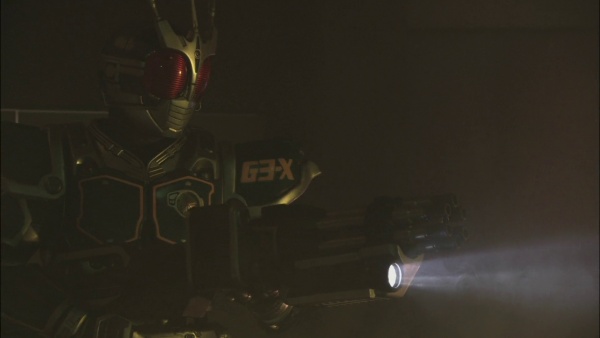 Using the attached torchlight to search a dark room. 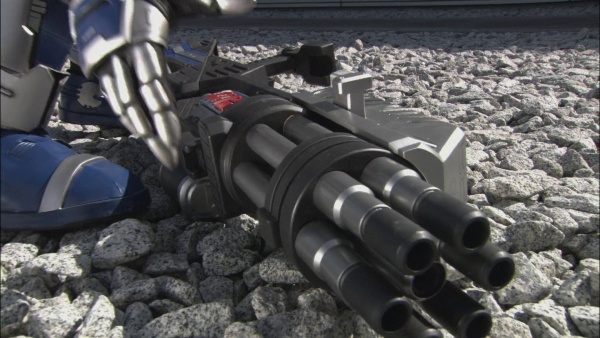 A good shot of the dropped Cerberus. 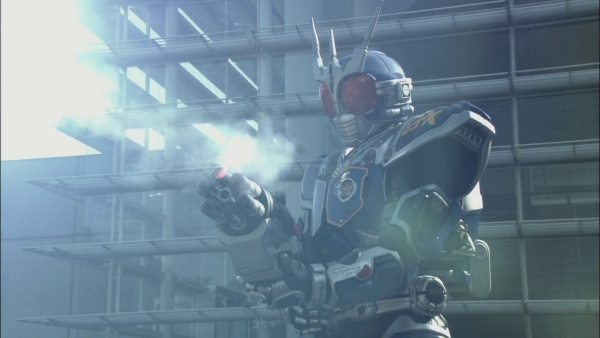 Note the pink flash when the Cerberus is fired at a FP, indicating that it's just a working replica. 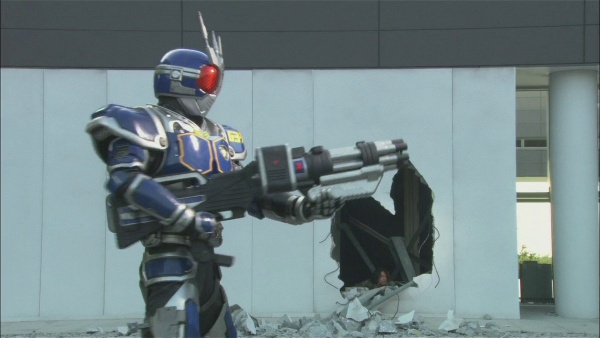 In this shot, you can see a full shot of the weapon.

The SAUL team in front of Compaq monitor screens showing the Cerberus.

The Gigant missile launcher serves as the primary weapon for Kamen Rider G4. 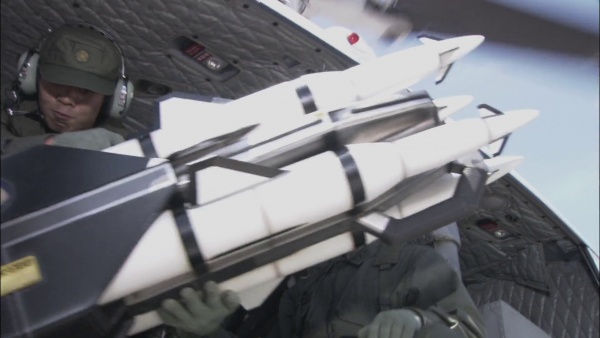 A JGSDF soldiers secures the launcher. 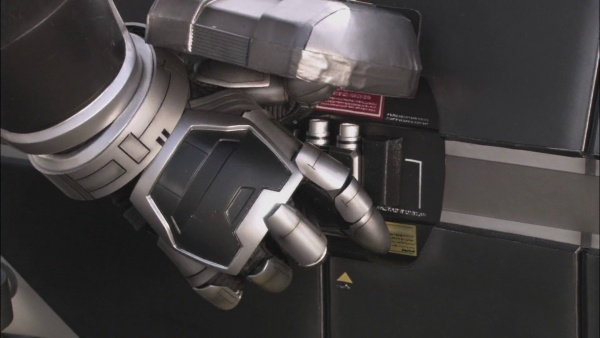 Shiro opens a panel on the Gigant. 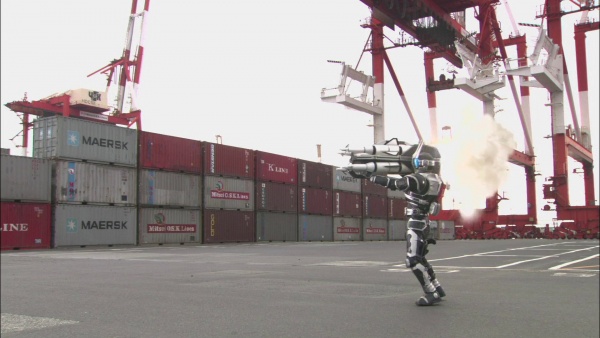 A shot of the Gigant prior to being fired. 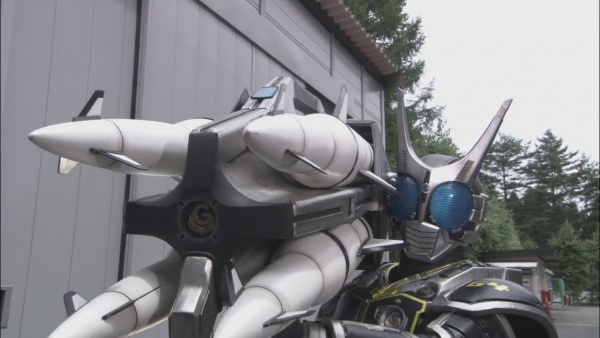 Another shot of the Gigant being shouldered. Note the "G" emblem.
Retrieved from "https://www.imfdb.org/index.php?title=Kamen_Rider_Agito:_Project_G4&oldid=1288508"
Categories: