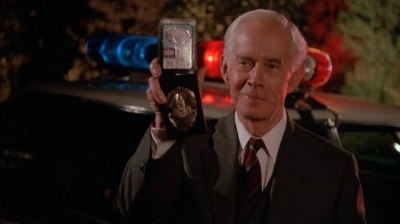 Harry Morgan (1915-2011) was an American actor best known for his roles as Bill Gannon in the series Dragnet (1967) and Col. Sherman T. Potter in the series M*A*S*H. In addition to those roles, he appeared in several Western feature films, including The Shootist, High Noon (1952), and How the West Was Won.