From Internet Movie Firearms Database - Guns in Movies, TV and Video Games
(Redirected from The Shootist)
Jump to navigation Jump to search

The Shootist is the 1976 Western that marked the final acting role for John Wayne, who portrays an aging gunfighter dying of cancer who faces one last duel. The film was directed by Don Siegel and co-starred Ron Howard, Bill McKinney, and Harry Morgan.

The following weapons were used in the film The Shootist:

The Great Western revolver is the main handgun of J.B. Books (John Wayne). These Single Action Army Replicas were made in the 50's to be used by Wayne. These were a set of 2 engraved revolvers presented to him by the defunct Great Western company. According to the well known gunwriter John Taffin, the revolver that is thrown through the saloon by Gilliam Rogers (Ron Howard), is not one of the Great Westerns, but a movie prop, made using a Ruger Blackhawk, modified to look like a SAA. 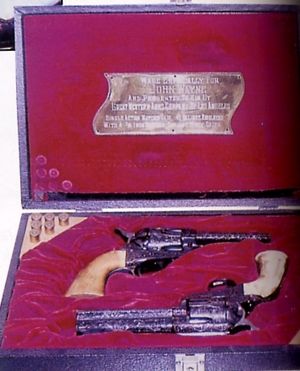 The 2 engraved Great Westerns, belonging to the late John Wayne, seen in The Shootist. 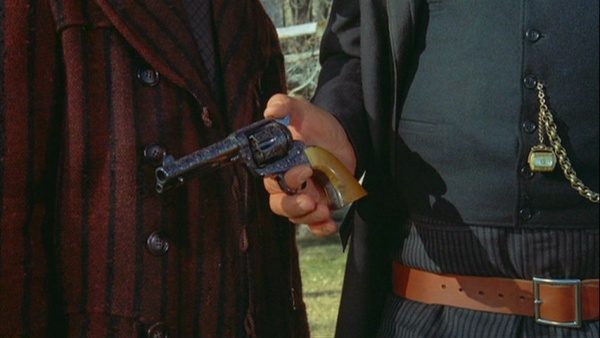 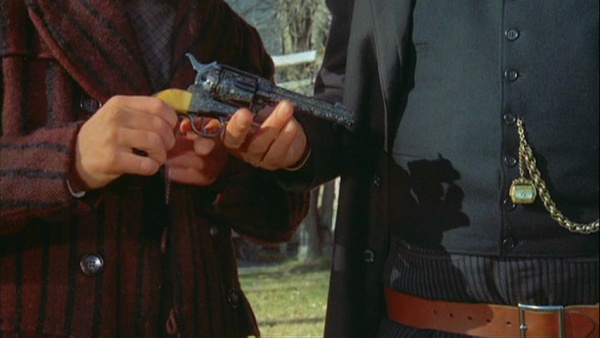 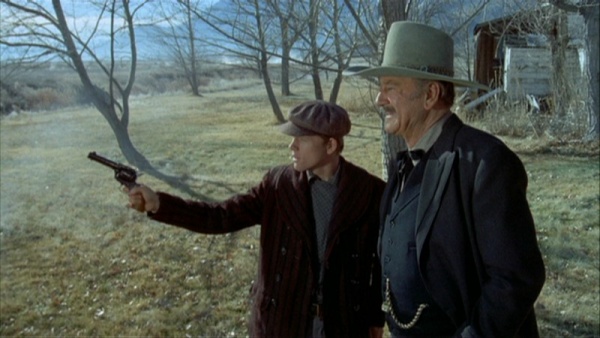 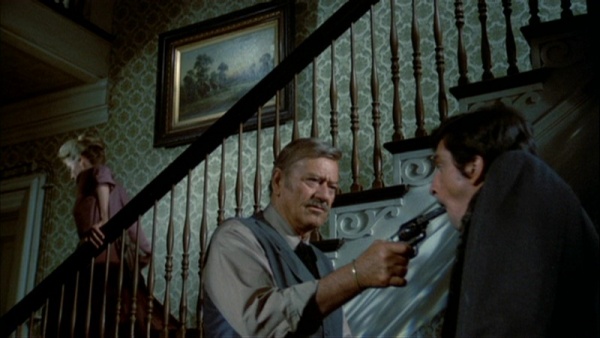 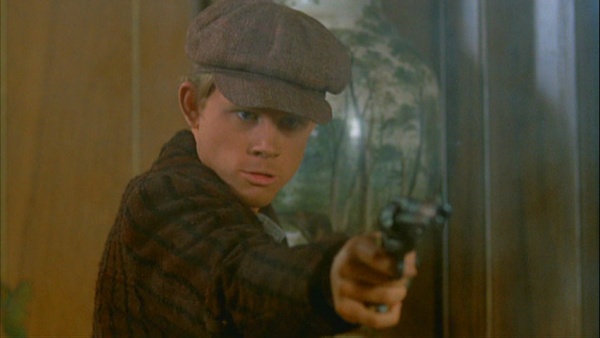 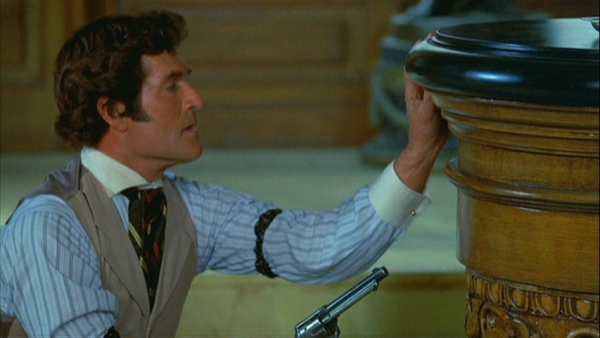 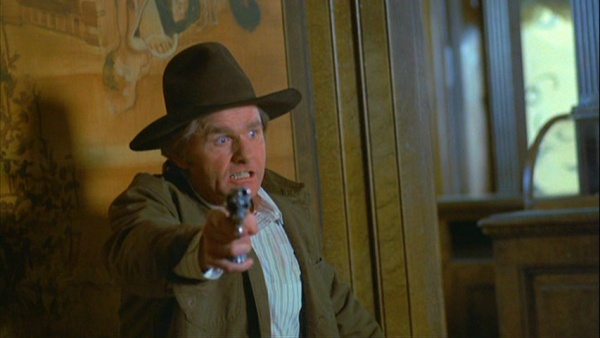 Jack Pulford (Hugh O'Brian) carries what appears to be a nickel-plated Smith & Wesson Safety Hammerless break-top revolver with a 6" barrel. 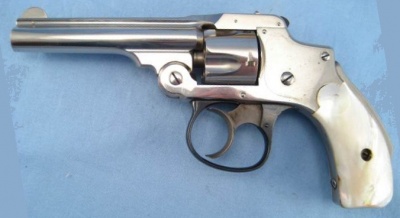 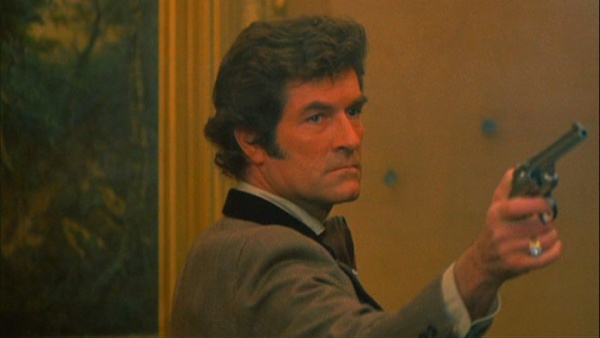 J.B. Books (John Wayne) carries a hidden Remington 1866 Derringer, and uses it at the beginning of the movie. 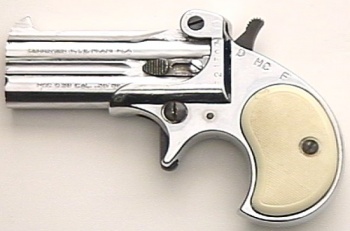 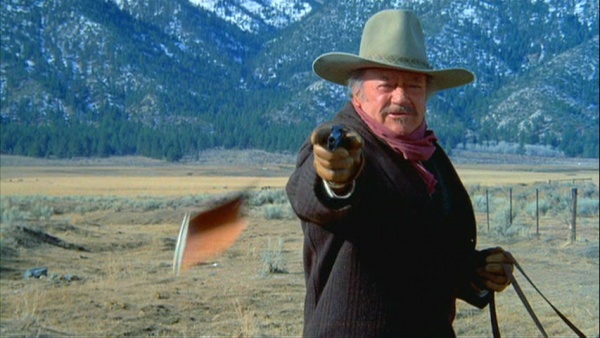 Books also carries a Winchester Model 1892 rifle with a large loop lever, just like the one he carried in most of his other Westerns such as True Grit. The rifle is never seen fired. 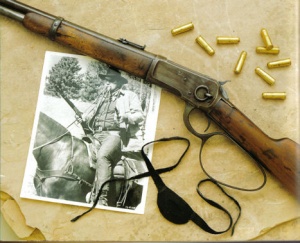 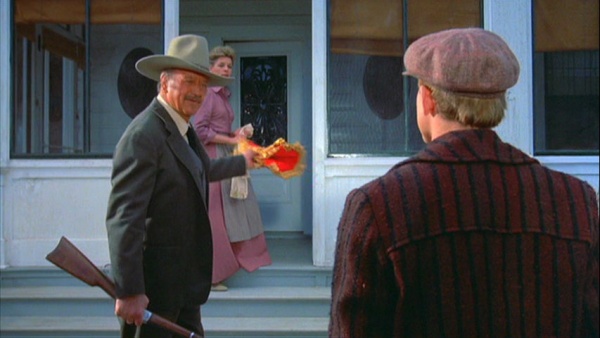 A Hammerless Coach Shotgun is used by the bartender in the final shootout.

Stoeger/IGA Coach hammerless side by side - 12 Gauge 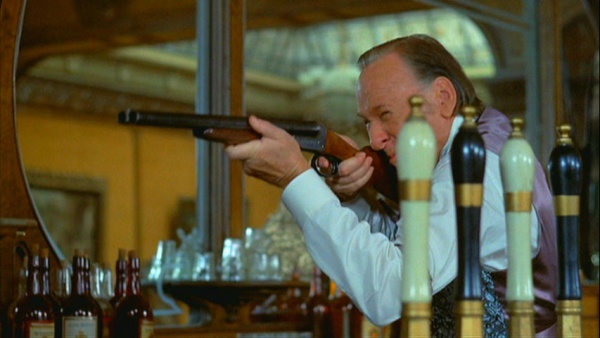 The bartender uses the "Coach".

A Charlie Parker Double Barreled Shotgun is used at the beginning of the film. 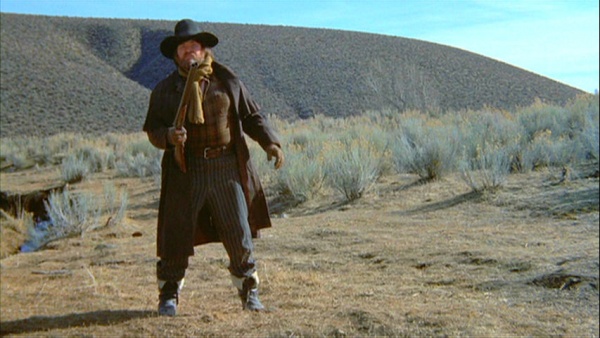