Che! is a 1969 American biographical drama film directed by Richard Fleischer and starring Omar Sharif as Marxist revolutionary Ernesto "Che" Guevara. It follows Guevara from when he first landed in Cuba in 1956 to his death in Bolivia in 1967, although the film does not portray the formative pre-Cuban revolution sections of Che's life as described in the autobiographical book The Motorcycle Diaries (1993).

The following weapons were used in the film Che!:

A variant of Colt 1911 is used by a Cuban soldier and the captain of the Bolivian rangers.

Cuban oficcer pointing to a prisoner

Several rebels appear to be equipped with the PPSh-41.

The M1921AC Thompson is used by the Cuban rebels, Fidel Castro (Jack Palance) the Cuban Army, the Che guerrillas and the Bolivian Rangers.

Guillermo (Woody Strode) fire his Thompson during the ambush

A rebel is hiding in a cane field during the ambush of the Cuban army.

Rebel with his Thompson after the combat.

Rebel aboard a jeep headed to "La Cabaña" holding a Thompson

A Bolivian ranger fires his Thompson during the ambush of the guerrillas.

Che Guevara (Omar Sharif) uses a Madsen M50 during urban combat in a Cuban town, likewise is seen in the hands of a Cuban rebel and a Bolivian Ranger.

Rebel with a Madsen during the popular trial (right).

Che carrying a Madsen during the advance to the village.

Che with his Madsen during the attack.

Madsen on the floor after Che is hurt.

Bolivian Ranger fires his Madsen against the guerrillas of Guevara.

Some rebels use the MP40 in some scenes.

Willy (Rudy Diaz) carries a Beretta Model 38A in a one scene in the film.

A guerrilla in Bolivia carries a Berretta Model 38-44 slung over his back.

Beretta Model 38/44 - 9x19mm. This model replaced the 38/42 and features an unfluted barrel and lacks the recoil spring extension from the back of the receiver.

Rebel taking prisoner to a Cuban soldier with his M1.

Cuban soldier with an M1 after slaughtering a peasant.

Cannons of a pair of M1 about to execute a traitor.

a guerrilla fighter targeting a Bolivian patrol with an M1.

In the film bolivian soldiers are armed with appers a Gewehr 1898 rifles. Captain Vasquez (Albert Paulsen) is seen with a Mauser slung over his shoulder.

A Cuban rebel is seen carrying a Sturmgewehr 44 during the victory celebration.

Che , the rebels , the Cuban Army , Guerrillas and Bolivian Rangers are shown using the M1 Carbine.

Rebel fire his M1 Carbine during the ambush.

Che checking a M1 Carbine during the barracks attack.

Tania (Linda Marsh) carrie a M1 after the river ambush.

Che prepared to fire on the bolivian soldiers

Cuban soldiers are armed with is machinegun , Willy (Rudy Diaz) carries a Browning Automatic Rifle during the guerrilla campaign in Bolivia.

A Cuban Soldier armed with a BAR.

Guillermo (Woody Strode) use a Browning M1919A2 during the last combat. 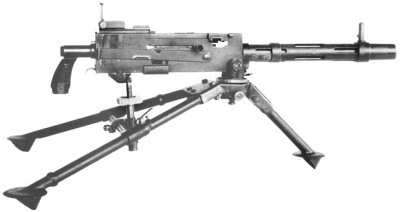