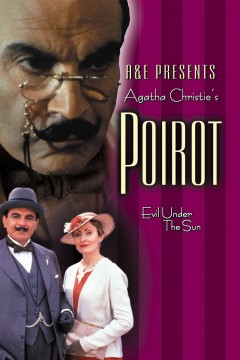 Evil Under the Sun is a feature-length episode in Agatha Christie's Poirot film series, the first in Season 8.

The following weapons were used in the film Agatha Christie's Poirot: Evil Under the Sun:

One of the drug dealers who arrives on Pixy Cove threatens Japp and Hastings with a Beretta M1934. 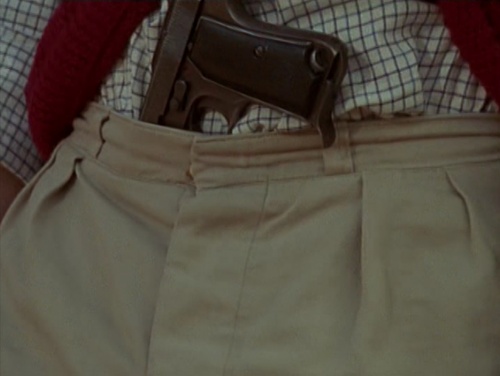 A drug dealer reaches for the Beretta in his waistband. 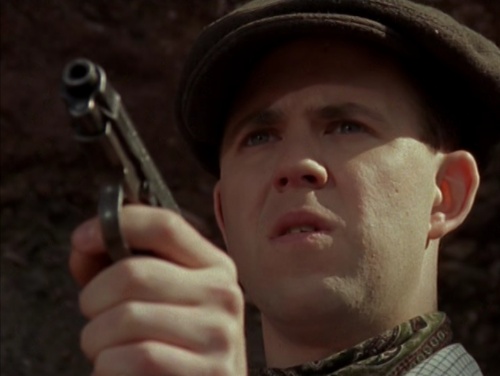 The drug dealer aims his Beretta. 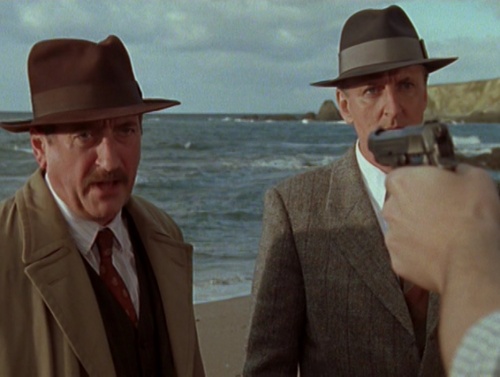 Japp and Hastings try to calm the drug dealer down. 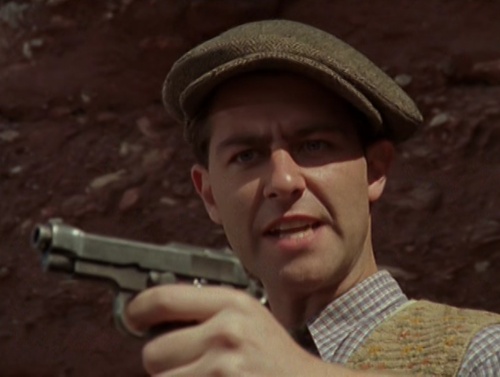 The other drug dealer urges his friend to shoot them. 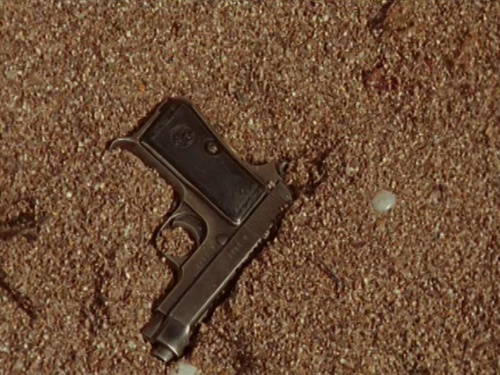 The Beretta falls onto the beach. 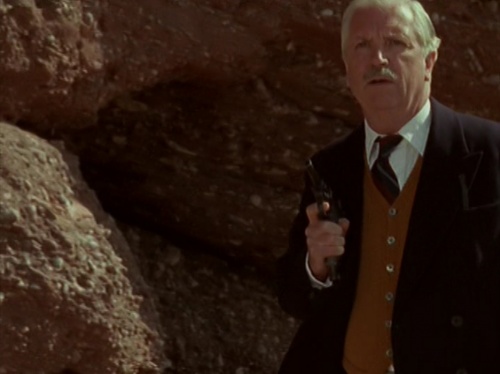 Major Barry approaches the drug dealers with his Luger. 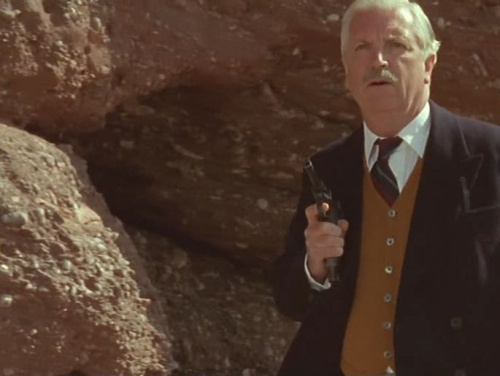 The magazine of the Luger appears to be falling out. 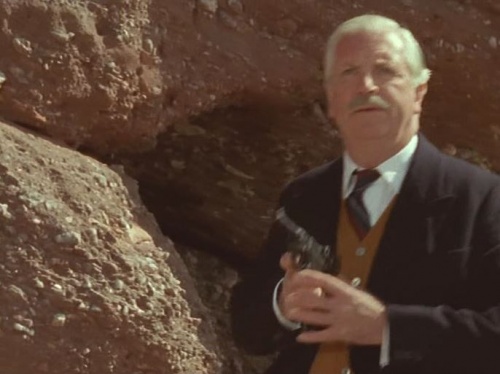 Another view of the pistol.
Retrieved from "https://www.imfdb.org/index.php?title=Agatha_Christie%27s_Poirot:_Evil_Under_the_Sun&oldid=1307003"
Categories: