Have to say I disagree with a lot of the changes made. Police and Military rifles should get separate entries to reflect the reality that they're meant to be different guns but Techland took a shortcut of copy and pasting parts of it. Also whilst the grenade launcher is indeed too small, that's due to poor modeling as you can see the frame overlaying the magazine. It's not a flashlight. Only change I do agree with is that the P226 is a USP-SIG hybrid. Will be changing some back if no objections. Temp89 (talk)

The American 9mm pistol is most definitely Korriphila HSP-701 with some slight resemble to an 80's series Beretta in the slide, not sure why it was changed to latter wholesale. AgentGumby (talk) 17:08, 5 March 2015 (EST)

The bottom of the grip and the curve ahead of the trigger guard are more akin to the HSP, but the Bersa is probably the closest pistol in general, good call.AgentGumby (talk) 23:15, 13 April 2015 (EDT)

So should it be changed? Let's say for simplicity's sake it's a Bersa with elements of the Cheetah and the Korriphila or alternatively list it as a frankengun. I would change it myself but I'm not really a tech-savvy guy --Slemke1998 (talk) 18:07, 15 April 2015 (EDT)

Probably not right, but looking at the lower frame of the American 9mm gives me some serious WIST-94 vibes (not the variant with the integrated laser). Thoughts? Pyr0m4n14c (talk) 09:39, 20 February 2017 (EST) 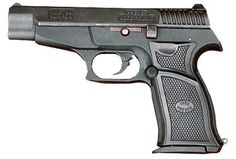 WIST-94 pistol. 9x19mm Parabellum.
Yeah seems likely be based on it. Probably likely as the game was made in Poland. And by the way, could be rifles be based on a MPT-55?

Honestly it does look to be based off it, you might want to upload an image showing the other side of the receiver. I had to search google to find one that does show the same fire controls, slanted magwell and machined flat on the magwell for the rollmark as the ingame guns show. Also remember to sign your posts. Black Irish Paddy (talk) 14:18, 17 May 2019 (EDT)

In recent videos, it appears the upcoming The Following DLC has included these new weapons in the game so far. 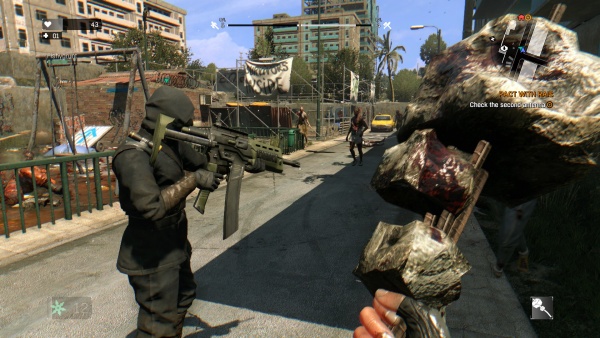 Don't know if this is exclusive to the Xbox One version, but when a co-op player draws a firearm, the proportions tend to screw up rather humorously.AgentGumby (talk) 17:26, 25 February 2016 (EST)