Smugglers of Death (original title: Král Šumavy (english: King of Sumava) is Czechoslovakian action espionage drama from 1959 directed by Karel Kachyna. A small crew of SNB (National Security Corps) border guards defends the 'Iron Curtain'. It helps them in that impenetrable swamp. The only one she can penetrate is a man called "King of Sumava".

The following guns were used in the film Smugglers of Death:

The officers of SNB (National Security Corps) carry a Tokarev TT-33 as their sidearms. 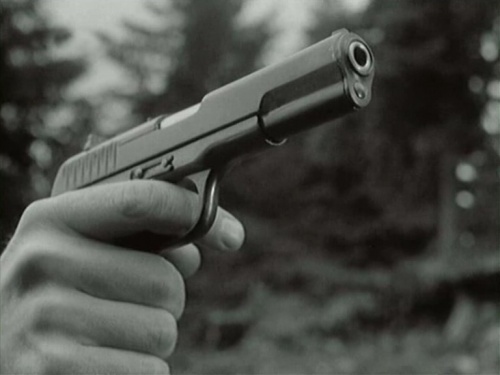 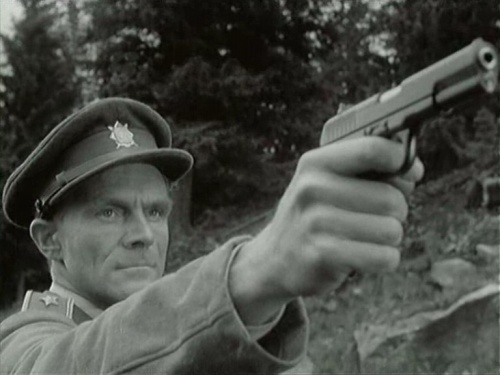 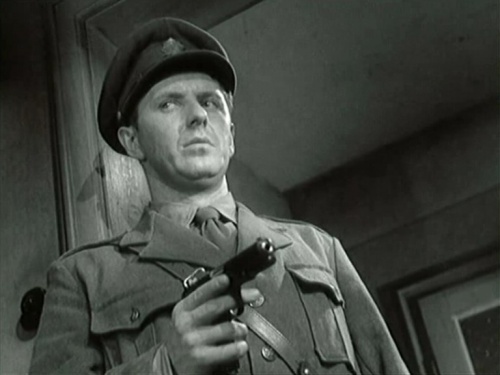 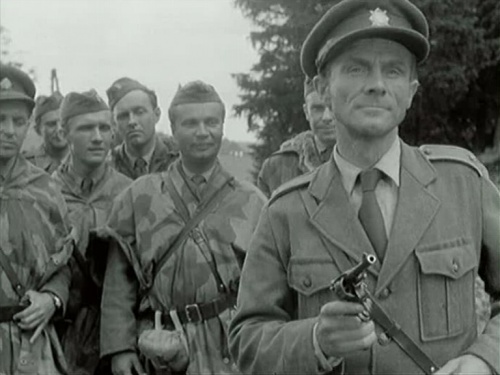 The commander pulls his Nagant M1895 revolver from holster ... 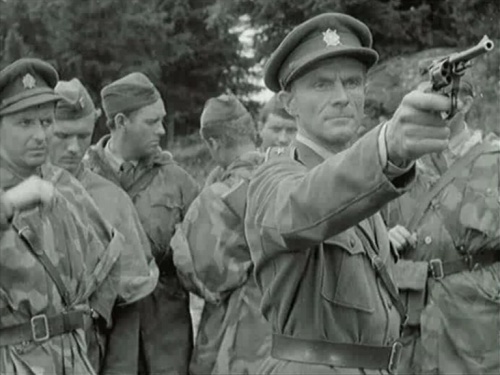 ... and demonstrates the proper shooting technique for his subordinates.

A spy Pavel Rys (Stanislav Remunda) is armed with a Walther P38 pistol. 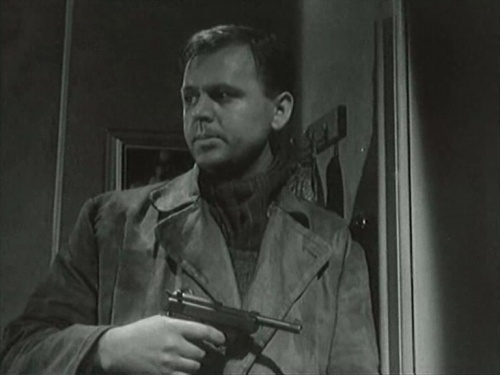 One of the spies and also himself "King of Šumava" holds in one scene in the hands Luger P08 pistols.

(Because of the darkness it was not possible to use quality screenshot.) 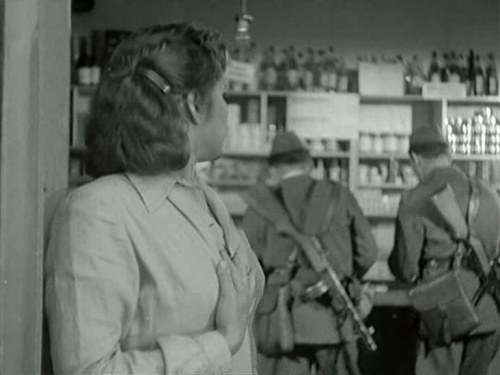 SNB men in the cafeteria have PPSh-41 on their backs, everyone has a different type of magazine. 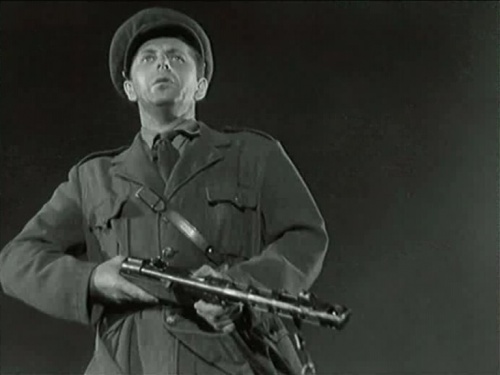 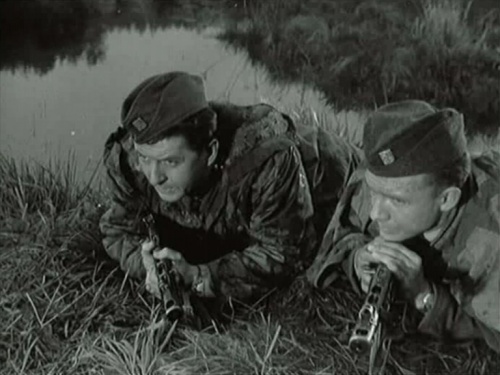 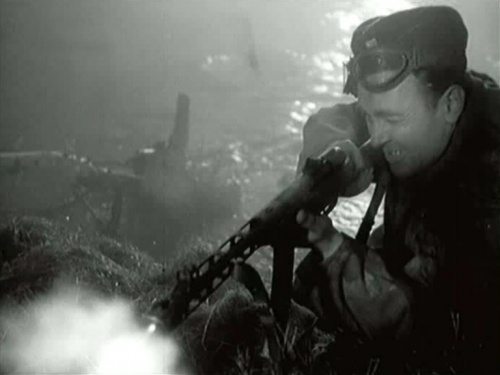 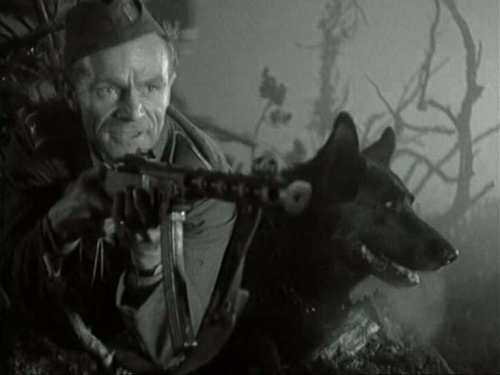 Galapetr (Jirí Holý) his a MP40 hides in a violin case, but WO. Zeman (Jirí Vala) could not be fooled. 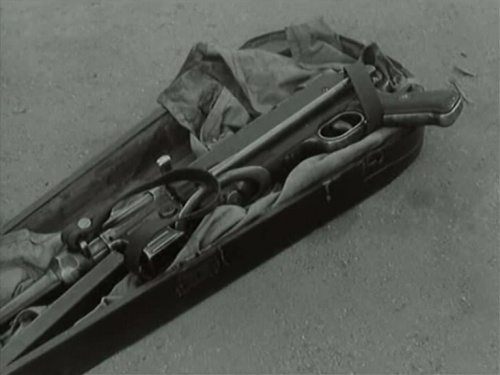 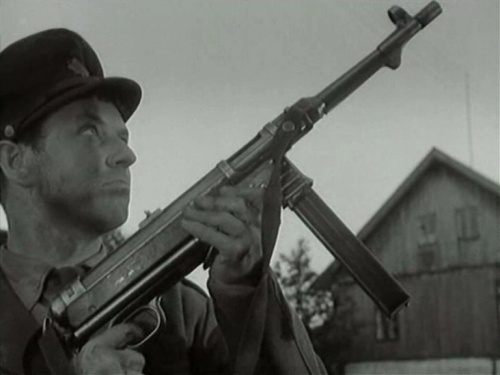 The agent known as "King of the Sumava", a smuggler of spies, is armed with a SA 25 submachine gun mocked as Sten Mk I*.

Czech Sa.25 - 9x19mm; the slide on the front handguard is a speedloader for magazines. 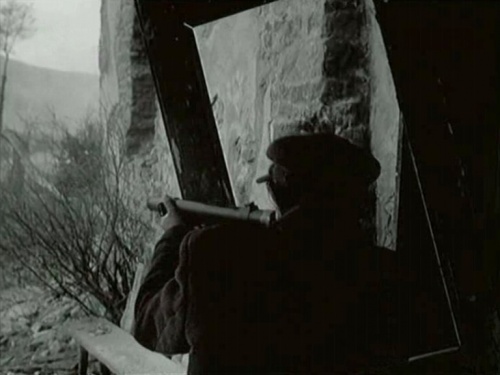 The agent Kilián (Leopold Novák) with a SA 25 submachine gun in a shootout with SNB border guards. 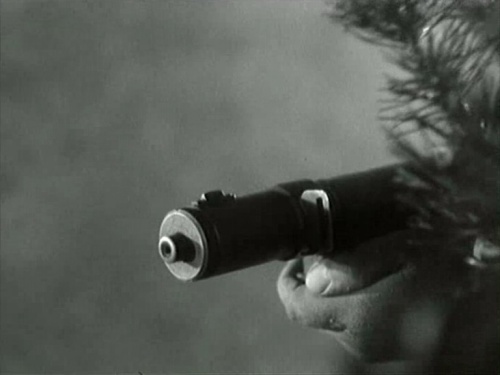 His successor, the gamekeeper Paleček (Miroslav Holub), shot from backup his accomplice in the marshes.

For training in shooting, and special occasions have border guards VZ-24 rifles. 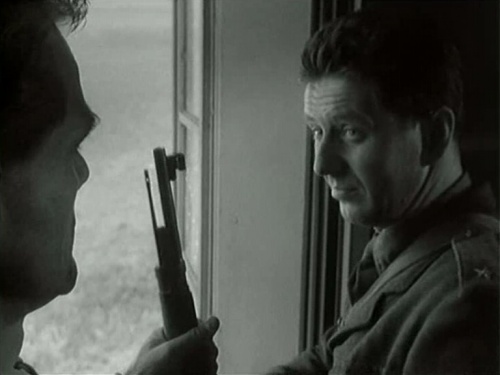 CWO. "SNB" Kot (Radovan Lukavský) handed a rifle to Karel Zeman (Jirí Vala), for a shooting to show off. 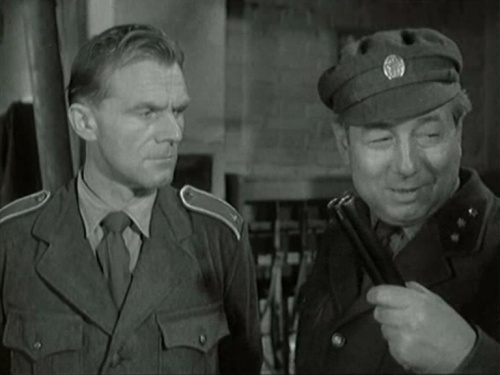 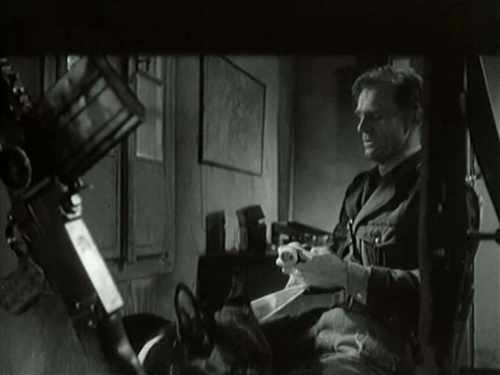 The agent Kilián (Leopold Novák) during a firefight on the border guards threw a F-1 hand grenade. 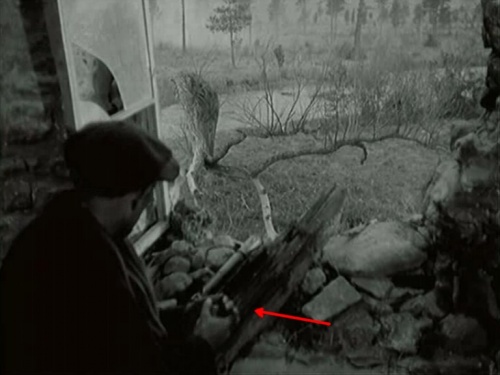