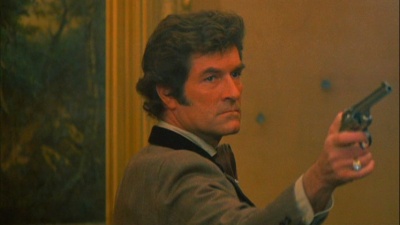 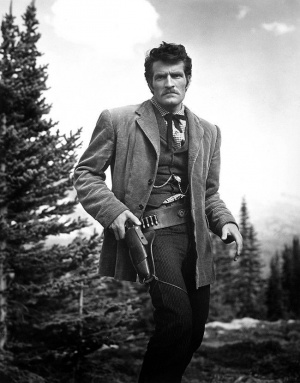 Hugh O'Brian carries a Single Action Army revolver in holster as Carl Smith on a promo image for Saskatchewan (1954).

Hugh O'Brian was an American actor perhaps best known for his role as Wyatt Earp in the television series The Life and Legend of Wyatt Earp and two television films. In addition, he had roles in such films as The Shootist, Ten Little Indians and Twins.