Schweik Is Preparing for Battle (Schweik gotovitsya k boyu) is a Soviet 1942 war comedy. The film depicts the adventures of The Good Soldier Švejk (also spelled Schweik, in this form the name is used in the English title of this movie) (Vladimir Kantsel), the main character of the famous Czech novel by Jaroslav Hasek. The story followes the events, described in Boyevoy kinosbornik No. 7, and in turn is followed by 1943 movie The New Adventures of Schweik (Novye pokhozhdeniya Schweika). In Schweik Is Preparing for Battle Josef Švejk joins Czech resistance after the escape from Nazi concentracion camp. In the course of action Švejk tells several stories about French resistance.

Due to unclear reasons the movie was banned and wasn't released at that time.

The following weapons were used in the film Schweik Is Preparing for Battle (Schweik gotovitsya k boyu):

Gestapo officers use Nagant M1895 revolvers during the shootout with Czech resistance. 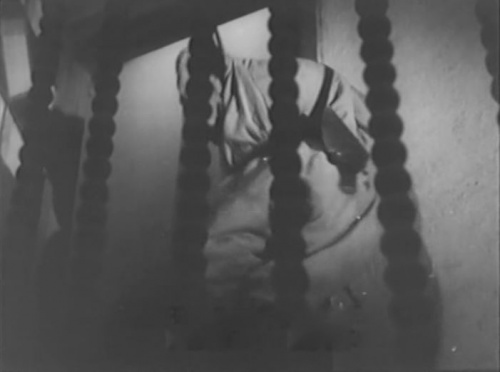 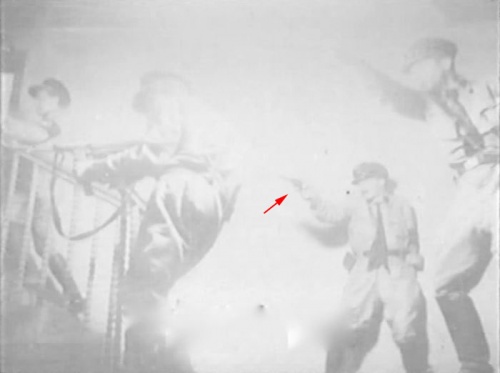 A Gestapo officer in center fires a Nagant. 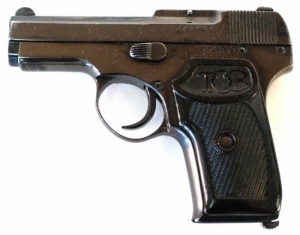 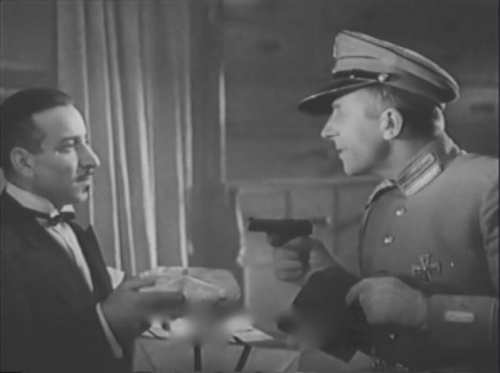 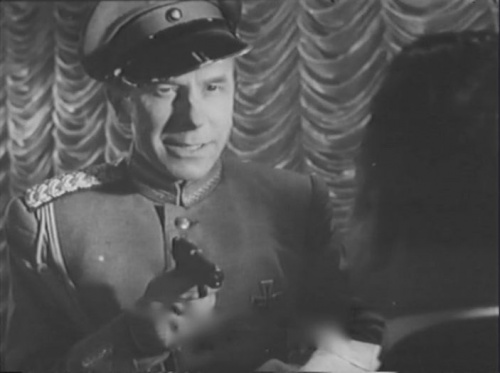 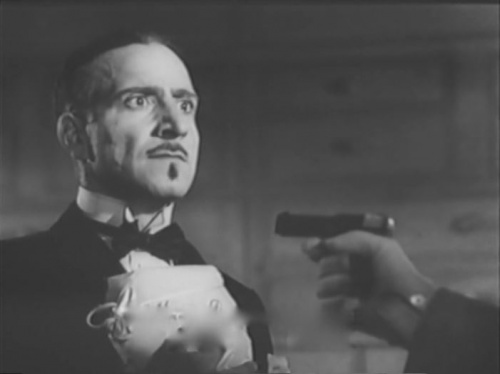 The officer threatens the owner of a fashion store. 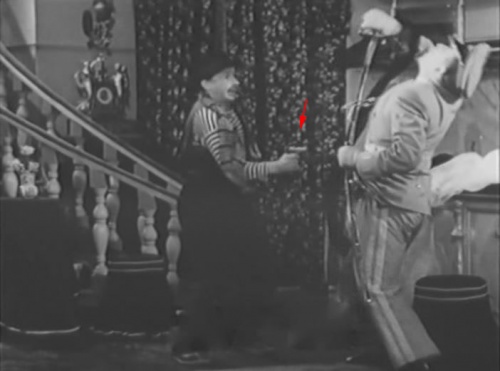 François (Erast Garin) manages to get the officer's pistol. 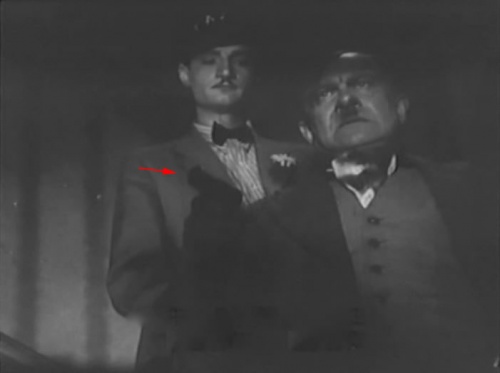 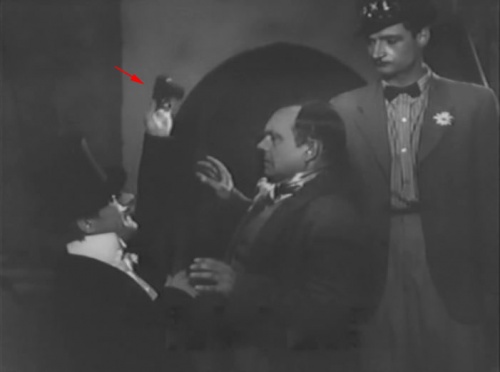 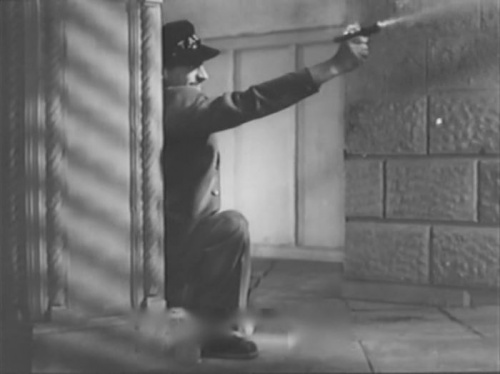 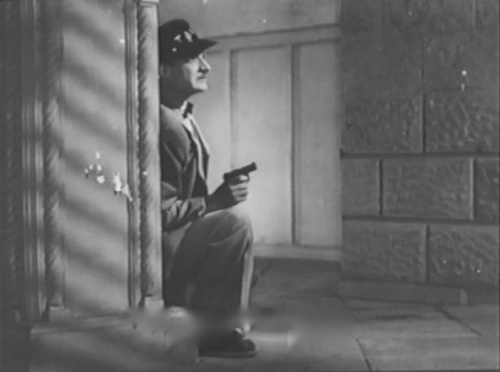 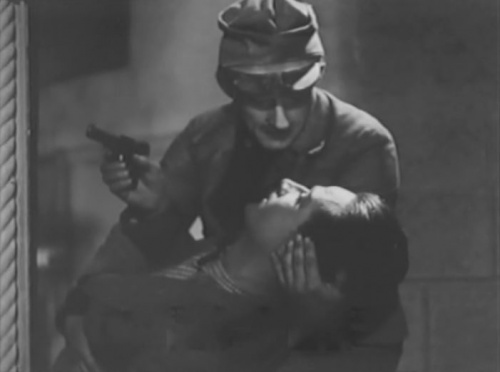 In the scene in Paris German Maj. Müller (Lev Krovitskiy) is armed with a Mauser M1914. 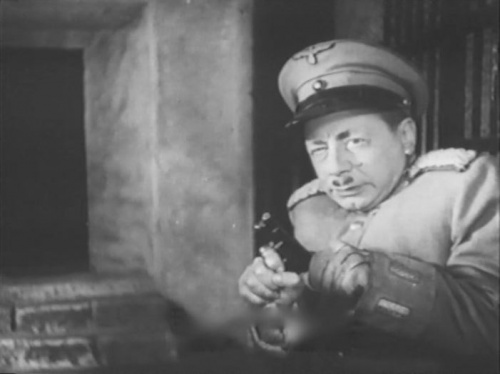 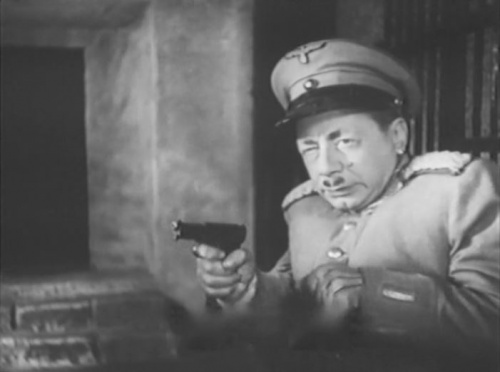 The officer readies his pistol. 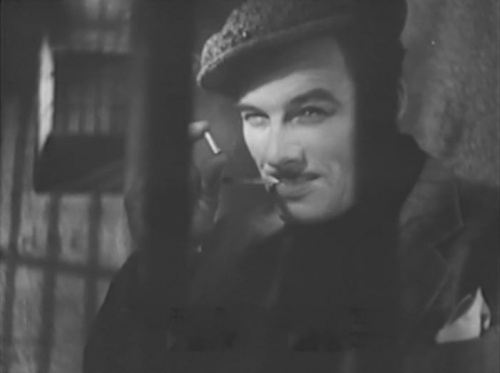 But his pistol appears to be discharged by masterful pickpocket Louis Gavar (Boris Tenin) who shows a cartridge from Müller's pistol.

Mauser C96 pistol is seen in hands of a Czech resistance fighter. 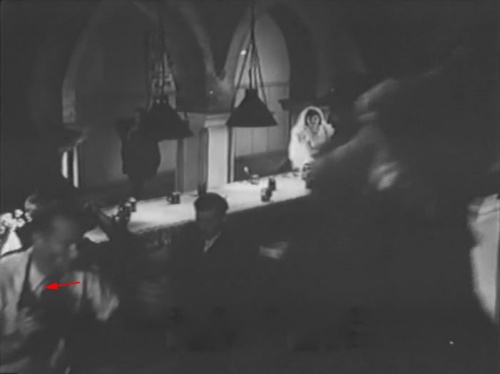 A man in white shirt at the left holds a Mauser C96.

Gestapo officers use Luger P08 pistols during the shootout with Czech resistance. 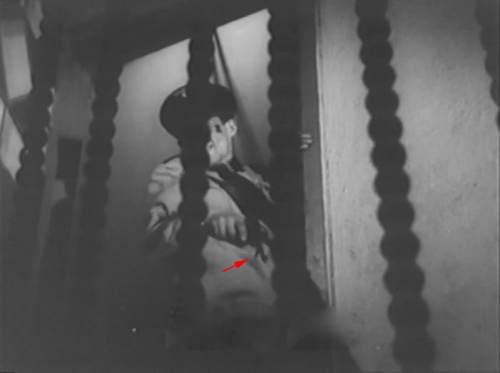 An officer with a Luger is shot. 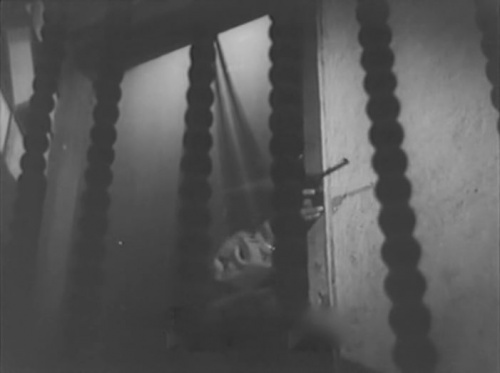 The barrel of his pistol is seen. It looks slender than the standard P08 so the pistol may be an early version of Luger in 7.65mm caliber. 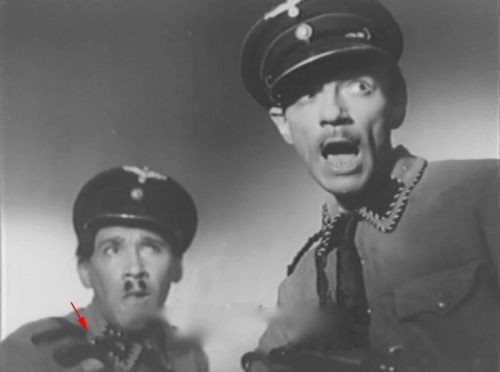 An officer at the left holds a Luger. 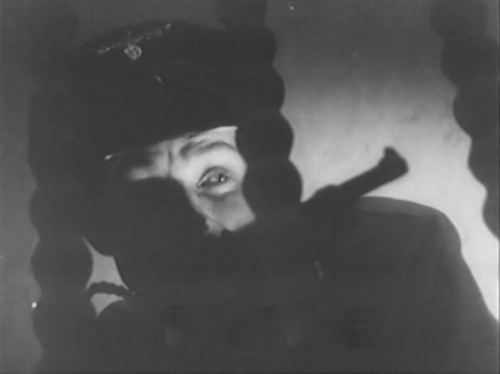 A closeup of a Luger.

One of Gestapo officers is armed with an MP40 SMG during the shootout with Czech resistance. 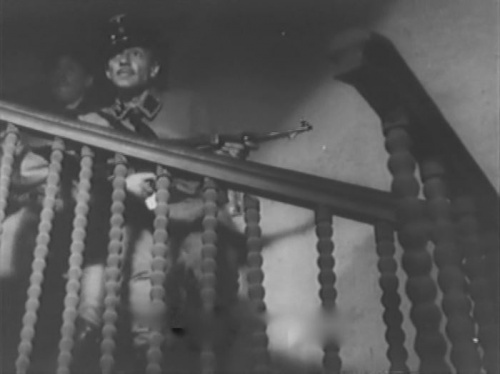 A Gestapo officer with MP40.

German soldiers, patrolling the streest of Paris, are armed with Mauser Gewehr 1898 rifles. 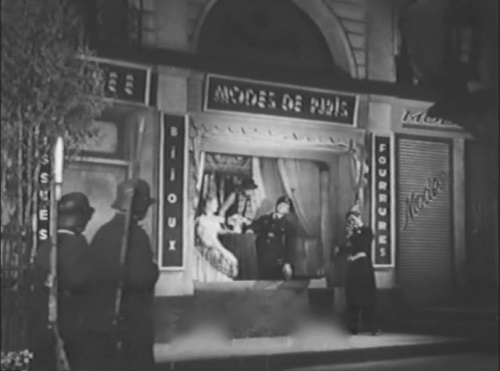