The New Adventures of Schweik (Novye pokhozhdeniya Schweika) is a Soviet 1943 war comedy. The film depicts the adventures of The Good Soldier Švejk (also spelled Schweik, in this form the name is used in the English title of this movie) (Boris Tenin), the main character of the famous Czech novel by Jaroslav Hašek. The story followes the events, described in Boyevoy kinosbornik No. 7, and in 1942 movie Schweik Is Preparing for Battle (Schweik gotovitsya k boyu). In The New Adventures of Schweik Josef Švejk is forcibly mobilized in Wehrmacht and send in occupied Yugoslavia where he tries to help local partisans.

The following weapons were used in the film The New Adventures of Schweik (Novye pokhozhdeniya Schweika): 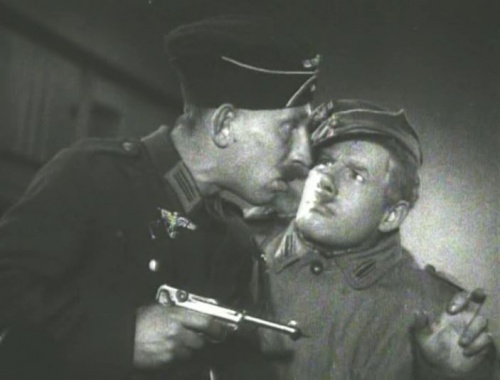 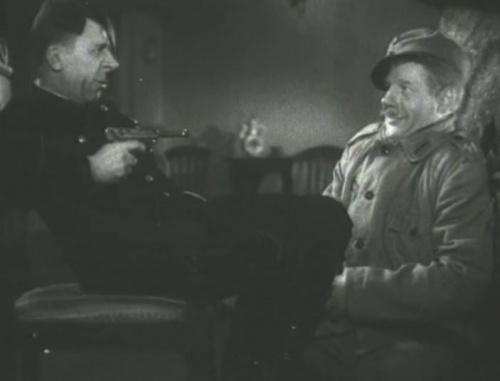 Hitler with a Luger. 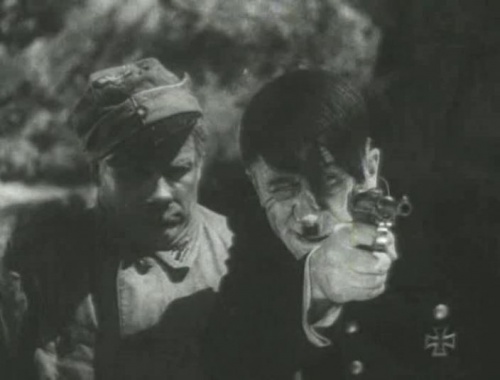 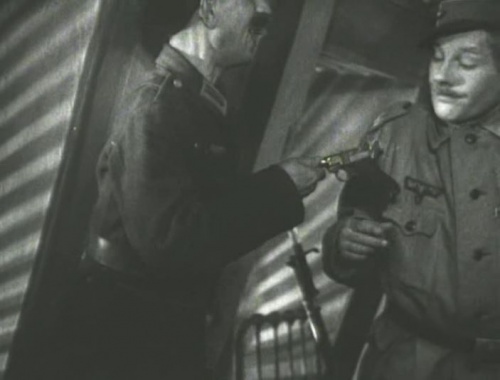 Spukke gives the pistol to Švejk. 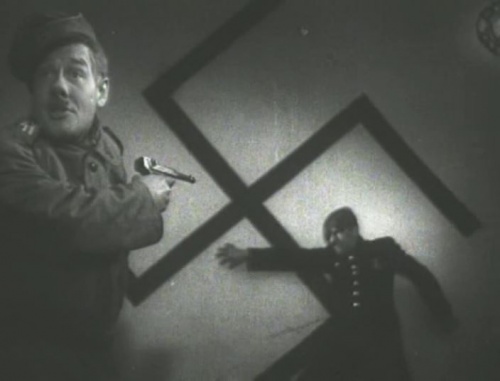 Švejk aims the Luger at Hitler.

MP40 SMGs are used by German soldiers and Yugoslavian partisans. 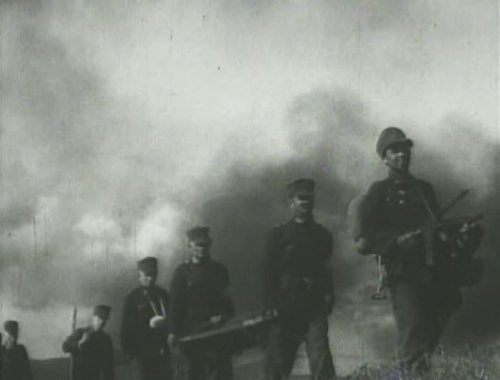 A soldier in front of the column carries a pair of MP40s. 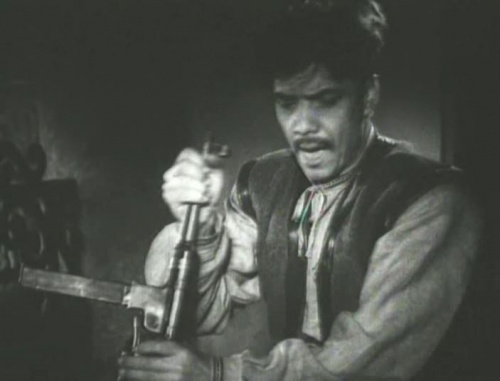 A partisan with MP40. 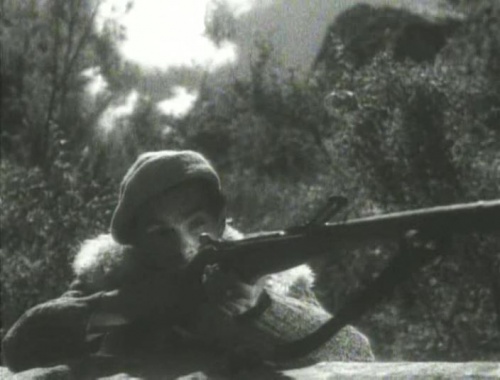 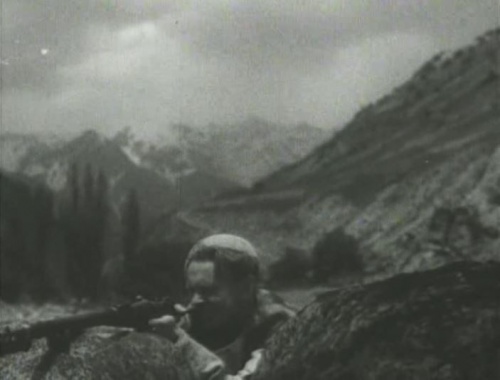 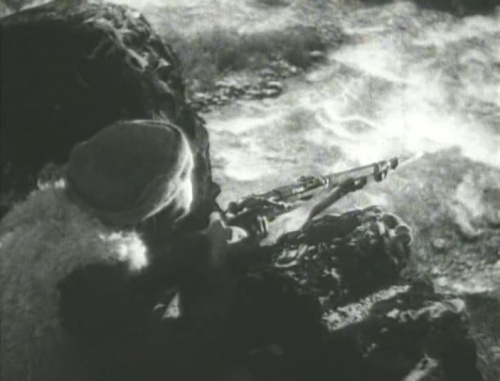 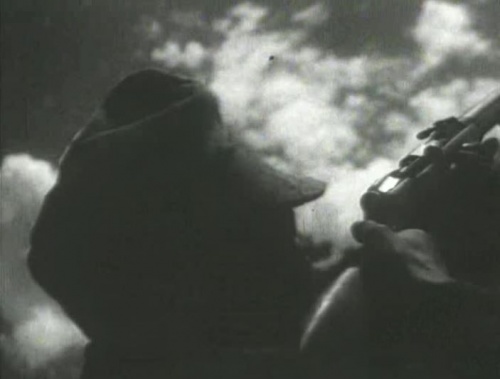 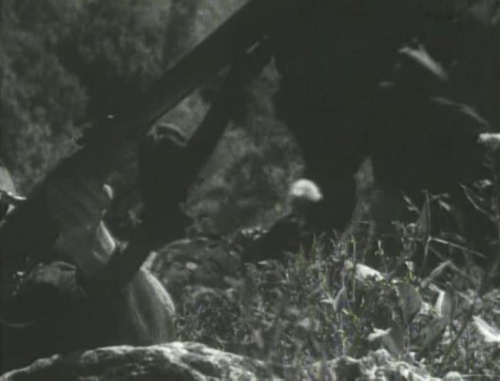 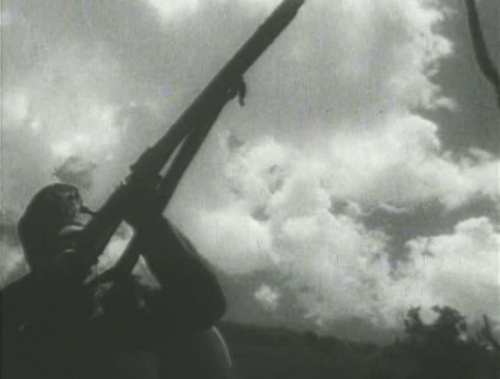 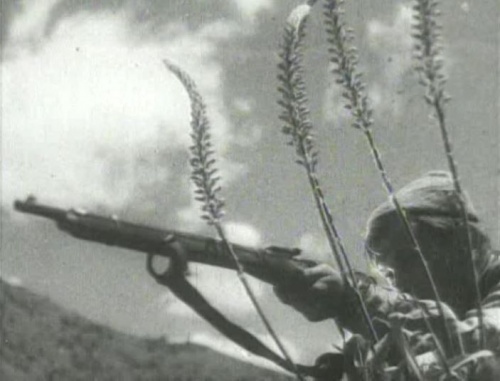 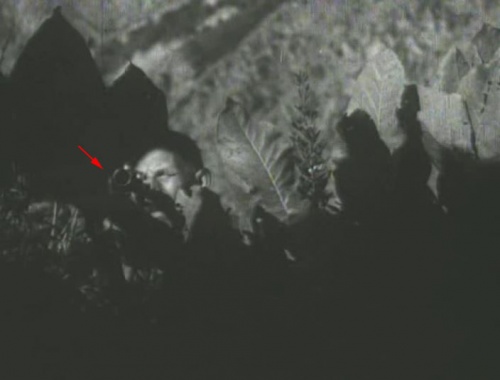 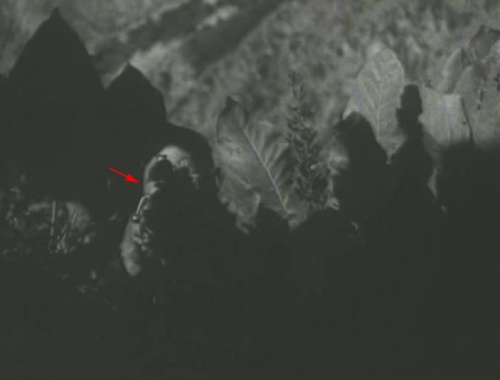 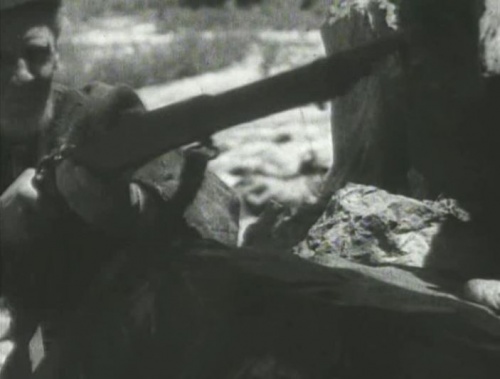 A partisan (Mikhail Troyanovsky) holds a Mauser rifle. It has turned down bolt handle. 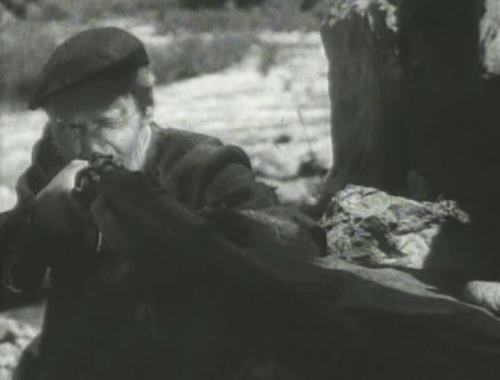 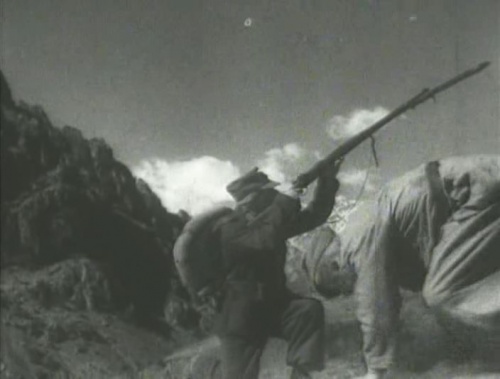 A German soldier fires a Mauser rifle. It is fitted with a bayonet that is fitted in a nonstandard way (the bayonet itself resembles a German M1898/05 a/A). 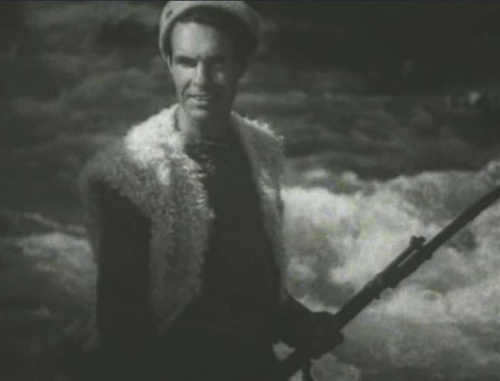 A partisan with Mauser rifle. 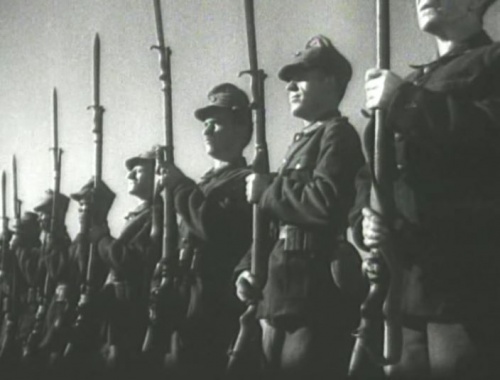 German soldiers (their uniform looks more like a Hugarian one) stand in formation. Bayonets on their Mauser rifles are supposedly M1898/05 a/A.

A Mauser rifle with same style bayonet is seen at the background.

What appears to be a Mauser Gewehr 1898 is seen next to the body of a German soldier. 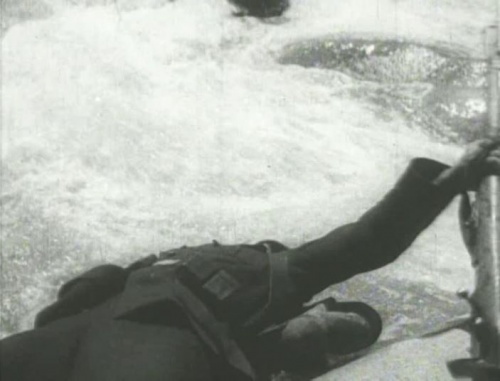 Lange-Visier rear sight can be seen, it allows to identify the rifle as G98.

Yugoslavian partisans use a Maxim M1910 machine gun, mounted on some kind of tripod instead of standard Sokolov mounting. 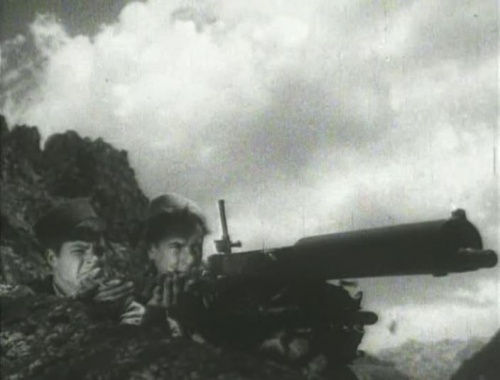 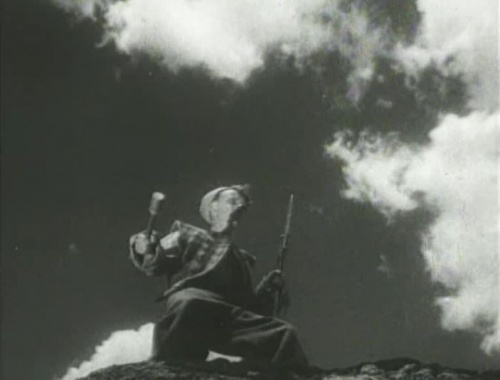 The grenade looks crude and seems to be mockup. 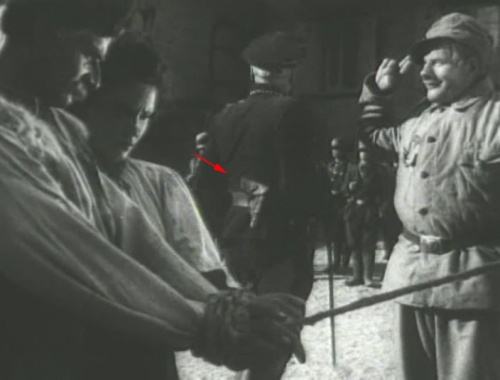 A German officer (second role of Mikhail Troyanovsky in the movie) carries a holster for FN Model 1922.
Retrieved from "https://www.imfdb.org/index.php?title=New_Adventures_of_Schweik_(Novye_pokhozhdeniya_Schweika),_The&oldid=1423499"
Categories: