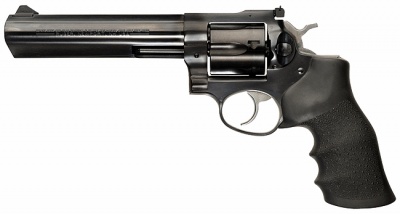 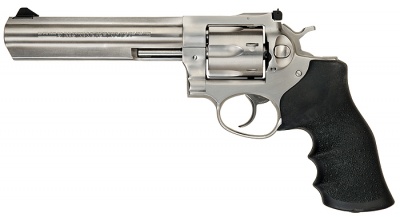 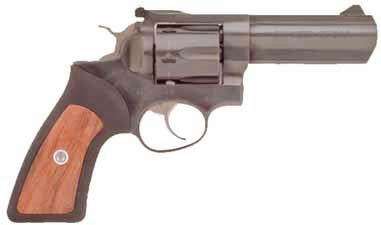 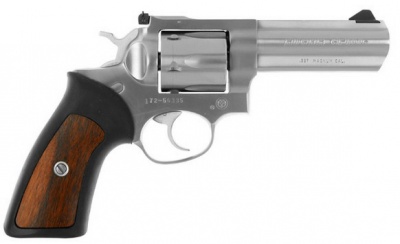 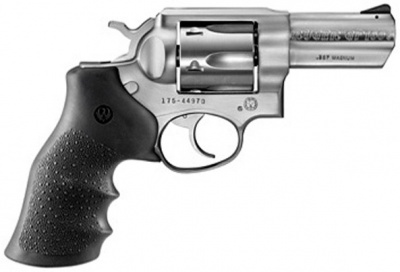 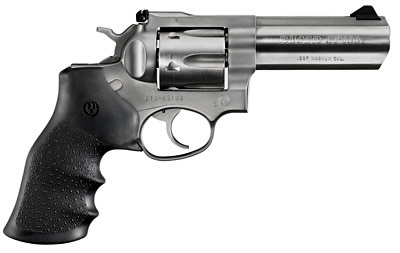 The Ruger GP100 is an improvement on the Ruger Security Six line, featuring a thicker frame, modular handgrips, and a third locking lug at the front of the crane. The GP100 is available with a blued or stainless steel finish and a variety of calibers, barrel lengths, and barrel profiles. Originally the GP100 was fitted with distinctive rubber grips which had a rosewood inlay on either side. These were manufactured by Lett Grips and were made in standard and small sizes, with the small size generally fitted to the fixed sight 3 and 4 inch barrel models. Lett Grips went out of business in the late 90s (due in part to the death of the owner Bill Lett Sr.) after which point Ruger began fitting rubber Hogue grips as standard or solid hardwood grips on some competition models. In 2016 Ruger began offering the old style grips as an aftermarket accessory, available through the company's on-line store.

The Ruger GP100 and variants can be seen in the following films, television series, video games, and anime used by the following actors: