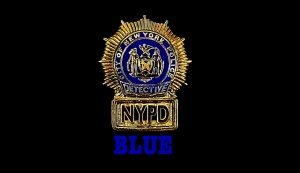 NYPD Blue was a television police drama that aired in the US on ABC for 12 seasons from 1993 to 2005. The show, which focused on a squad of NYPD detectives working out of the 15th precinct in New York City, was co-created by Steven Bochco (Hill Street Blues) and David Milch (Deadwood) and was controversial for the frank language and nudity that was unprecedented at the time for a weekly American network series. Over its 12 seasons, the series' cast included Dennis Franz, David Caruso, Jimmy Smits, Nicholas Turturro, and Kim Delaney. When the series ended in 2005, NYPD Blue held the record for the longest-running primetime one-hour drama to air on ABC until Grey's Anatomy surpassed it in 2016.

The following lists the seasons of the series NYPD Blue: